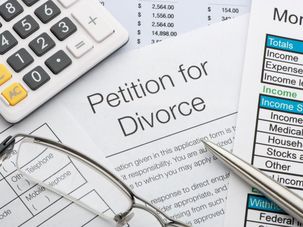 By rejecting pre-nups, Rabbi Tau is trying to draw his public further toward the uncompromising, rejectionist stance of the Ultra Orthodox in Israel. 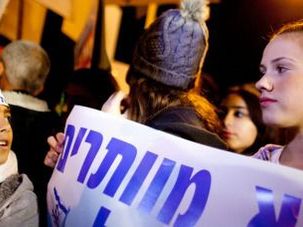 The fight over gender segregation in Israel has hit a new frontier: the airwaves. Ultra-Orthodox Radio Kol Barama has only men on the air and few women callers.

Women-Only Fertility Conference Is No Answer

Pressure against the Pu’ah to abstain from holding a conference for men only on fertility and Jewish law seems to be working. As of this morning, 9 out of 10 Israeli doctors scheduled to speak had withdrawn. In addition, the Ethics Board of the Physicians’ Union announced that from now on doctors will not be allowed to participate in medical events or conferences in which women are excluded, either as speakers or patients. This is an enormous victory by any social activism standards.

At Gynecology Confab, No Women Allowed

Imagine a medical conference dedicated to women’s bodies in which no women are allowed to speak or even sit in the audience. No, this is not a Victorian novel or the back room of an old-fashioned gentlemen’s club. This is Israel 2012. 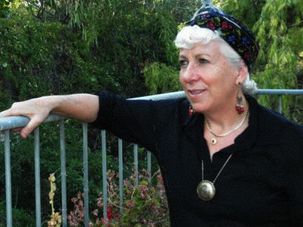 This year’s conference of Kolech, Israel’s Orthodox feminist forum, grappled with cutting-edge issues around homosexuality, the place of transgender women in Orthodoxy and the shared lifestyles of Muslim and Jewish religious women.

Orthodox Marriage Prep on the Agenda at Kolech Conference

The women’s basketball team Elitzur Ramle won the Eurocup championship for the first time in Israel’s history in a 63:51 victory against French team Arras. Star player Shay Doron who was also the first Israeli woman to play in the WNBA, said the team was “ecstatic” about the win. Despite the incredible triumph, women’s sports in Israel remain largely under-reported and under-attended, lamented Ramat Gan council member Israel Zinger who was at the national championship and found few public officials there. Needless to say, that wouldn’t be the case had the men’s team been up for the European championship.

Fired for Being a Religious Feminist?

The recent legal victory of Hana Kehat, founder of the Orthodox feminist Israeli organization Kolech, has implications for working women in Israel and for feminists worldwide: The courts ruled that she was fired illegally from the Orot Teachers’ College in 2005, and that she must be immediately reinstated.

There are no halachic problems with women becoming rabbis, and virtually no rabbinic functions that women cannot perform. So argued Dr. Hana Kehat last week at the inaugural Limmud Modi’in conference — a Jewish learning festival modeled on the famous Limmud conferences of England. Kehat, the renowned scholar and founder of the Orthodox feminist organization Kolech, spoke on a panel (along with yours truly) about the subject of Orthodox women rabbis.

The Rabbi Motti Elon story was back in the news this week. It seems that despite all the hubbub over the investigation into his alleged sexual abuse of students, and despite his agreement not to continue teaching, Elon has been giving classes, some of which are even being posted on the Internet by his fans.