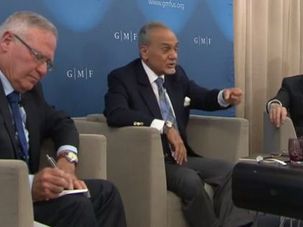 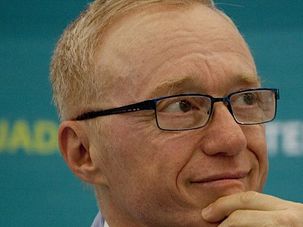 Multiple charges against a former Chabad-Lubavitch youth leader in Melbourne have been dropped.

And the Oscar Didn't Go to 'Bashir'

The Israeli film “Waltz With Bashir” — Ari Folman’s animated documentary about the 1982 Lebanon War — was favored to win the Oscar for best foreign language film. But it was beat out for the award Sunday by the Japanese contender “Departures,” about an unemployed classical musician who takes a job in a mortuary.

The Olmert government is drawing harsh criticism from American Jewish philanthropists and Israeli officials for failing to coordinate relief efforts in northern Israel during the recent war in Lebanon, leaving the not-for-profit sector to shoulder an unfair share of the responsibility.

Reflecting growing discontent in Washington with Israel’s use of American-made cluster bombs in heavily populated areas of Lebanon, two leading Democratic senators this week introduced legislation that would require recipients of such munitions not to use them in or near civilian centers.

The fate of the Middle East, over which recent events in both Gaza and Lebanon cast a foreboding shadow, is dependent on five weak leaders.

A Master of the Rolodex

With about 299 more Amnon Rodans, United Jewish Communities’ goal of raising $300 million in emergency aid to Israel would be a cake walk.

On July 12, the day that two Israel Defense Forces soldiers were kidnapped by Hezbollah, setting into motion Israel’s war in Lebanon, Rebecca Yale lowered the commemorative 9/11 flag she had flown alongside her Stars and Stripes and replaced it with the flag of the State of Israel.