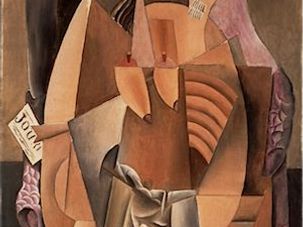 Cosmetics tycoon and philanthropist Leonard A. Lauder has donated his $1 billion collection of Cubist art to the Metropolitan Museum of Art. The collection includes 78 Cubist paintings, as well as drawing and sculptures by Pablo Picasso, Georges Braques, Fernand Léger and Juan Gris, many of them signature and historically significant works.

Leonard Lauder Donates $1B Collection of Cubist Art to Metropolitan

Cosmetics heir and art collector Leonard A. Lauder donated his collection of 78 Cubist works valued at more than a $1 billion to New York’s Metropolitan Museum of Arts, its director said on Tuesday.