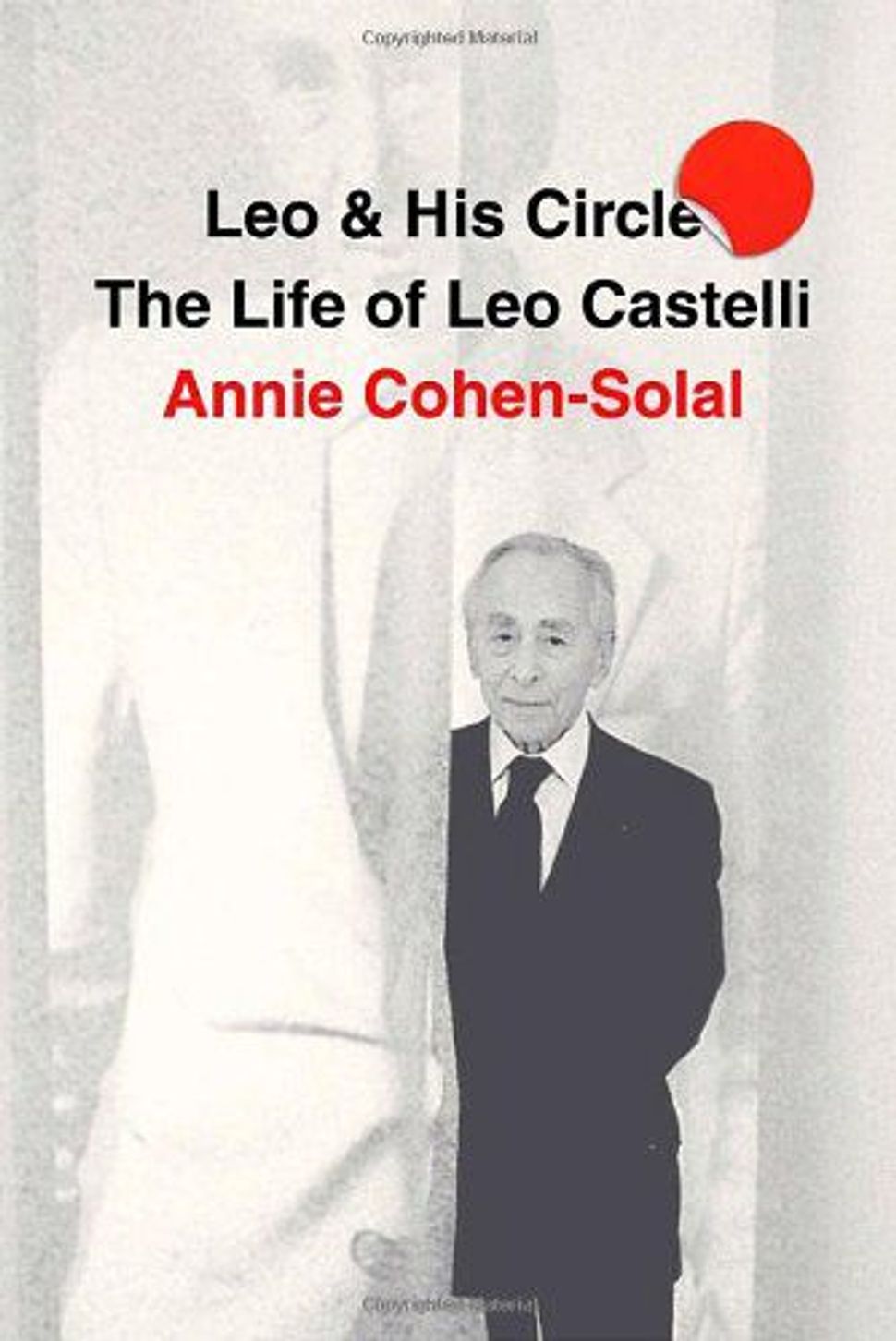 Castelli is perhaps best known for helping make artists such as Roy Lichtenstein and Jasper Johns the legendary names they are today. But few realize the extent to which one New York Jewish institution helped spur his own career.

“The Jewish Museum played an unexpected role in Castelli’s success,” said Annie Cohen-Solal, author of “Leo and His Circle: The Life of Leo Castelli” at a recent panel in New York (Solal will also be speaking on Castelli at upcoming lectures in Maryland, Los Angeles, Minneapolis and Chicago). There, in 1957, Castelli first glimpsed Jasper Johns’s green wax painting of a target and had an epiphany. “I can’t think of anything else,” Castelli told his first wife Ileana at the time.

In that show, Schapiro broke the barrier by exhbiting 23 post-Expressionist artists. The Renaissance scholar Leo Steinberg, “a kind of Vilna Gaon” of art history according to educator Robert Pincus-Witten, wrote the catalog essay. “To exhibit these painters at the Jewish Museum is perhaps a departure from established practice,” Steinberg observered. “Both Jewry and modern art are masters of renunciation…Jewry survived as an abstract nation, proving, as did modern art, how much was dispensable.”

The tide emphatically turned when the Jewish Museum hired a young, Harvard-trained Cornell professor named Alan Solomon in July 1962. The cross-pollination with Castelli was immediate. Both were divorcés who loved to schmooze about art and women, perhaps not in that order.

Solomon quickly mounted retrospectives of Rauschenberg in 1963 and Johns in 1964. Many of Castelli’s artists later received a shot in the arm in “New York Painting and Sculpture: 1940-1970,” an influential 1969 show at the Metropolitan Museum of Art arranged by Henry Geldzahler, the Met’s young, cigar-smoking curator. The show signaled not only a new era in the appreciation of contemporary American art, but also Castelli’s rise to the heights of the art world.

Castelli had come a long way since his birth as Leo Krausz in 1907 in Trieste. When fascist Italy forced Jews to drop their Jewish surnames, the family changed Krausz to the Italian maternal name Castelli. Over the years, Castelli remained somewhat of a sphinx, never volunteering to talk about his Jewishness but never denying it either. The dealer achieved an “erasure of his Jewishness,” Cohen-Solal writes.

Arriving in New York in 1941, Castelli was misemployed in a relative’s New Jersey factory making sweaters; for relief, he slipped away on daily visits to the Museum of Modern Art. In his later role as a New York gallery owner, the nattily-dressed Castelli, who was debonair as a European diplomat, connected artists, collectors and dealers. “He was the shadkhen (matchmaker) between Jackson Pollock and the dealer Sidney Janis,” said Cohen-Solal, describing how, like a Medici with a Jewish twist, Castelli handed out stipends to his artists.

Castelli would calibrate a collector’s interest, maintaining a waiting list to keep certain collectors at bay. Leonard Lauder never got off the list, and Si Newhouse was initially rebuffed.

Castelli’s confidence in his artists appears to have been well placed, and his sense of the market was spot on. A Jasper Johns “Flag” painting owned by Castelli’s son reportedly sold in 2010 to businessman Steven A. Cohen for what is believed to be $110 million. But Castelli’s legacy may lie chiefly in making Europe pay sustained attention to American art, and for making modern art, especially Pop Art, more comprehensible to a wider audience.

Watch Leo Castelli being interviewed together with Roy Lichtenstein: