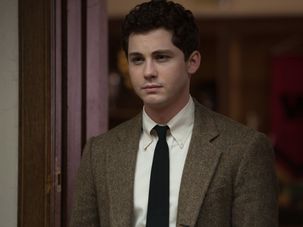 Logan Lerman, star of the Percy Jackson films “The Lightning Thief,” “Sea of Monsters” and now the Philip Roth adaptation “Indignation” talks to the Forward about how Judaism has influenced his acting career.