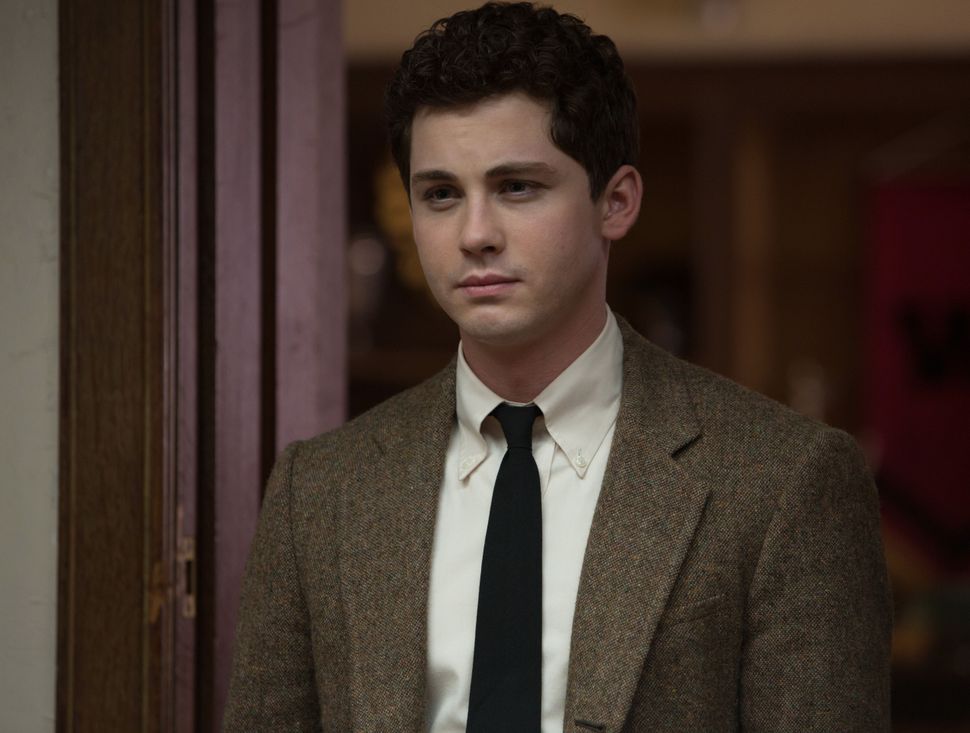 Percy Jackson is not dead. He’s in a coma, and not likely to survive — at least in film — but where there’s life, there’s hope.

This according to Logan Lerman, the 24-year-old star of the two popular Percy Jackson films, “The Lightning Thief” and “Sea of Monsters.” Since then, Lerman has established himself as an actor of remarkable subtlety and range in films like “The Perks of Being a Wallflower” and “Fury.”

So it is something of a surprise that he longs for the good old days. “I would love to do another [Percy Jackson film,]” Lerman told the Forward. “It’s all about balance; I like to switch it up and do different things.” But, and there’s always a but, nothing is in the works, “not that I know of. Of course I would know.”

Lerman’s latest film, “Indignation,” is based on a 2008 novel by Philip Roth that, like many of the author’s works, is at least partially autobiographical. Director/screenwriter James Schamus faithfully captures the spirit of the book and in the process has created the best adaptation of a Roth work since “Goodbye, Columbus.”

Lerman plays Marcus Messner, the son of a kosher butcher in Newark, New Jersey. It’s 1951, the Korean War is in full swing, and local boys — the ones who couldn’t get college deferments — are dying; shiva calls have become a regular occurrence.

It’s a film about sex and fate, and actually works better if you haven’t read the book. The acting is uniformly excellent.

Lerman had not read the novel before being offered the part. “I just read the script and I had a visceral reaction to the material,” he said. “It was one of those moments. I knew I wanted to do it right away, from the script alone and the strength of the characters in it.”

Once he got the job, Lerman “read the book right away, and I had six months to try to understand a lot of details about the character.”

Lerman grew up in relative comfort in Beverly Hills, California, attended Hebrew school and was bar mitzvahed. His family ran Lerman & Son, a company that was founded by his grandfather and made orthotics and prosthetics.

Lerman was particularly close to his grandparents, all of whom were born abroad — three in Europe, the other in Mexico. “I have a very tightly knit family,” he said. “A lot of who I am is based on the groundwork my grandparents set up for me during my childhood: the importance of family, the importance of staying connected through hard times and good times.”

His mom, Lisa Goldman, manages his career, which began when he was just 8 and was cast in two films, “What Women Want” and “The Patriot.”

Asked if there is a downside to early successes, Lerman said no: “The only stress I have is finding the right material I respond to.”

As for his future, well, yes, he says he really wants to direct.

“Producing, acting in films, writing movies, anything involved in the process of filmmaking. I love being an actor,” he said. “It’s something I can’t imagine I’ll ever stop doing. But I also have a strong desire to be the painter, not just the paint. As an actor in any role, your job is to help directors achieve their vision. As an actor, I’m just a shade of a color of paint working with them to decide which shade works best. I have a strong desire in the future to make films, to be the one with the vision.”