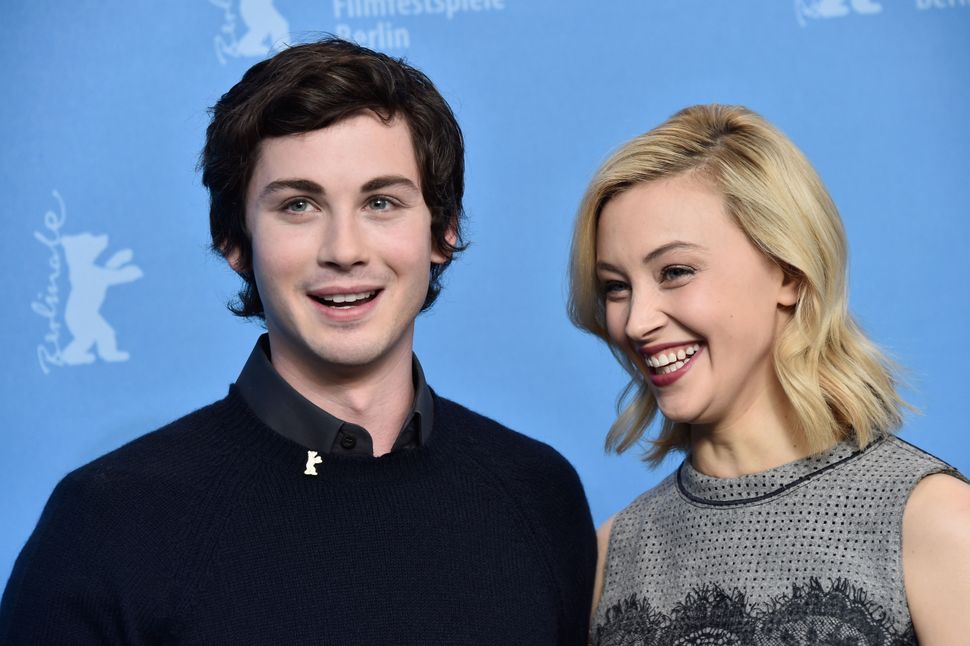 It’s unlikely that when Logan Lerman stepped into his first starring role in the fantastical “Percy Jackon & the Olympians: The Lightning Thief,” in which he played the titular Percy, many pegged him as a young actor who’d be perfect for the next Philip Roth adaptation. Yet the buzz is that Lerman, who stars as Marcus Messner in an upcoming adaptation of Roth’s 2008 novel “Indignation,” is perfect for the part.

In the film’s newly released trailer, he certainly seems to fit comfortably into the role. Messner is a New Jersey Jew in the 1950s, the son of a butcher, whose religious preference tends to the atheistic, an inclination that does not serve him well when he begins to attend a Christian college in Winesburg, Ohio. In the trailer, we see hints of Messner’s clashes with the school’s headmaster and the first motions of his fraught love affair with an apparently unstable blonde.

While the trailer is promising – perfectly period, to begin with, right down to the slight but unmistakable accents adopted by the actors – it’s worth noting that when the novel that inspired it was released, it was received with something less than praise. Christopher Hitchens, for instance, reviewing “Indignation” for the Atlantic, concluded his article with the damning words “The characters in ‘Indignation’ are for the most part thin and flimsy, and the contrived relationship between the local and the cosmic, or the local and the global, finally manages only to produce a mainly storm-in-a-teacup effect.”

Will the movie live up to early buzz, mostly centered around Lerman’s performance and the directorial debut of screenwriter James Schamus, or will it follow, regrettably, in the footsteps of its source text? We’ll have to wait until July to find out.