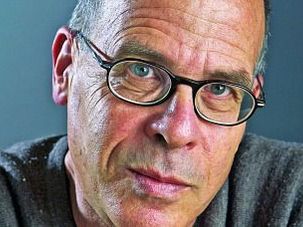 FORWARD BOOKS SPECIAL: Novelist Meir Shalev tells the true story of his grandmother. She’s a Zionist heroine in her own mind, and a deranged malcontent to everyone else.

Meir Shalev, one of Israel’s most renowned novelists, interviewed Ludmilla Ulitskaya from Russia at the International Writers’ Festival at Mishkenot Sha’ananim in Jerusalem on Tuesday May 4. Author of “Blue Mountain” (1991, “Russian Novel” in the Hebrew, translated by Hillel Halkin), more recently the acclaimed “A Pigeon and A Boy” (2007, translated by Evan Fallenberg) and the forthcoming “That’s How it Was,” Shalev discussed with Ulitskaya some of the similarities and differences between Russian and Israeli writers. I caught up with him after the panel to ask a few more questions: