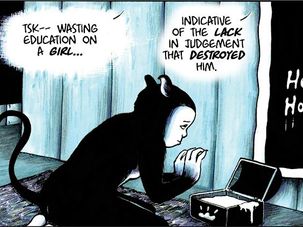 Miss Lasko-Gross’s poignant ‘Henni’ arrives at a charged moment for cartoons and religion. In the graphic novel the female lead abandons her village in a quest for forbidden knowledge. 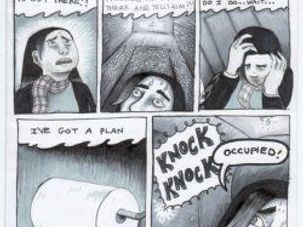 “Graphic Details: Confessional Comics by Jewish Women” is the first museum exhibit to explore this unique niche of autobiographical storytelling by Jewish women. The touring exhibit, sponsored by the Forward, features the work of 18 Jewish women artists. The Jewish Women’s Archive — its Jewesses With Attitude blog is a partner of The Sisterhood — is interviewing each of the artists about their work and their experience as a female, Jewish graphic artist.