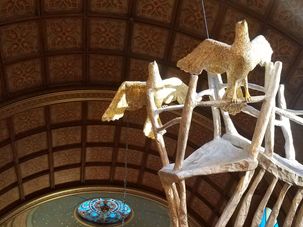 At Historic Synagogue, A Hopeful Meditation On Loss Takes Flight

Yet despite the melancholic associations that empty space so often has for Jews, the ever-present sense of loss, “Homecoming” is a hopeful work. 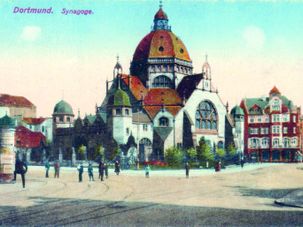 For lost synagogues in Slovakia, Moravia and Ukraine, sometimes an antique postcard is the only way we can still remember. 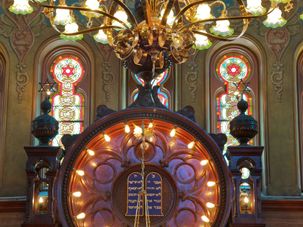 Donald Trump’s proposed cuts to our country’s most important cultural agencies are a nightmare — and no, private funding won’t make up for them. 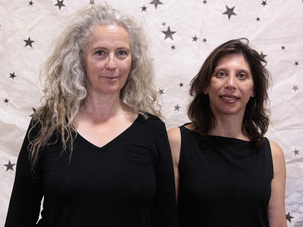 The Synagogue as a Veiled Woman

The Museum at Eldridge Street, a Lower East Side synagogue that was built in 1887 and holds National Historic Landmark status, recently underwent a quarter-century-long renovation, which culminated with the recent installment of a 16-foot glass window — see it here designed by artist Kiki Smith and architect Deborah Gans. 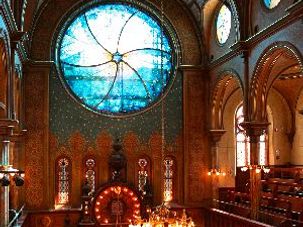 Rome wasn’t built in a day, and neither was the Lower East Side’s Eldridge Street Synagogue — not the first time, and not the second time either. The synagogue, which was originally erected in 1887, has just announced the completion of a 24-year-long restoration process, with the installment of a 16-foot circular window, commissioned by the Museum at Eldridge Street, for the eastern wall of the historical building.