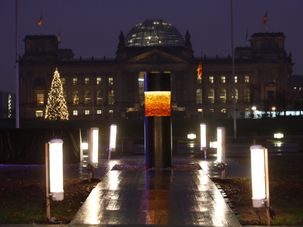 The installation was meant as a statement against far-right elements in the Germany, but Jewish groups objected to the display. 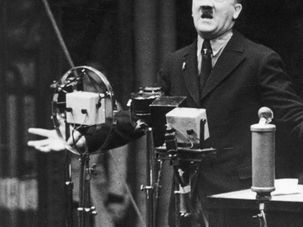 The New York Times called Hitler’s speech “more moderate in tone than most of his speeches.” 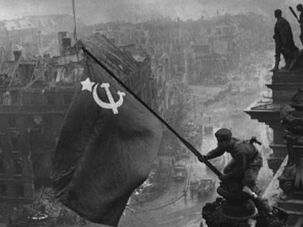 The recently discovered original copy of an iconic World War II photo which was doctored in the Soviet Union under Jozef Stalin was unveiled at the Jewish Museum and Tolerance Center in Moscow.

It’s about time the Catholic Church shared the limelight when it comes to controversial behavior by Christian leaders. This incident, which manages to include anti-feminism sentiment and hyperbolic analogies to Nazi Germany, revolves around the oh-so fractious debate over the role of women in the Church of England.