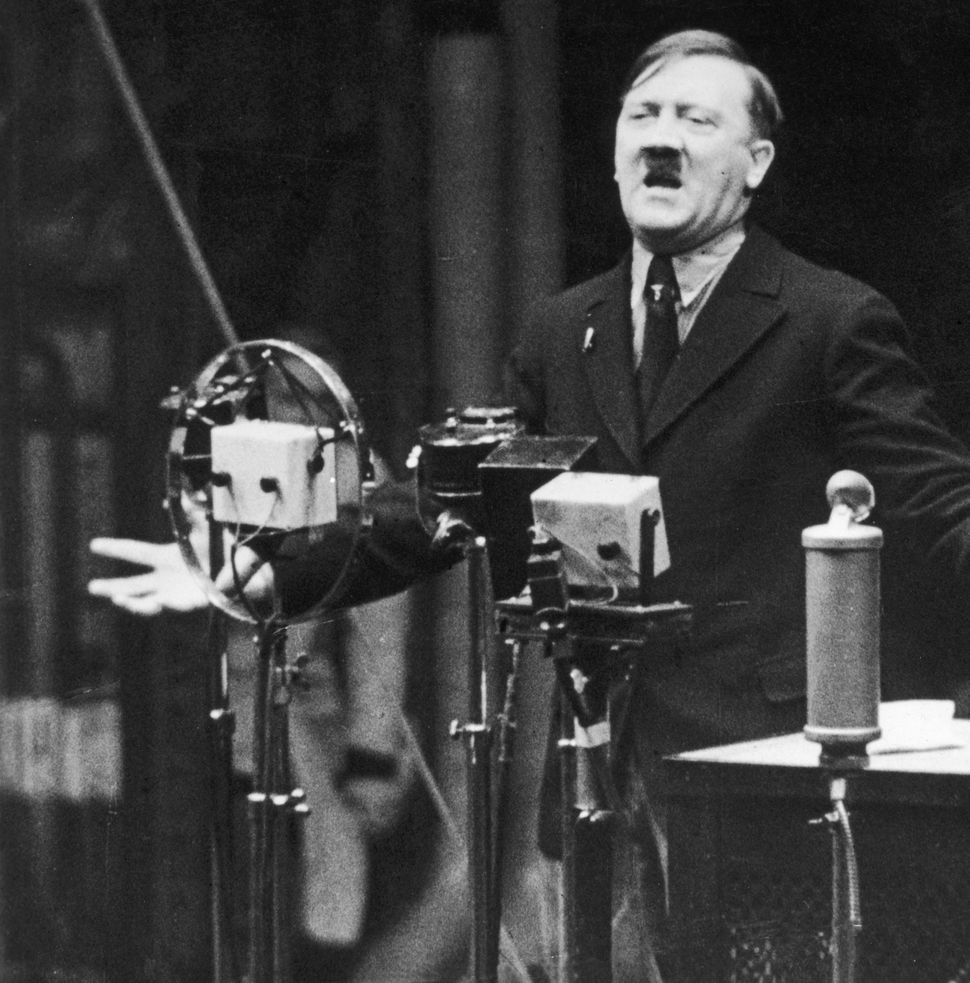 January 30, 1939. Adolf Hitler had been chancellor of Germany for exactly six years. Thousands of Jews were already imprisoned in concentration camps. Legally defined as anyone possessing at least one Jewish grandparent, Jews were prohibited from marrying so-called Aryans, and had their businesses destroyed. But his annual speech to the Reichstag, Germany’s legislative body, delivered as usual on the anniversary of his election to the chancellorship, was the first time Hitler publicly called for the annihilation of the Jewish people in Europe.

“Today I will be once more a prophet,” he said, addressing the Reichstag, “if the international Jewish financiers in and outside Europe should succeed in plunging the nations once more into a world war, then the result will not be the Bolshevizing of the earth, and thus the victory of Jewry, but the annihilation of the Jewish race in Europe!”

At the time, the remark was barely noted.

The New York Times, publishing excerpts from the official English translation of the speech, did not include this first hint at the Final Solution in its summary of “Hitler’s Salient Points.” In an analysis published on February 4, The Times’s Otto D. Tolischus referred to the speech as “more moderate in tone than most of [Hitler’s] speeches,” although he noted the official translation failed to communicate the Führer’s particularly stridency. Tolischus, while wary of Hitler, admired his performance. “This young revolutionary, grown into a statesman, is carrying out his program step by step with great will and inexorable skill,” he wrote. He did not mention the comments about Jews.

In fact, Tolischus failed to mention Jews at all, except in a brief remark on Hitler’s insistence that “Class, caste, religious difference must be wiped out and all interests must be made to serve the State or ‘race.’” He was not alone. The New York Herald-Tribune commented that the speech “did not make specific threats.” In a summary of global responses to the speech, the Nottingham Evening Post did not refer to Hitler’s comments on Jews. Ditto The Scotsman, which wrote that the speech was a respite from German threats: “Europe ought to be relieved by last night’s speech, which should, on the whole, have a calming effect on over-wrought nerves.”

It’s impossible that these correspondents failed to notice the prominence of Hitler’s enmity towards Jews, which was a guiding theme of the speech. In the translation published by The Times, Hitler referred to Jews as “enemies of the State” and “the Jewish world enemy,” decried “the Jewish international attempt to destroy European civilization,” credited the threat of international war to “hatred of Germany and the German people by Jewish and non-Jewish agitators,” declared that Jewish manipulation of the banking system had resulted in all of Germany’s economic woes, and stated that “international Jewry” was the only group in the world rooting for “the triumph of bolshevism in the Far East.”

How could the international community pay so little attention to the virulent clarity of Hitler’s attitude toward Jews — and his clear threat of their annihilation? From the perspective of history, these issues seem glaring; in the international landscape of the time, they were at best tertiary. The first concern was that of whether a world war could be avoided; the second was of the potential economic impact of German aggression. The fate of the people whom Hitler most explicitly hated barely registered.

Well, there were some exceptions. In the pages of the Forward, the news sparked panic. “HITLER THREATENS JEWS WITH EXTERMINATION IN CASE OF WAR;” read the front-page headline. The Führer, said the first paragraph, “threatened all of European Jewry with extermination if there were to be another world war.” To those who knew what to listen for, the threat was loud and clear.