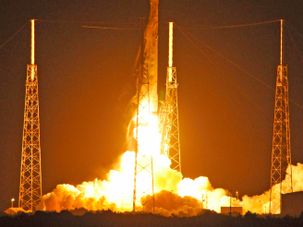 (JTA) — Elon Musk’s SpaceX company announced that it has found the cause of a September launch pad explosion that destroyed a $300 million Israeli communications satellite. The company’s Falcon rockets have been grounded since the Sept. 1 explosion. SpaceX said in a statement that it expects to return to flight on January 8. The…