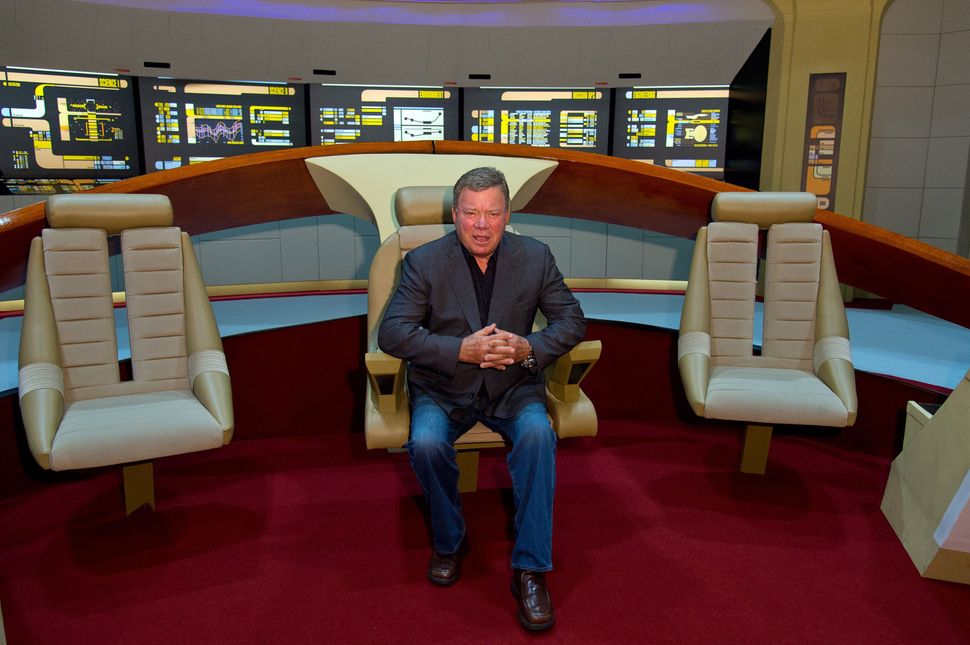 William Shatner, abusive Twitter gadfly and erstwhile Starfleet captain will go to space on Jeff Bezos’ Blue Origin per a TMZ report. If true, Shatner, 90, some few decades older than the cast of “Space Cowboys,” would be the oldest man ever to go to space. (Unless we count the ancient David Bowman from the final minutes of “2001.”)

While I understand the impulse to ask whether Shatner, a man most known of late for getting into Twitter fights with members of marginalized communities and hosting a show on Russian state media, deserves a seat on the New Shepard capsule this October, it’s not the right question. The question is whether space deserves Shatner.

When thinking of humanity’s offerings to the galaxy, you may recall the Golden Record from the Voyager, containing the works of Bach and Mozart. Is space ready for the musical stylings of Shatner’s shambolic album “The Blues?” Doubtful, as Earthlings are still reeling.

Is the final frontier prepared for a man who boldly logs onto the bird app to snipe at Jews of color, trans people and autistic advocates? Shouldn’t we be keeping our garbage out of space?

Look, I understand the novelty appeal — Shatner’s whole brand. Certainly it makes some sense that the world’s richest man would handpick a fictional space explorer for his small-nation’s-GDP-priced vanity project. But, as anyone who witnessed the maiden flight of the penis-shaped capsule a few months ago knows, we won’t exactly be encountering any Klingons in this 15-minute skimming of the stratosphere. I don’t think the plot of “Galaxy Quest” will be playing out.

That’s a good thing. Bill may have been good enough for the bridge of the Enterprise, but he’s not first contact material.