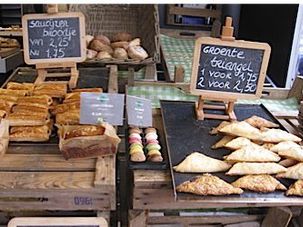 It took me a while to feel acclimated and comfortable in Amsterdam, the city where I studied abroad. Riding my bicycle along those too-worn streets was terrifying at first—surrounded by spinning cars and fast-talking people who smiled with wide wide teeth. Everywhere I went, there was meat and French fries and eight different kinds of yogurt, but never any leafy greens or seitan skewers to roll around on my tongue. Everything about it was both strange and familiar — and the two twisted together constantly. An odd combination of competing realities, each one struggling to declare dominance over the other. 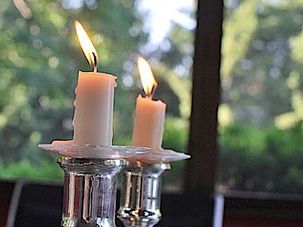 We never could decide what (if any) prayers to say, what language to say them in, or what gender pronouns to use. For a stretch of time my “Shabbat crew” was a mish mash of religions (Catholics, atheists, Buddhists, etc) and religiosity (or lack thereof). We were a feisty group of about 15 college students, fresh out of the dorms and into off-campus housing and excited about a weekly dinner party with a little something more.