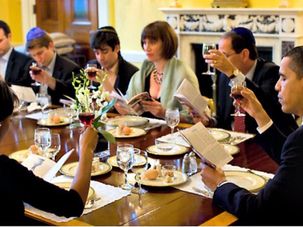 Having stumbled upon a collection of images of White House Seders past, our food editor thought she’d share the memories. 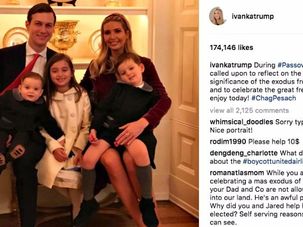 Neither President Trump nor his Jewish family members attended the White House Seder. 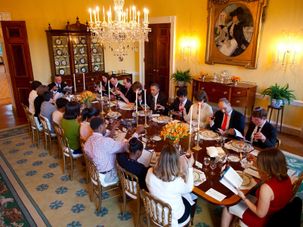 President Barack Obama will host a Passover seder this year, but not on either of the nights it is required according to Jewish custom. 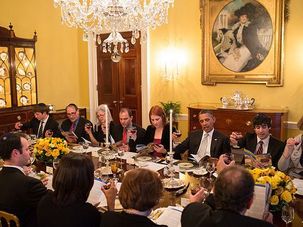 Seder Pictures — From the White House 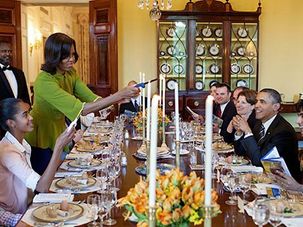 The Obamas’ Seder is a little different from others — it includes a reading from the Emancipation Proclamation. And, of course, the Secret Service knows where the afikomen is hidden.

Herbie Ziskend’s grandmother, Joan Mass, sent in the follow recipe for Chicken Roast to the White House Seder, which has been served several times. “My grandmother has been using this recipe forever…[she] has been serving this dish to her kids and then her grandkids since the 1950’s,” Ziskend told us in an email. The recipe is originally from Joan’s mother.

Eric Lesser grew up having his family’s carrot souffle at Seder. When he was invited to celebrate the holiday at the White House, the President’s chef recreated it. 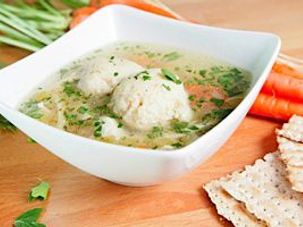 Joan Mass, the grandmother of Herbie Ziskend, shared her recipe for matzo balls (they’re usually floaters, but sometimes sinkers) with the White House. 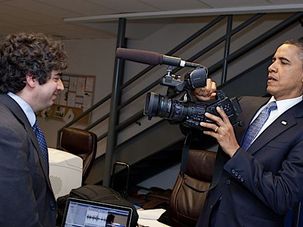 Arun Chaudhary, the White House’s first videographer, chats about chronicling the Obama years and all those White House seders he attended.