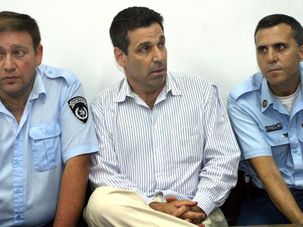 Former energy minister Gonen Segev was jailed for five years in 2005 for trying to smuggle more than 30,000 ecstasy tablets into Israel. 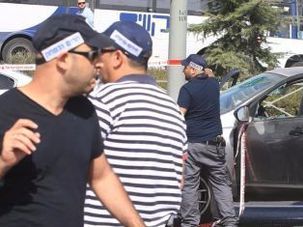 The Palestinian wave of lone-wolf terrorism that began a year ago has continued intermittently into the current Jewish holiday season. When a terrorist can get his hands on a gun, as happened Sunday near Jerusalem’s Ammunition Hill, that will always be the preferred option, not a stabbing or a car-ramming that usually cause fewer casualties. And because the gunman who killed a woman and policeman Sunday was from East Jerusalem, he had no problem reaching the site by car. 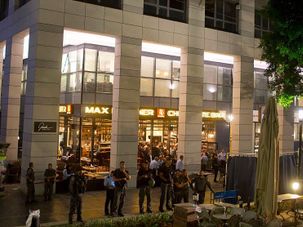 The shooting on Wednesday night in the very heart of Tel Aviv, in which four people were killed and six wounded, was the first lethal attack in Israel for exactly three months.

The army is considering revoking a ban on Jews entering West Bank cities that are under Palestinian Authority control, in view of significant improvement in security and in Israel’s coordination with Palestinian security services.

U.S. To Store $800 Mil in Emergency Gear in Israel

The U.S. Army will double the value of emergency military equipment it stockpiles on Israeli soil, and Israel will be allowed to use the U.S. ordnance in the event of a military emergency, according to a report in Monday’s issue of the U.S. weekly Defense News.

A resident of the West Bank settlement outpost Shvut Rachel was arrested last month for suspected murder and for his alleged role in a string of attempted murder plots, according to details of an investigation revealed on Sunday after a gag order on the case was lifted.

In Bombing of Gaza-Bound Weapons, Israel Sends Message to Iran

As the final curtain comes down on the Olmert government, CBS reported a sensational air force bombing of an Iranian weapons convoy in Sudan. If Olmert’s critics claim that his main legacy is two wars — one failed (Lebanon) and the other problematic (Gaza) — and the failure to return Gilad Shalit, here is a rebuttal.

During Operation Cast Lead, Israeli forces killed Palestinian civilians under permissive rules of engagement and intentionally destroyed their property, say soldiers who fought in the offensive. The soldiers are graduates of the Yitzhak Rabin pre-military preparatory course at Oranim Academic College in Tivon. Some of their statements made on Feb. 13 will appear Thursday and Friday in Haaretz. Dozens of graduates of the course who took part in the discussion fought in the Gaza operation.