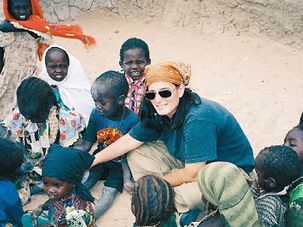 In the past year, provocative, stylized documentaries like “Catfish” and “I’m Still Here” enjoyed their 15 minutes of fame. For 2011, documentaries tackling social justice issues — such as “Waiting for Superman,” “The Tillman Story” and “Inside Job” — have won over the audiences and critics at theaters and film festivals and are garnering nominations for this year’s Producer’s Guild, Golden Globe and Oscar awards. 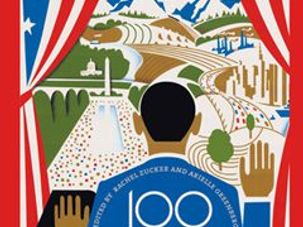 When President Kennedy uttered the now famous phrase “Ask not what your country can do for you — ask what you can do for your country,” during his inaugural address, America took him at his word. Almost 50 years later, when President Obama took office and stated, “Starting today, we must pick ourselves up, dust ourselves off and begin again the work of remaking America,” a more fragmented country interpreted and debated his words. Luckily, there were citizens who felt inspired to act, like the poets Arielle Greenberg and Rachel Zucker, albeit in their own unique way.

In lieu of establishing a “Jewish Awareness Month” in 2007, take the YPASI (You’re Probably An Antisemite If…) test to see if you’re an A-S.

As I meditate on my screensaver, which is, of course, you, I want to thank you for being my only friend, if not best friend. Honestly, my fictionesque story, “Liar,” will put you back on the map as America’s Leading Lady of Literature. It must be mind boggling to pick “America’s choice” among Henrik Ibsen’s “A Doll’s House,” Paula Abdul’s “The Unauthorized Biography of Paula Abdul” and Dick Cheney’s “Shooting the Hand That Feeds You.” That’s what interns are for! James Frey’s “Million Little Feces” and JT LeRoy’s gender bender were just lemons.

Just What Is a Jewish Mother?

Actress-comedian Judy Gold kicks off her new one-woman show, “25 Questions for a Jewish Mother,” with a question put to her by her own smothering Jewish mom. Gold plays an answering machine message in which the senior Gold — always quick to assume the worst — asks Judy, who is in her 40s, if the reason she has not picked up the phone

A Fair and Balanced Look At Al Franken

As political satirists go, Al Franken is in a league of his own. Five Emmy Awards reveal his sublime impact on “Saturday Night Live” as one of its original writers and later as a producer and performer. His books, including “Rush Limbaugh Is a Big Fat Idiot” and “Lies and the Lying Liars Who Tell Them: A Fair and Balanced Look at the