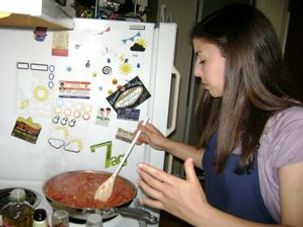 If you closed your eyes, you could easily imagine the scent of rich tomato and onion wafting from Jennah Craig’s East Bay apartment, and the joyful colliding of conversations ricocheting down the hallway coming from an airy apartment complex in downtown bustling Tel Aviv. That was exactly the feeling this gathering was going for. A group of ten young adults who’ve all settled in the Bay after years living in Israel, we rolled up our sleeves to create a Middle Eastern-style feast of Shakshuka (see recipe below) and homemade pita, and toasted to some of our most memorable meals cooked in the Holy Land. 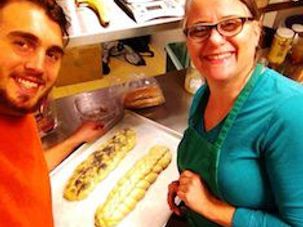 A chance encounter last summer in the produce section of the vegetarian co-op Rainbow Grocery proved to be the catalyst for a rich culinary mentorship blossoming at 12 Tribes, a Bay Area kosher catering operation headed up by the legendary ‘Rabbi Chef’ Becky Joseph.

A Community Garden For the Homeless Sprouts in San Francisco

“This is not your average garden,” chuckles Yvette Parnell as we survey the former Hayes Valley parking lot that has been transformed into the Growing Home Community Garden on a stunningly clear January afternoon. 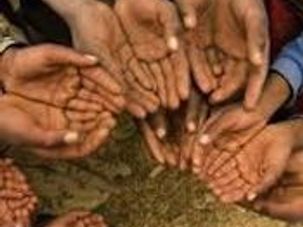 Imagine sitting down to an intimate community dinner with a smattering of neighbors and fellow city dwellers. The host directs you to a buffet table of simple spaghetti and offers you a can of soda. Perhaps you think nothing of the no-frills meal you’re about to enjoy, until you notice that your neighbor Jill, who works in finance, and is seated at the small table next to you, receives a steaming, full plate piled with lean meat, mashed potatoes, and vegetables and a healthful sparkling drink. Meanwhile the family of four that lives down the street, and whose head of household you know has recently been laid off from her job at the post office, has been ushered to a third table in the corner and is being served only small portions of white bread and water.