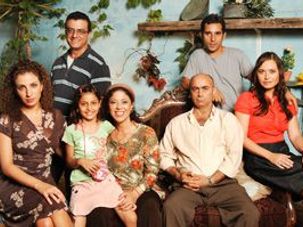 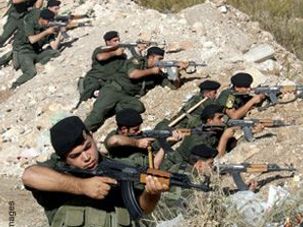 Tawfiq Kalboni fidgets with some wayward bills. A moneylender in this central West Bank city, Kalboni, 42, owed another moneylender about $150,000. When he failed to pay, he said, the creditor collected on the debt, Nablus style. Five weeks ago, masked gunmen kidnapped his 14-year-old son from the doorstep of his house. 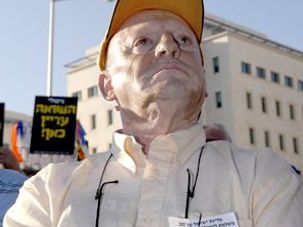 After an acrimonious summer-long debate about Israel’s treatment of its Holocaust survivors, the Israeli government inked a controversial deal Sunday that will provide millions of dollars in financial aid to some survivors.

Along Green Line, Both Sides Try To Work It Out

Just outside this northern West Bank city, the groundwork is being laid for the first Israeli-Palestinian free-trade zone along the route of the security barrier separating Israel from the West Bank.

Islamic Jihad Blazes a Bloody Trail in Bid for Dominance

HEBRON — Fresh off a string of bloody attacks, the local cell of Islamic Jihad here is tying Palestinian officials in knots even as it has earned the respect of many Palestinians for the audacity of its sorties and its unrelenting fight against the Jewish state.Consisting of no more than several score fighters, the Iranian-financed

Swaddled in a gray angora scarf and smiling brightly through a mouthful of gold-capped teeth, Miriam Baybatshiava welcomes visitors to what is known as “School Number 36” and the only Hebrew class in the dying Jewish community of Bukhara.The 67-year-old former mathematician is the last teacher of Hebrew in a once-thriving Jewish community, now