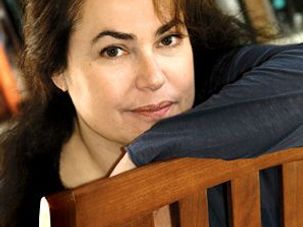 For Russian immigrant Lillian Leyb, calling America “the land of opportunity” seems both an understatement and a misnomer. Lillian, whose exhilarating, heartbreaking and certainly never boring story is at the heart of Amy Bloom’s vivid novel “Away,” seizes upon the microcosm of the new frontier of the 1920s that is Manhattan’s Lower East Side from the moment she sets foot on its crowded streets. She remembers her father’s words — “that smart was good (and Lillian was smart, he said), and pretty was useful (and Lillian was pretty enough) but lucky was better than both of them put together.” Lillian’s combination of the three gives her a stick-to-itiveness that propels her above her fellow Jewish immigrants with alarming speed. 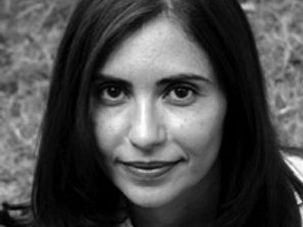 At its outset, Dalia Sofer’s novel, “The Septembers of Shiraz,” seems destined to be “The Trial: Tehran,” the story of a man wrongfully arrested and very belatedly informed of his supposed crime. But Sofer’s protagonist, Isaac Amin, is no Josef K., who comparatively gets off rather easily until his brutal execution. In this engrossing debut novel, the arrest is simply the jumping-off point after which the author gracefully unfolds details, showing just how entangled Amin is, like it or not, with the people and places of his immediate world.

Plucking the Strings of Tragedy

To write a novel about the Holocaust is to enter, willingly, into precarious territory. What at first seems like a rich mine for inspiration is a subject seemingly ever present in contemporary literature of a certain sort, yet ever impossible to label cliché. Authentic tales of the concentration camps — the memoirs of survivors like Elie Wiesel and Primo Levi — have become such literary standards that fictional accounts seem almost superfluous. So how, then, to tell a hypothetical Holocaust story?

A Slice of History (With Mustard on Rye)

On a recent Saturday afternoon, I hopped off a downtown bus and onto the sidewalk of East Houston Street on Manhattan’s Lower East Side, braced against the cold wind and early brunch crowds trolling the area’s crop of relatively new boutique cafés. And then, in the distance, I saw it: Katz’s Delicatessen — its sign a

It’s 7 p.m. on a Thursday. Jon Mizrachi and Dan Grenke are ready for class. Their students are gathered in a circle, eyeing the vocabulary lists they’ve been given, taking in the focus of the evening’s lesson — yellow, crumbly, even a little stinky — sitting in front of them on a thick, black slab. But there won’t be any quiz