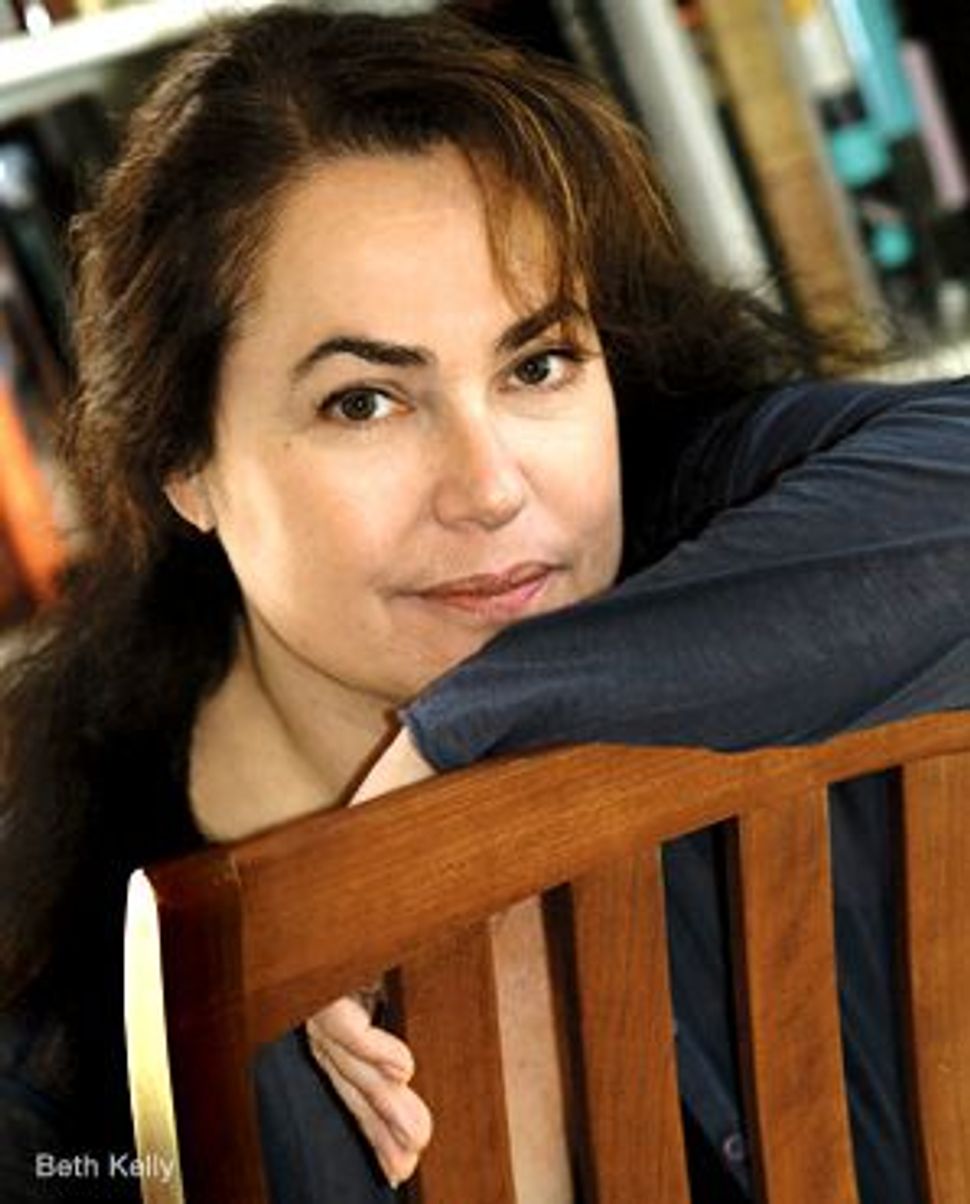 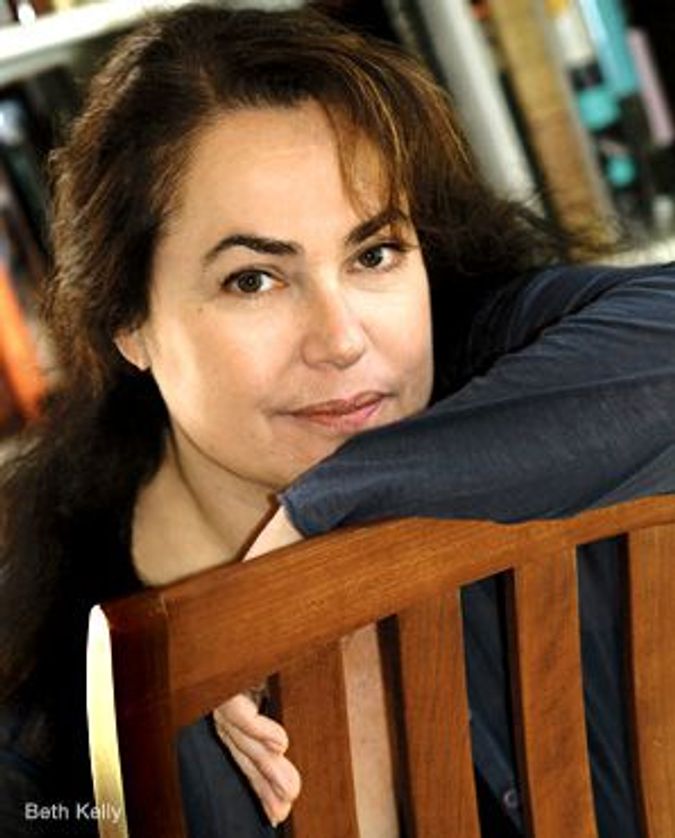 For Russian immigrant Lillian Leyb, calling America “the land of opportunity” seems both an understatement and a misnomer. Lillian, whose exhilarating, heartbreaking and certainly never boring story is at the heart of Amy Bloom’s vivid novel “Away,” seizes upon the microcosm of the new frontier of the 1920s that is Manhattan’s Lower East Side from the moment she sets foot on its crowded streets. She remembers her father’s words — “that smart was good (and Lillian was smart, he said), and pretty was useful (and Lillian was pretty enough) but lucky was better than both of them put together.” Lillian’s combination of the three gives her a stick-to-itiveness that propels her above her fellow Jewish immigrants with alarming speed.

Then again, opportunity is only the beginning of what Lillian finds. Days may bring material luxuries she only dreamed of, but Lillian’s nights are always interrupted by nightmares of the pogrom that tore apart her young family and may or may not have killed her beloved daughter, Sophie. Lillian’s capacity for love — both the all-consuming and carefully doled-out kind — is what gives Bloom’s novel a hungry, passionate drive forward and ultimately makes it difficult to put down.

Lillian’s story begins in the world of Yiddish theater, as she pushes beyond scores of other girls in the hopes of becoming what she assumes must be a concubine to the theater’s actors. From the start, we never mistake Lillian for a starry-eyed immigrant hopeful. “Whatever it is like, Lillian doesn’t care,” Bloom writes of her heroine’s wait in the crowd. “She will be the flower, the slave, the pretty thing or the despised and necessary thing, as long as she is the thing chosen from among the other things.”

Soon enough, Lillian becomes all those things to different members of the fictional Burstein family: friend and willing cover to Meyer, “the Matinee Idol” and closeted gay son; dolled-up mistress to patriarch Reuben, “the Impresario of Second Avenue”; a blemish on the family name to matriarch Esther. For a while, this life of comfort suits Lillian fine. Then one day, her cou sin Raisele shows up on her doorstep, bearing the news that little Sophie is alive and in Siberia. Though Lillian knows Raisele’s user ways — she itches to replace her cousin as a Burstein mistress — she cannot ignore the news, and becomes set on leaving New York to find her daughter.

What follows is an incredible journey, what might best be described as Lillian’s dangerous, perhaps ill-advised, sexual escapades across the United States. For her relationship with the Bursteins is, like most in the book, marked by sexual exchanges, and Bloom treats Lillian’s many bedroom romps throughout the story with a mix of raunchy humor and a gimlet eye. At one point early on, Lillian counts herself among the category of “Smart Girls With Their Legs Wide Open for Business,” and it’s a funny but remarkably apt description.

She may laugh, but Lillian is no fool; she knows that romance will get her nowhere fast. And though the need for money certainly motivates Lillian on her journey, love is the currency she uses to the most effect. There is the platonic love that develops between Lillian and Gumdrop, a resourceful Seattle prostitute who rescues Lillian from a brutal attack on Skid Row; the more ambiguous love, with a Chinese grifter named Chinky Chong — which gets Lillian through a stint in a Washington State women’s prison, and of course, the passion that drives her through all manner of wilderness to find her daughter. But there’s also the love that Lillian seems to immediately inspire in those with whom she crosses paths throughout her journey. The fact that Bloom has created her character as neither sweet nor generous makes this quality all the more intriguing. Lillian becomes a Jewish Scarlett O’Hara of sorts, a desperate woman who survives as much by her own wits as by the kindness of strangers.

Bloom’s prose bursts with life. She writes without quotation marks, so that each dialogue sounds more like a story being told than like a real-time conversation. In one of her more compelling conceits, she dwells upon Lillian’s quest to master English by integrating one of Lillian’s favorite subjects — synonyms and antonyms — into the character’s speech. Even the other characters never truly fade out of the story; Bloom gives each an epitaph before he or she exits, a short exploration of where that character’s life leads and how it ends, before Lillian moves on to another place. Each adds to the bittersweet nature of the story, a miniature happy ending before returning to Lillian’s far-from-happy reality.

As for Lillian’s own happy ending, it’s an appropriate finish to Bloom’s twist on an American fairy tale. Her survival is the culmination of so many people she has encountered along the way: some Jewish, some immigrants and all outcasts like herself. In one of this novel’s most affecting sequences, Lillian prepares to leave New York with advice from Yaakov Shimmelman, whose business card proclaims him, “Tailor, Actor, Playwright. Pants pressed and altered” (like Lillian, he is many things to many people). As the two stand in the theater together one last time, Yaakov unrolls a mural of the country in a vaudevillian display, and ends matter-of-factly. “So that’s America,” he says. “Easy-peasy. Let’s get ice cream.” Easy, this country may not be, but through Bloom’s and Lillian’s eyes, it’s a sad and sweet place in which to live.

Rebecca Milzoff is a reporter for New York Magazine.