To navigate the complex issue of intermarriage, rabbis must devise a position and practice that is mission-loyal and market-sensitive. 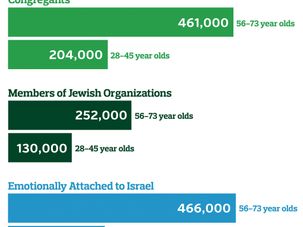 Steven M. Cohen presents new data to answer the question: How Jewish are the grandchildren of intermarried Jews?

Celebrate Christmas at Her Place

There’s a way to honor your mother and your faith. 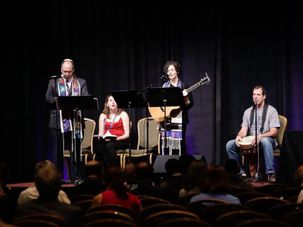 As Reform Jews Gather, Some Good News in the Numbers

**While the 2013 Pew survey uncovered some disturbing evidence of lower levels of Jewish engagement among young people, the same survey contains several pieces of good news for Reform Jews — 5,000 of whom are gathering this week in Orlando, Florida, for the movement’s biennial conference organized by the Union for Reform Judaism.

You Don't Owe Your Happiness to the Jewish People

You absolutely need to talk to them.

I can tell you that “clinically,” you have little to worry about. Your daughter-in-law is Jewish (not Jew-ish, just Jewish). She identifies as a Jew and has a Jewish parent. Your son’s marriage is an in-marriage, a marriage between two incontestably Jewish Jews. Now, for Jewish child-rearing that’s a HUGE advantage.

Worry Instead About Jews Not Doing Teshuvah

You are right to be concerned about the melting of boundaries, but our real problems will not be worsened by some non-Jews practice teshuvah.

In short, if your daughter-in-law is uncomfortable with religion, she’s in the right place (well, the right family). She (and your daughter) can be as Jewish as they wish without necessarily construction their engagement as religious. 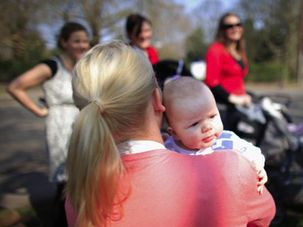 VIDEO: The number of active non-Orthodox Jews in America is shrinking. Sociologist Steven M. Cohen explains what each of us can do to reverse this trend and ensure the vitality of culture.