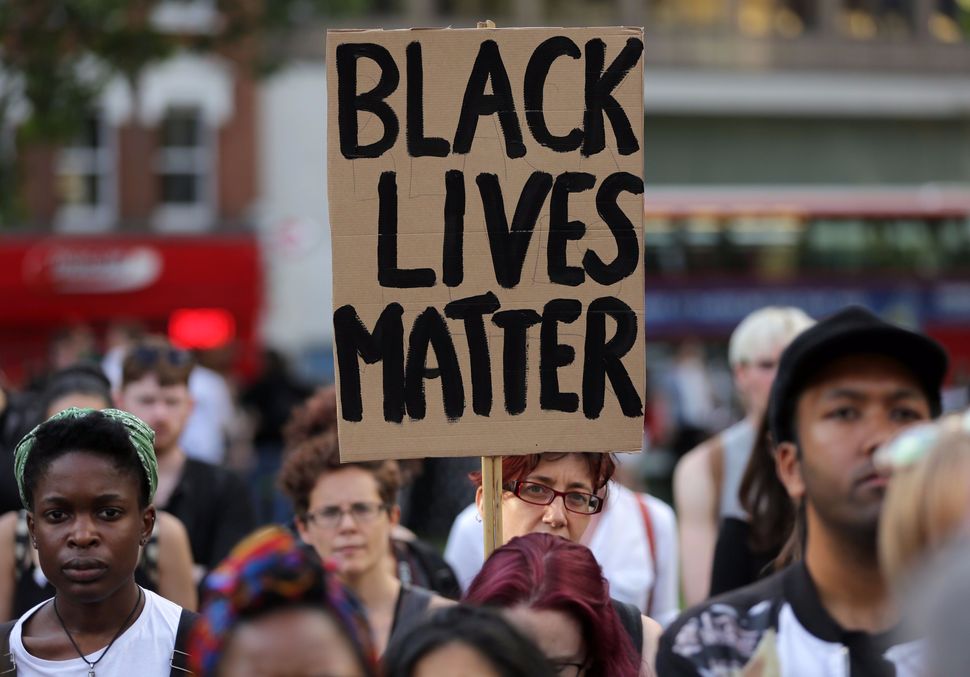 This piece originally appeared at LarryDerfner.com. 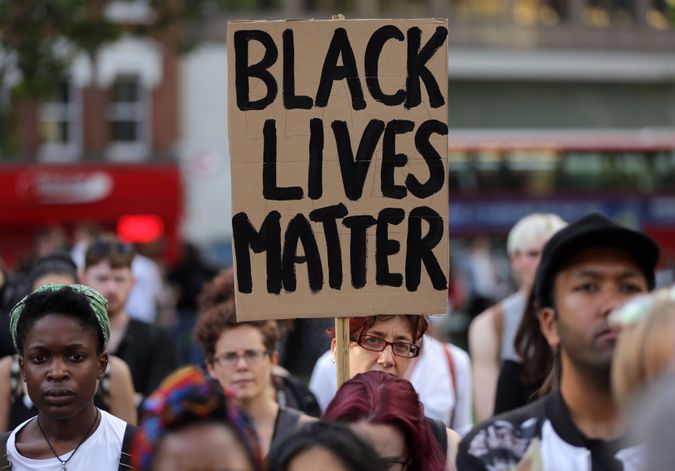 If describing Israel’s actions toward the Palestinians as “genocide” were the only thing wrong with the Black Lives Matter** platform, I would endorse it with a caveat over that one word, which is grossly inaccurate. Otherwise, the platform’s brief take on Israel is harsh but accurate. In fact, it could have gone further and condemned Israel for its periodic acts of military aggression against Lebanon and Syria. And as far as its description of Israel as an “apartheid state” goes, that’s nothing that Ehud Barak, Ehud Olmert, Ami Ayalon, and Tzipi Livni, for starters, haven’t clearly implied.

No, the problem with the BLM platform, released last week, isn’t the couple of paragraphs on Israel, it’s the 37,000 other words on America. The document describes the United States as an evil country, one that deliberately crushes black people and other “marginalized” groups at home and abroad. It’s a description of apartheid-era South Africa, or of Mississippi in 1956, but not of America in 2016. It reflects the thinking of the truly loony left.

The platform begins with the section on the U.S. criminal justice and school systems, titled “End the war on black people.” Is America really waging war on black people? Some police are, some jurors are, Donald Trump and many of his supporters are, but America as a whole? Bullshit. And the proof goes way, way beyond a black man being in the White House. There are black people throughout the halls of American power, there is a large black middle class, there is institutionalized affirmative action for blacks in colleges and government jobs – and all this has been going on for two generations. “War on black people”? That’s light years from the truth.

You’d never know from this platform that any black person in jail was anything but an innocent victim of the system’s racism. You’d never know there were murderous black gangs and other criminals, or that black people were being killed by them at appalling rates. You’d never know that so many poor black schoolchildren lived in soul-killing homes and neighborhoods, and that this might have something to do with why they were failing in school, instead of it all being down to America’s “school-to-prison pipeline.”

US arms and military corporations have made billions of dollars in profit off of waging disaster and destabilization in the Middle East, while increasing western control over the land and resources of the region…

In 2006, AFRICOM was established by the US government to expand US military presence on the continent under the claim of protecting the region against “terror” and “radical Islam”. In reality, this effort was designed to expand western colonial control over the region, its people and their resources…

The interlinked systems of white supremacy, imperialism, capitalism and patriarchy shape the violence we face. As oppressed people living in the US, the belly of global empire, we are in a critical position to build the necessary connections for a global liberation movement…

This is a description of an evil empire. If it’s accurate, then Barack Obama, as leader of the empire, is the No. 1 enemy of blacks in America and everywhere else. I don’t see how it’s possible to endorse Black Lives Matter without loathing Obama and everything he stands for. And not just Obama – the whole Democratic Party.

When I first heard about BLM, it was from their protests of the police killings of unarmed blacks that were turning up on videos. Those films shook me up, and I thought BLM was brave and right to protest police racism and violence. I had the exact same reaction to their protests at Trump rallies. While I found their protests at Ivy League colleges ridiculous – America’s elite colleges aren’t racist, they’re anti-racist – I figured BLM was still doing more good than harm, and I saw them, on balance, as a positive force in America, as being on the front lines challenging racism where it really existed.

But the understanding of America expressed in this platform – it’s deranged. Sure, there’s a lot in it that I and many other liberals agree with – like the need to raise taxes on the wealthy, legalize drugs and prostitution, pay reparations to blacks for slavery, put fewer people, especially blacks, in jail, and constantly look for ways to help improve the lives of poor people, especially children. But these things are far outweighed by the platform’s glaring distortions of American reality – the reality of poor black ghettos, of police, of school officials, of the military, of American power at every level.

Black Lives Matter cannot fairly be called an American progressive movement. It is an anti-American, anti-Western, doctrinaire far-left movement. It is the Black Panther Party without the violence. With all due respect to their protests against police racism and Trump, BLM’s worldview is beyond the liberal/progressive pale.

This piece originally appeared at LarryDerfner.com.