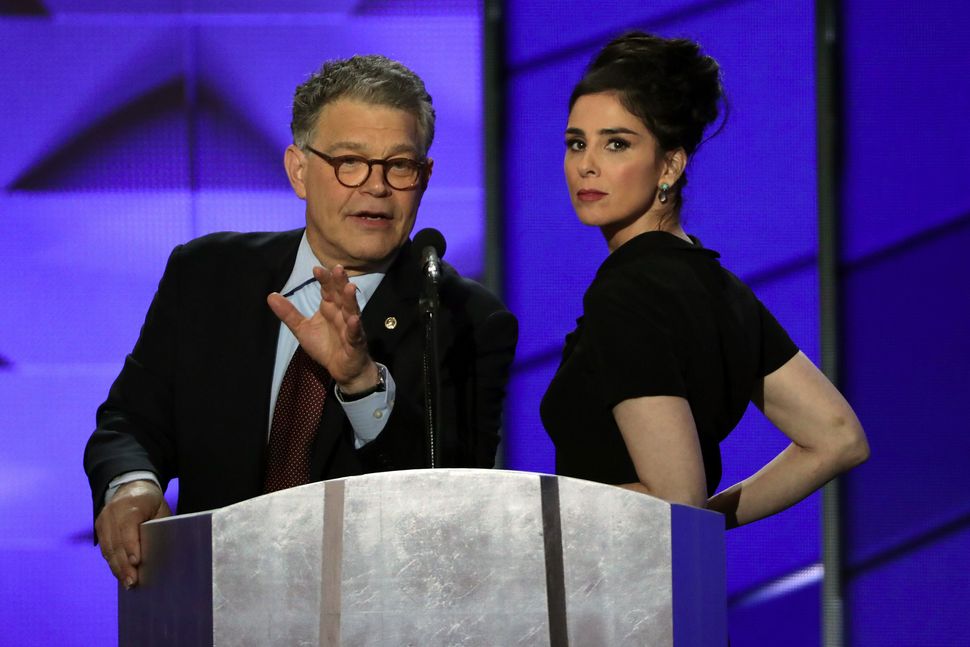 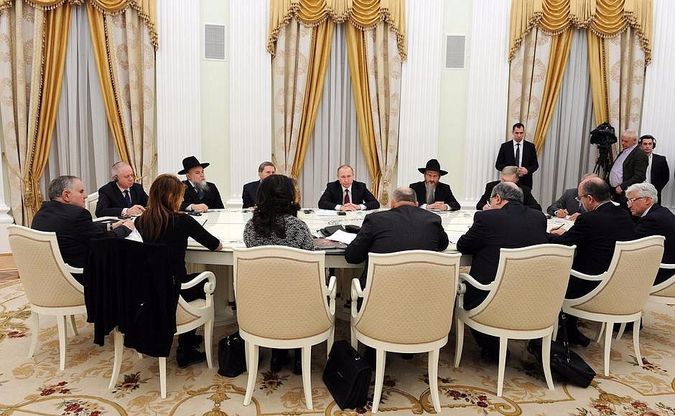 Image by Office of the Kremlin. Labeled for Reuse.

(Editor’s note: this piece is satirical.)

I was trying to organize a Jewish conspiracy, but we couldn’t agree on anything. We tried forming an exploratory committee, but that was defeated by a series of conflicting agendas and ideologies. It’s not like we’re a monolith. The committee on typestyles came back with a decision, but the Garamond and Sans Serif crowd felt slighted, so even THAT went back to committee.

With lofty ambitions, I called up some of the usual players. I rang up Sheldon Adelson’s office and said, “I am organizing a new international Jewish conspiracy, and I would like to speak to Mr. Adelson to discuss his involvement.” Despite a careful application of charm and sales theory, I didn’t get past the gatekeeper. I’m still waiting to hear back from Senator Al Franken and Sara Silverman, not the one from Memphis, but THE Sara Silverman. 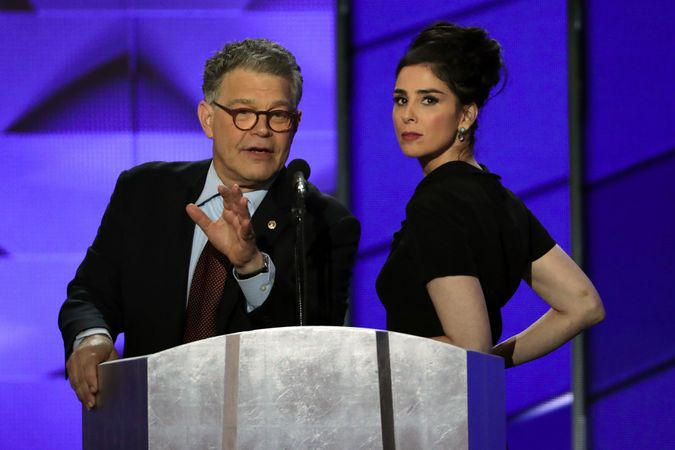 The Berkeley and Ann Arbor hippie chicks didn’t get along well at all with the pretty mommies from and Atlanta and Nashville from the beginning. When one of the Atlanta mommies cracked wise about the ineffectiveness of patchouli to mask deficiencies in feminine hygiene, it threatened to turn ugly. Peace was restored when a lady from Oregon pulled out a joint. Southern Jews have traditionally been the “go along to get along” type, as opposed to the activist traditions of the northeast and Midwest, not to mention Berkeley. Can you believe there are around 20,000 Jews in Berkeley in a town of 120,000? Says something about the history of Berkeley and why a lot of cool stuff happened here. You have your “Crunchy Granola Judaism” focused on the Renewal movement, and your more traditional traditional Jews. 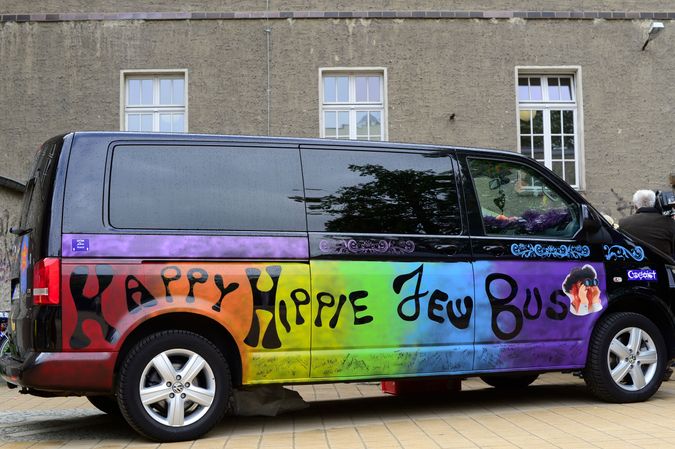 The biggest sticking point in the conspiracy effort turned out to be who is or is not a “self-hating Jew.” For decades now, any Jewish person who dared criticize a single aspect of Israeli policy was maliciously labeled a “self-hating Jew,” or “self-hater” in parlance. One Jewish woman expressed her dismissive disdain for Hillary because she “is surrounded by self-haters.” The disgraced chess champion Bobby Fischer is the only real self-hating Jew that I ever knew of, but I’ve been called that many times for arguing things that got Ehud Barak elected as President of Israel.

Another camp argues that such a shameful term should be used to describe any Jewish person who would vote for Tonald Drumpf. It’s not just the Star of David thing with money raining down on Hillary. But the entire concept of ridiculing disabled people, crude references to a female reporter’s menstrual cycle, encouraging violence and abuse at his rallies, and unveiled racism is so totally anti-Jewish. And any Jew with a sense of history can’t be comfortable with Drumpf demonizing Muslims, as Jews were demonized by Hitler. Trump is no Hitler, but what he lacks in truly evil deeds is offset by the realization of how incredibly, dangerously stupid this man really is. All the name calling and bluster would have gotten him a C- in my high school speech class. AND he would have gotten his ass kicked after school! 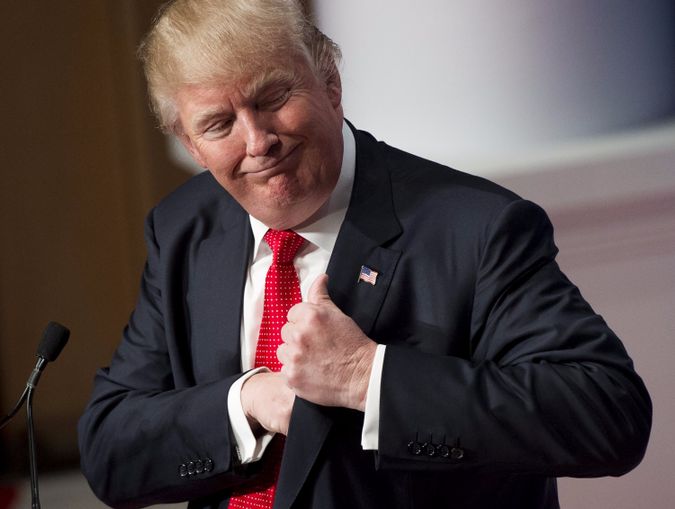 For centuries, demagogues and oligarchs have warned against a nefarious and nebulous International Jewish Conspiracy. Now, how many things are inherently wrong with that sequence of words. First, before the Internet how could you organize anything on an international basis? Then you have to consider the many “types” and “kinds” of Jews in the world.

“There are all kinds of Jews in the world,” I often said when I was under siege in my hometown for publishing an article “objectively” discussing the 1st Palestinian Intifada. “Objective” journalism is a relative term. I’ve often been told, “If you say something bad about Israel, you have to say something bad about the Palestinians, or it’s not balanced journalism.” No, it doesn’t quite work like that. Then you fall into the trap of having to say, “Both sides in the animal cruelty debate have a point.”

So the conspiracy effort was a failure, done in by our poly-cultural composition, conflicting agendas, great number of time zones and things getting hung up in committee. There was a Board of Directors for the Jewish Conspiracy, but like many good synagogues, community centers and service agencies, it became beset by the insidious “Jewish Board Syndrome.” That’s where you get together a group of thoughtful, good-natured, well-intentioned Jewish people, and they get so hung up in semantics and arcane discussion that nothing positive is accomplished, and all their good intentions undermine that synagogue or agency from within. Seen it too many times.

Still, for the sake of defeating Tonald Drumpf, I’m willing to try it again. The stakes are too high. We must save the self-haters from themselves. And we need to save the rest of too. And FINALLY the term “self-hating Jew” is a punchline ready for retirement.

(Editor’s note: this piece is satirical.)