A Trump Embassy Move Would Be Nothing To Celebrate 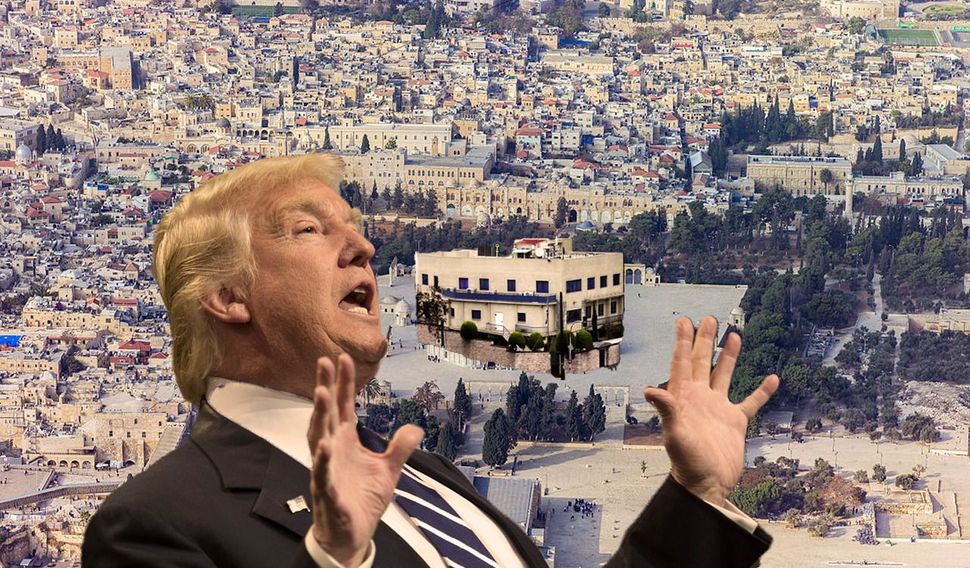 During his campaign, Trump promised that he would honor a longstanding American commitment and finally move the American embassy in Israel from it’s current home in Tel Aviv to West Jerusalem, where the seat of the Israeli government is located. For more than a decade, no foreign embassy has been located there, and the world has by and large considered Tel Aviv the capital pending a permanent decision on the status of Jerusalem. Some stakeholders, both inside and outside the Jewish community, are salivating like children who have just glimpsed an opportunity to grab a hitherto out of reach and forbidden dessert and damn the consequences. Benjamin Netanyahu says the plan is “great.”

The consequences would likely be nothing to celebrate; the Arab world would likely ignite in violent protest, Palestinians would initiate another wave of attacks against Israeli civilians, retaliation leading to retaliation as more men, women, and children would die in combat, walking to a grocery store or a peace march, or sleeping in their beds.

Jane Eisner has argued for a better plan — why not simultaneously move the American embassy to Jerusalem while opening an embassy to an incipient Palestinian state in East Jerusalem? This plan, which was originally argued for by Martin Indyk of the Brookings Institute, would enrage people among both Israelis and Palestinians while likely doing two remarkable things: 1) limiting the anger of each side by handing them a cherished accomplishment at the same time; and 2) force the two sides to the negotiating table.

Indyk acknowledges that this is a risky proposal which could incite violence, and Eisner herself admits “I strongly doubt that Trump has the imagination, the political strength, and the diplomatic wherewithal to see this through.” Sure, Trump might suddenly start flexing his so far hidden cognitive muscles and begin acting with subtlety, courage, foresight and grace. All I can say to that is oyb di bobe volt gehat a bord, volt zi geven a zeyde: If grandma had a beard, she’d be a grandpa.

Whether it’s a good idea or not, the likelihood of Trump either taking such a bold move or being able to carry it through to completion seem practically nil. Given that fact, it behooves us to consider why we should not embrace the idea of Trump moving the embassy to Jerusalem. The first and most obvious is already stated above — it would likely cost lives. A second reason is that from the point of view of Israeli-Diaspora relations, Israeli-Arab relations, and, well, over time probably Israeli-everyone else relations, having Trump as a friend and benefactor is a bad idea. If the President-Elect makes it to the oval office past the growing hurdles of rebellious electors and constitutional challenges he is primed to do untold damage on the world stage. With friends like that…

Lastly, there is an important factor that should not be overlooked. Trump lives in a tit-for-tat, I’ll rub your back and you rub mine kind of world. The kind of world where unethical and politically incompetent billionaires support your campaign and in turn are tapped to head essential departments they had previously wanted to destroy. If Israel embraces Trump’s desire to move the embassy, Israel will owe Trump, and Trump is not the kind of person to whom you want to owe anything.

A Trump Embassy Move Would Be Nothing To Celebrate