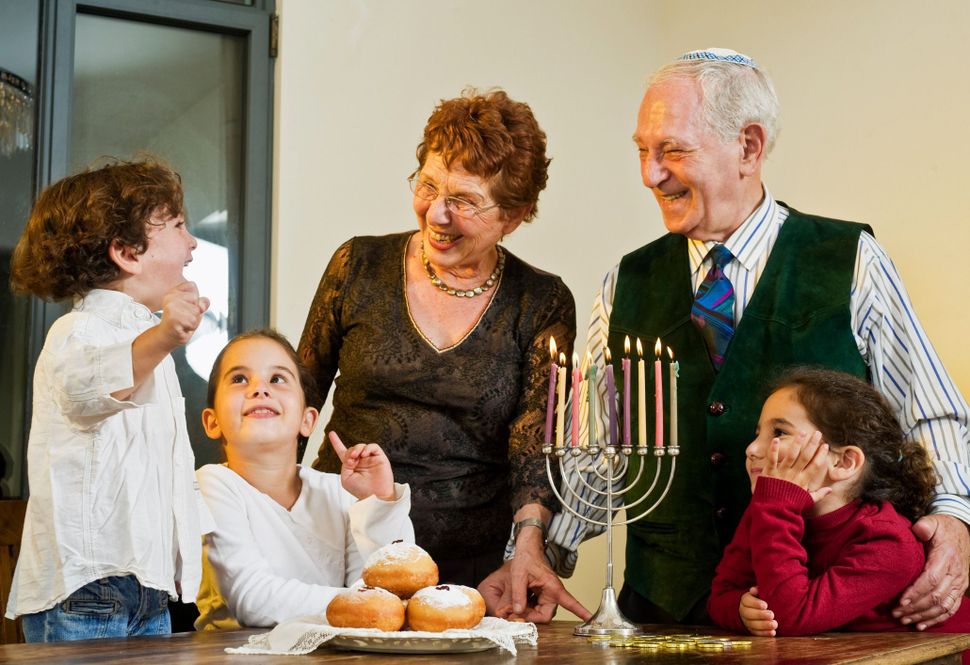 Recently I was waiting to chow down on some beef stew at a Jerusalem restaurant in the city’s iconic Mahane Yehuda market, often called “the shuk.” That’s when I saw them. Hordes of Americans in the their early 20s. The best new winter jackets. Young, robust, happy. They were chatting about how “cool” Jerusalem was. “So and so got drunk last night?” “Have you tasted this Iraqi meat thing they have here?”

This was the Jerusalem experience for these young men and women on Taglit-Birthright Israel, the trip that provides 10-day trips to Israel for those aged 18-26. What might surprise many is that they weren’t tearing their hearts out about “Jewish values,” or worrying about whether or not the two-state solution will ever become a reality. They weren’t Orthodox (none of the boys wore a yarmulke). They were just American students having fun.

“The growing gap between Israel and American Jews” was the title of an online symposium at Moment Magazine in November. Many well-known commentators, academics, and intellectuals weighed in. Dov Waxman wrote “the age of unquestioning support for Israel from American Jews is over: An era of conflict is replacing the age of solidarity.” Hasia Diner of New York University wrote that the occupation was “a moral blight” and no justification for a Jewish state made sense to her “political values.” “American Jews are looking at a shift to the far right in Israel versus their own liberal, increasingly secular and humanistic values,” wrote Lisa Goldman.

Orthodox Rabbi Avi Shafran, a columnist for Hamodia and director of public affairs for Agudath Israel, disagrees. “Like it or not, the American Jewish future is Orthodox, and deeply conservative,” he wrote in Haaretz on Dec 11. Alongside this narrative is the one we read from time to time in places like the Jewish Telegraphic Agency. “Pew survey of US Jews: soaring intermarriage, assimilation rates,” read one shocking headline in 2013.

If you try to contrast the two great theories about the future of American Jews, the largest community of Jews in the world outside of Israel, there is a basic contradiction. Many Jews are apparently becoming more Orthodox because of demographic trends and intermarriage — yet simultaneously, many young Jews are purportedly becoming more liberal and less in touch with Israel as assimilated Americans. How can it be both? How can the future be so Orthodox, the secular Jewish Americans supposedly vanishing like a lost tribe, and at the same time falling out of love with Israel’s values, given the fact that many Orthodox Americans tend to be more supportive of Israel? The reality is that we are not becoming more Orthodox or more anti-Israel.

The answer to part of this riddle lies in trips like Birthright, which has taken more than 500,000 Jews on trips to Israel since 1999, most of them Americans. According to the 2013 Pew Report “A Portrait of Jewish Americans,” 44% of Jews aged 18-29 have visited Israel — the same percentage of Jews aged 50+ who have visited.

The evidence of growing numbers of Orthodox Jews is not provided by reality, despite headlines like “American Jews will all be Orthodox soon.” In 1971, around 11% of American Jews identified as Orthodox and 47% were synagogue members according to the National Jewish Population Study. An August 2015 Pew Survey found 10% of American Jews identify as “Orthodox” and 30% as non-denominational. The American Religious Identification Survey, which surveyed Jews between 1990 and 2008, concluded the number of Jews to be 5.5 million in 1990 and around 5.2-5.4 million in 2008 – basically, no change. There is no massive burgeoning Orthodox demographic. While it may appear that the number of Jews under 18 years of age are more Orthodox and that less young people attend synagogue, these numbers are being used to create a false narrative. Secular Jews may not attend synagogue, but they are still Jewish, just as they were in 1970. Many students in their 20s don’t attend synagogue — not because they aren’t Jewish, but because students have other priorities. I never set foot in a synagogue before age 23. When people are in their 50s they will attend religious services in higher numbers, just as their parent’s generation did. Faith appeals to the middle-aged and elderly. Also, many children of intermarriage discover their Jewish heritage in their 20s, which means they don’t always show up on “who is a Jew” surveys when they are younger. Counting Jews by synagogue attendance or by who their parents say they are before age 18 misses the millions of secular Jews who identify as Jewish, who are halachically Jewish even, and will continue to be Jewish. It also ignores the fact that some of the younger “Orthodox” demographic will become more secular, just as some non-denominational Jews will end up as members of the Orthodox community. Outreach by Reform synagogues and others to Jews of patrilineal descent will also continue to reach large numbers of people who will identify as Jews but are often missed in surveys.

What we find when we look at all this data is something that scares commentators a lot. The world is not black and white. There is no great sea-change among American Jews. Demographic prophecies and assimilation are constantly exaggerated. In 1975 Pinhas Sapir, chairman of the Jewish Agency, was reported by the JTA to have said that without a “Jewish, Zionist education” and aliyah, Jews in the diaspora were doomed to “self-liquidation” through assimilation. Sorry, Pinhas, but there are still many millions of Jews in the diaspora, and they are thriving. Similarly, the stories peddled by those who claim American Jews traditionally had “unquestioning support” for Israel, but are now questioning it, is based on a false premise. Skepticism about Israel and its actions was always part of American Jewish life. The American Jewish Committee in the 1940s was critical of Jewish nationalism, and anti-Zionist American Jews formed the American Council for Judaism.

It’s boring to read “American Jews care a bit about Israel, are mostly secular and proud of being Jewish” as a headline. We thirst for shocking stories of huge changes up ahead. But the mundane reality is that despite intermarriage, there will continue to be large numbers of secular Jews, and despite ostensibly having quite liberal values, most will remain centrists on Israel, which means they’ll support it without loving all its antics and policies. That’s a healthy relationship. Unfortunately, many commentators want to feed us an unhealthy shocking story.