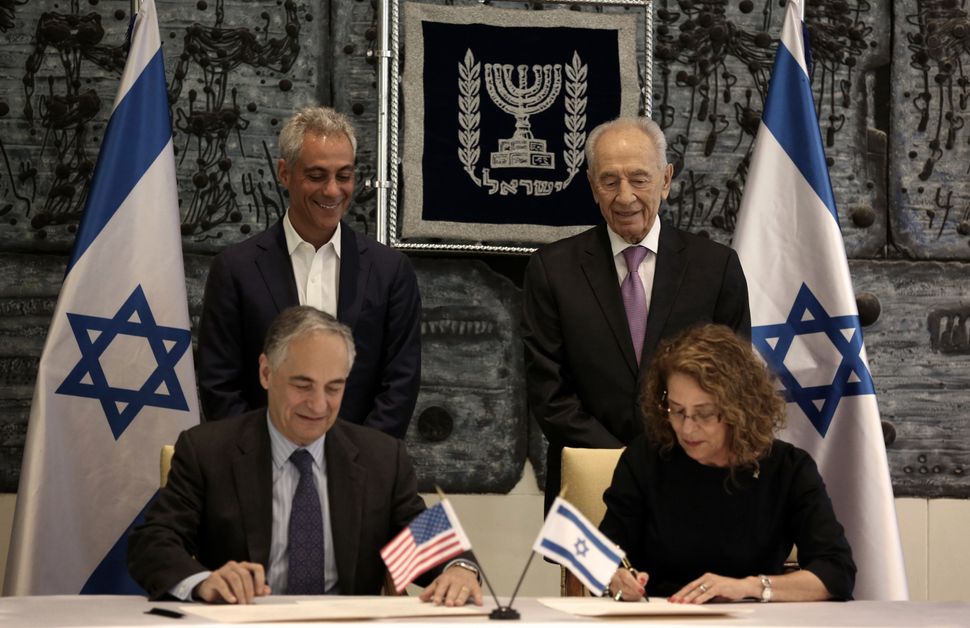 Whenever student governments on college campuses pass resolutions to divest from Israel, they are ignored by their administrators; no college has ever listened to these students and actually divested from Israel. However, our administration went far beyond what most have done after our student government passed a resolution to divest from Israel, releasing a statement that read, in part “the University of Chicago will not divest from companies for doing business in Israel and opposes academic boycotts aimed at specific nations, including Israel.”

This immediate rebuke of the BDS movement stopped any momentum it could claim on campus in its tracks, because there was no doubt that our administration was planning on ignoring this meaningless resolution. The cause was even further discredited when a resolution to divest from China due to their human rights abuses was tabled due the the perceived racism in even broaching the subject.

The state of Illinois itself has been a leader in boycotting Israel’s boycotters by becoming the first state in the nation to list companies barred from doing business with the state because they have divested from Israel within the 1967 lines or the West Bank.

The actions of a few students who speak for no one other than themselves notwithstanding, UChicago has a tremendous Jewish community with an extremely active Chabad and Hillel.

There is undoubtedly work that needs to be done, but I have never doubted my decision to attend the University of Chicago and look forward to welcoming the Class of 2021, Jews and non-Jews alike.