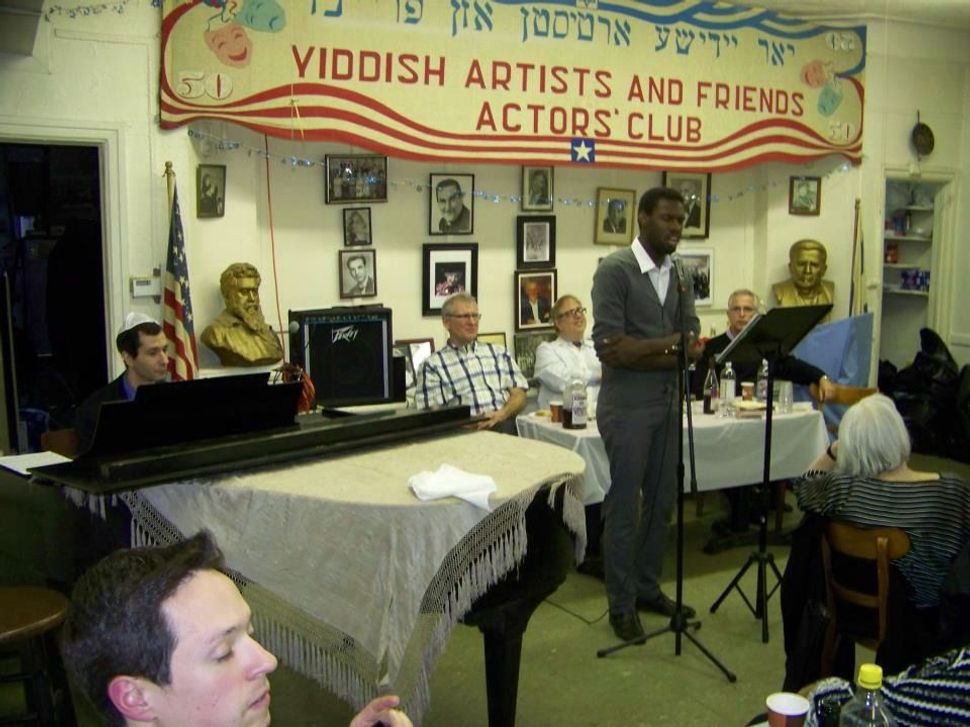 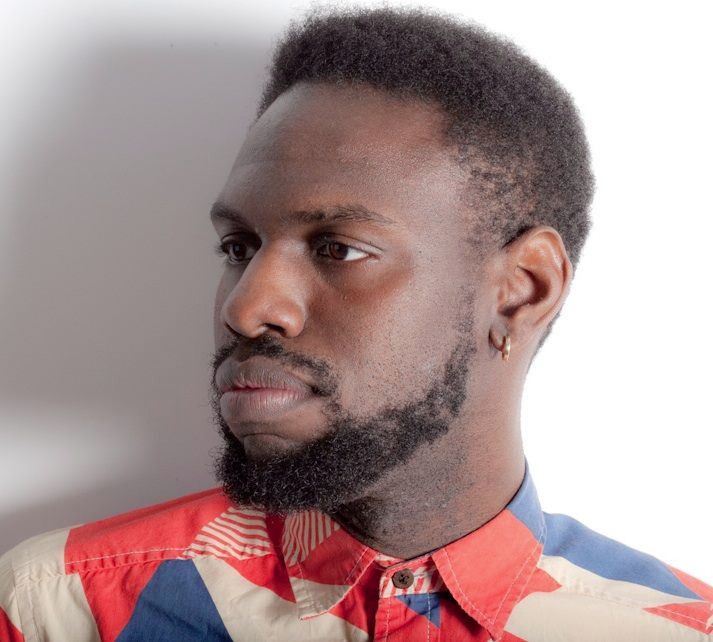 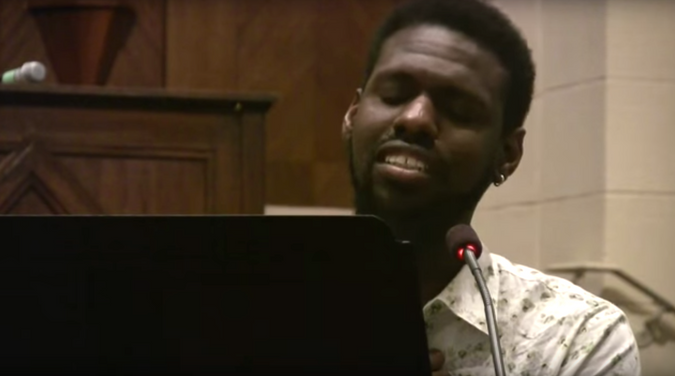 A scant two months after my very first performance in Yiddish at the Sholom Aleichem Kultur Tsenter, I was invited to sing at the Yiddish Artists & Friends Actor’s Club Cultural Seder by Khazn Moshe Ber.

I was very nervous, as at that point I had only ever performed in Yiddish a couple of times. As I went up the staircase, I was suddenly faced with a small room absolutely filled to the brim with people who all seemed to know each other very well. As if that wasn’t intimidating enough, the walls were liberally populated with a pantheon of pictures of actors from the Yiddish theater, at least one of whom was actually in attendance.

I had jumped out of the pan and into the fire. I basically felt sick right up until the moment I had to sing. In spite of that, I was immediately struck by the heymishness of the proceedings—the jokes, anecdotes, songs, stories and shout-outs that punctuated the seder really made me feel as if I had suddenly been welcomed into the heart of a community. 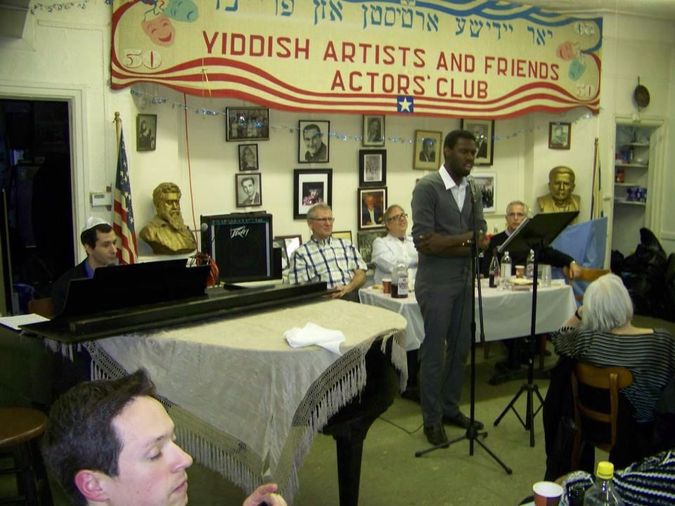 I was struck by the experience of hearing two songs I had only learned as recital selections and nothing more: Piramidn (Pyramids) by Dovid Edelshtat and the famed Zog nit keynmol (The Partisan Hymn). Hearing these songs in this context thrust them back into the cultural setting from which they had sprung: not as mere songs but as experiences that broadened and lengthened the traditional freedom narratives of the seder into the conflicts, struggles and questions of living memory, reflected in the faces of the people who were singing them that day. Both songs have become a regular part of my repertoire and Piramidn is something I sing at every seder I’ve ever attended since. I take the memory of that cultural seder with me every time I sing it.

I was very worried by the time it had come for me to sing, because I had been preceded by a another chazzan (cantor) who had ended his very florid and romantic Yiddish selection with a resounding high C. I wasn’t going to be bringing those particular goods, so I was a bit of a nervous mess when I got up to sing.

I immediately apologized (in Yiddish), more for my existence than anything else and explained that for some reason I had picked two rather depressing songs as my selections, and asked that that would be excused as well. The fact that I had addressed the room in Yiddish was immediately remarked upon (“look who’s apologizing in Yiddish?!”, etc) and it was over the sound of that that I launched into my first selction, Liesen’s Di Lena, about the heroic sufferings of a political dissident beside a frozen river in Siberia. This was immediately met with rapturous applause.

I then sang one of my favorite songs, Reyzen’s Der Gemore Nign (The Talmud Melody), about—again—suffering, this time of a lonely yeshiva bokhur missing his family. This was met immediately by even more rapturous applause and a room full of people crying “Nokh a mol! Nokh a mol!” which was basically a call for an encore. Out of shyness I was trying to sit down again but Shane Baker (recently of “God of Vengeance”) made me get up a sing something else, so I sang “Ven Ikh Volt Geven a Shnayder” (If I were a Tailor), Belarsky’s tribute to his daughter Isabel, who I had just meet weeks before.

The amount of mass acceptance and approval that was wafting towards me from all over the the room was genuinely overwhelming. As I made my way back to my seat, gripped, patted on the back and nodded to, I was very close to tears. It felt like being a performer in Yiddish was suddenly not just a complete fluke but a very real that I had just experienced.