Mitzvah-Lite: What We Miss When We Only Follow “Moral” Commandments 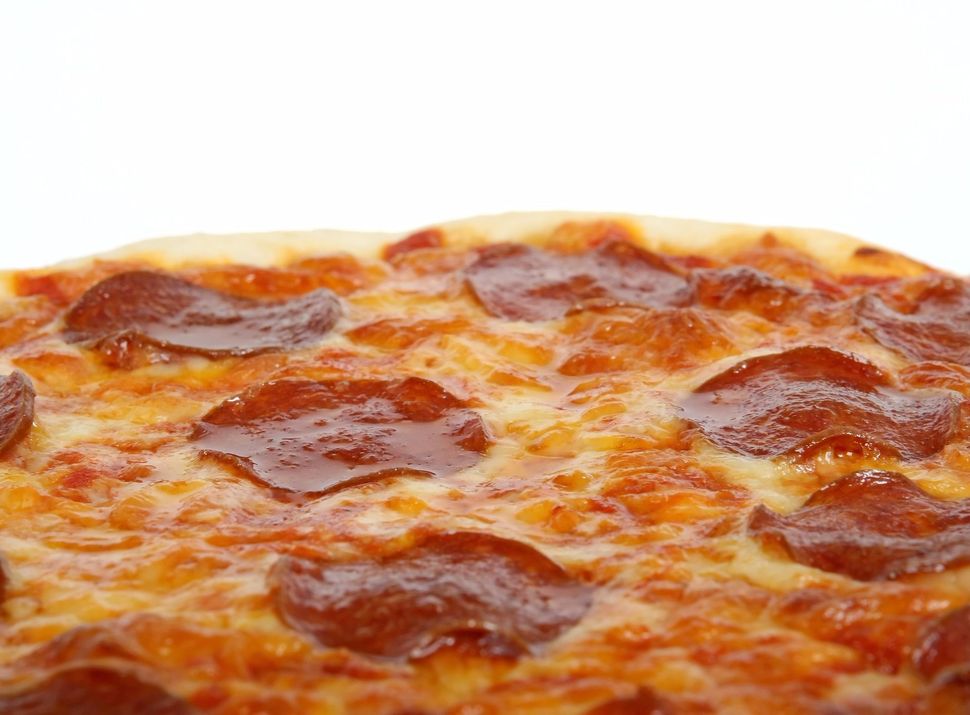 The man sitting across from me at the pizza shop was a religiously liberal individual for sure — but also very much a person who wore his Judaism on his sleeve and whose life was dedicated to promoting Jewish values as he understood them. We were meeting to get to know each other and to share our personal stories and communal goals with each other.

In between bites of pizza he shared with me his philosophy on Jewish practice, one he knew I stood in strong opposition to. “I follow the moral commandments of the Torah,” was the way he put it. It was code for, “only part of the Torah remains relevant in this day and age.” “Thou shalt not kill” and “love your neighbor as yourself” still led the moral way, but the kosher dietary laws or the command to don tefillin (phylacteries) daily had long ago lost their spiritual value and resonance in daily Jewish practice.

“What about Shabbat?” I asked him. “Do you consider Shabbat a moral commandment?”

I knew he did not keep the laws of Shabbat and was curious as to what he would say about the place of this most central of commandments.

“Hmm… I can’t say I’ve thought about that one,” he replied, “but, I don’t think that I would categorize Shabbat as a moral commandment.”

It was hard for me to fathom, but in but one short statement, uttered after a short moment of consideration, Shabbat, the fourth of the Ten Commandments, had been wiped clean from my friend’s Jewish hard drive, and so, he believed, should it be discarded from the rest of the Jewish people’s national consciousness.

I couldn’t help but wonder if my pizza-mate recognized the ramification of his philosophy. He was surely aware of what the great Hebrew essayist Achad Ha’am (1856-1927) had to say on the subject: “More than the Jews have kept the Sabbath, the Sabbath has kept the Jews.” And as Judith Shulevitz writes so beautifully in the Forward (“Remember the Sabbath”, 2010), “What he [Achad Ha’am] meant goes well beyond Jewish survivalism. He meant that the regulation of time through the laws of the Sabbath gave the Jews the chance to regroup in communities at the end of every week, and that that regrouping sustained their Jewish identity.”

Even if Shabbat were to be categorized as a ritual commandment alone, does the Shabbat not act, then, as a sort of Jewish preservative, ensuring that the totality of the Jewish world-vision remain intact?

What did he think would become of a Jewish people for whom the Shabbat had become nothing more than a piece of national nostalgia, something a modern Jew could read about in history books or glimpse in old broadcasts of Fiddler on the Roof?

It would be the mitzvah of the Shabbat, then, that would serve as the example for my lunch date that robust moral DNA lies in every one of the Torah’s commandments, both the chukim and the mishpatim.

“Imagine the newly freed slave-nation that was the early Israelites,” I implored my lunch-mate to consider.

“They had been long been indoctrinated by their Egyptian taskmasters that their sole worth lied in their economic contributions to society. A man who worked long hard hours building storehouses for the Pharaoh had worth, but a sick or elderly individual confined to their bed was not worthy of the sustenance it took to keep them alive.”

“The command to rest on the seventh day of the week, was not only an invitation to dedicate a day of the week to the more important things in life, like faith, family and self, it was a national re-education of sorts. The Sabbath was G-d’s way of letting His people know that their worth was not tied to their workload or any other metric of personal productivity. The fact that they were endowed with a divine soul, created in the image of the Almighty Himself, was reason enough for every person to be treated with respect and worthy of honor.”

“If that’s not a mitzvah laced with great moral instruction for mankind,” I said, “I don’t know what is?”

My friend shrugged. “I had never thought of it that way,” he said.

I don’t know if the lesson I shared that day changed my friend’s mind or perspective on Judaism’s place in the modern world, but it’s a point that needed to be said and must continue to be shared in a world increasingly adrift from the commandments.

Mitzvah-Lite: What We Miss When We Only Follow “Moral” Commandments