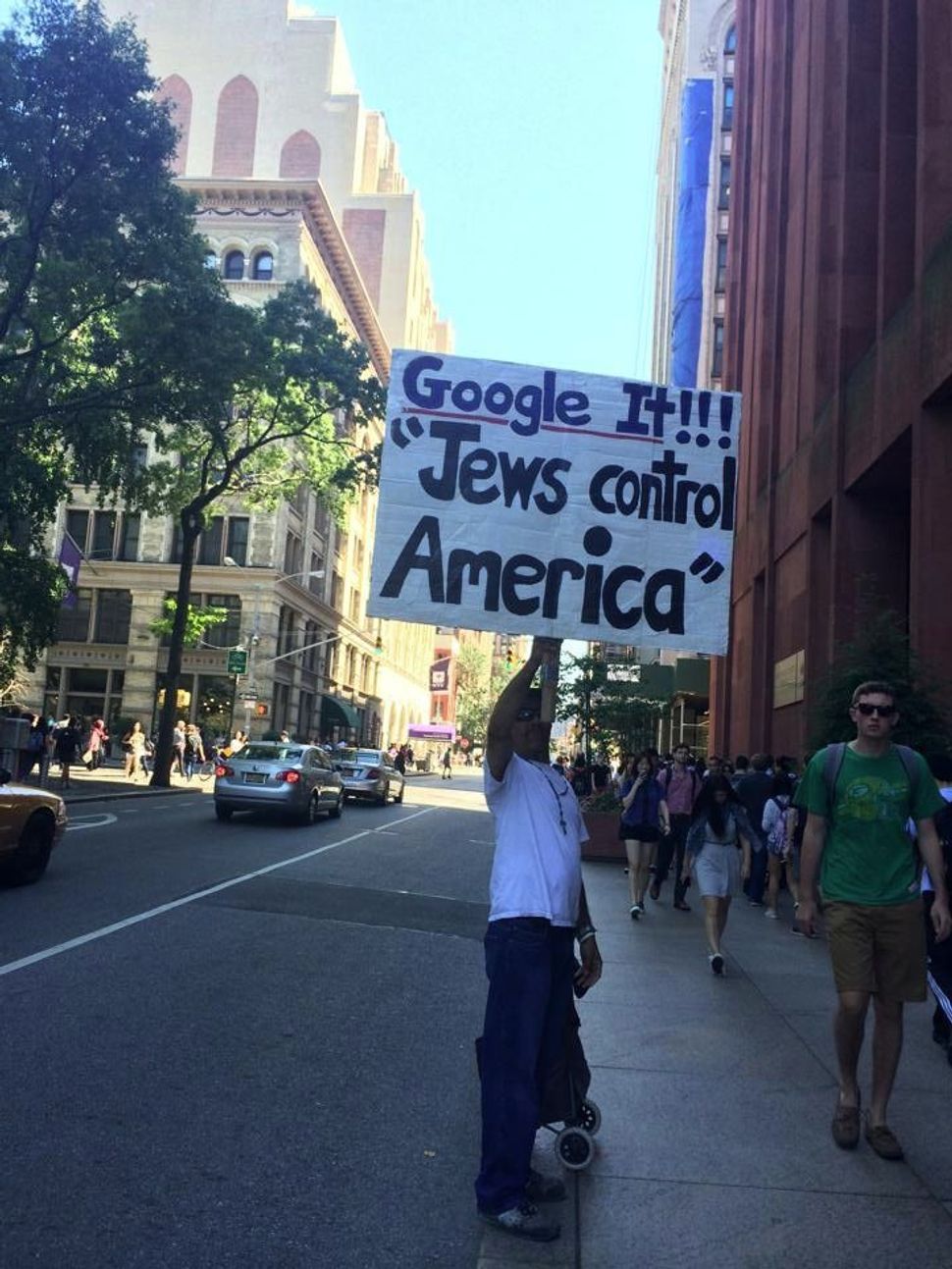 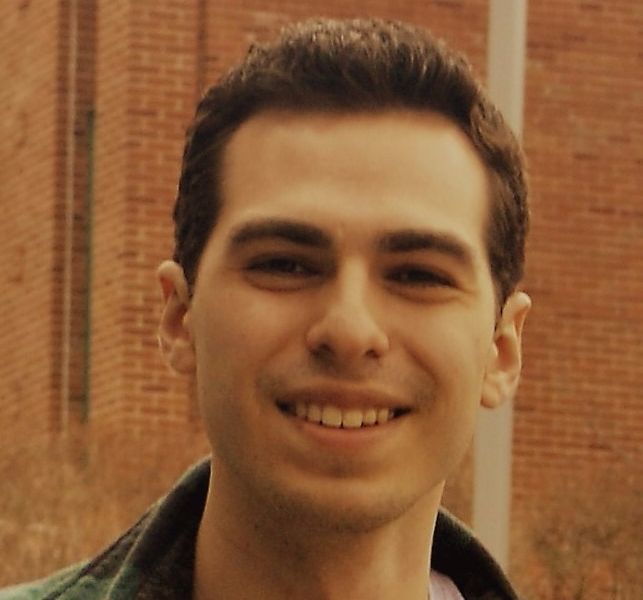 A version of this article originally appeared in New Voices

There are anti-Semites in the White House. They rank among the president’s closest advisors. Still, when I tell student activists that I feel unsafe in Trump’s America, I’m met with blank stares. I may be Jewish, sure, and everyone knows Jews have been persecuted. But in today’s student activist circles, Jews don’t count as a group worth protecting.

On the one hand, the number one task of Jewish student activists is to stand up for groups more persecuted than we are. Jewish people face bigotry in this country, and the history of institutional anti-Semitism here is real, but today we find ourselves mostly free of persecution. We should recognize that privilege and use it to fight for the vulnerable.

The radical spirit of challenging the powerful on behalf of the powerless is central to my Jewish identity; it is central to how I understand myself, a grandson of European Jews who lived through World War II and saw their families separated, uprooted, and destroyed by Nazis and Nazi collaborators. I don’t see fighting for the vulnerable as a lifestyle choice so much as a responsibility, passed down through my culture and practically etched into my DNA. Jewish activists, and students in particular, ought to fight for the most vulnerable on our campuses and in society at large. Historically we have often done so.

But allyship, at its best, must work both ways. And the reality is that Jewish people are still among the groups most threatened by today’s revival in white supremacy and far-right populism. So, when Jewish community centers got over 147 bomb threats since January, I expected non-Jewish allies to notice — even as I understood that Jews aren’t systemically oppressed in the way black and Muslim Americans are. When anti-Semitic hate crimes dramatically rise (documented by police departments and human rights groups across the country), I expect allies to speak out, or at least listen to Jews who do. When the president’s chief counterterrorism advisor, Sebastian Gorka, was found to support a violent anti-Semitic militia in his parents’ native Hungary, I hoped non-Jewish leftists might find it troubling. Instead, we have a situation where the left talks about white supremacy as if Jews aren’t affected and anti-Semitism is just a distraction from real issues – when, in fact, anti-Semitism is at the core of the white supremacist ideologies today’s leftist movements seek to upend.

The consistent omission of anti-Semitism from the discussion around Trump and white supremacy leaves progressive Jews like me scratching our heads. Consider how it looks to us when non-Jews use the Holocaust for their own political agendas and neglect to mention the words “Jew” or “anti-Semitism” in their analogies. Consider how it looks to us when leftists spend all day comparing Trump to Hitler but don’t once stop to recognize bomb threats, hate crimes, and anti-Semitic alt-rightists targeting Jews, many of whom are descended from actual Holocaust survivors.

If you think Trump is mini-Hitler, and you know the alt-right targets Jews as well as blacks and Muslims, might anti-Semitism be worthy of some discussion? When does it become worth discussing? When the JCC by my house faced a bomb threat, when neo-Nazis in Montana plan armed protests against Jewish-owned businesses, or when some wingnut in South Carolina wants to shoot up a synagogue? Is it worthy of discussion when the chief advisor to the president, Steve Bannon, is an accused anti-Semite who cultivated Breitbart News, a haven for white nationalists under the guise of the alt-right?

Sadly, I’ve found mostly silence from would-be allies, along with condescending assurances that Jewish communities aren’t really at risk. At my school, Binghamton University, I repeatedly see student activists brush aside Jewish students’ concerns because there are so many of us on campus – 25 percent of the student body – and because we’re mostly white and middle-class. But this argument would never be applied to any other historically oppressed minority group. Moreover, it misrepresents the unique nature of anti-Semitism, a form of racism which thrives on the notion that Jews are a privileged and wealthy elite. As a Jewish student activist, I find it both frustrating and downright perplexing that our communities are threatened by far-right forces across the country and around the world, but most student activists, who otherwise jump at the mere mention of combating racism, don’t seem to notice.

Every once in a while, someone in my extended student activist circle speaks out in solidarity, and it means the world to me. One friend, a committed anti-fascist, boldly spoke out when the JCC in my town was evacuated due to bomb threats. Another friend and prominent campus activist reached out to me last month, saying she hadn’t considered anti-Semitism as seriously as other problems, but the election (and subsequent events) changed her mind. She offered to collaborate on the issue, and I hope we’ll be able to do so. So, don’t get me wrong, allies do exist. But it hasn’t yet translated into a broader inclusion of Jews in activist culture, particularly on campus.

The support I’ve received from individual allies leaves me hopeful that we can make a change. People are starting to realize that an intersectional movement which seeks to protect all marginalized people will, at some point, have to value Jewish voices. People are waking up to the fact that anti-Semitism is making a comeback on the populist right (and sometimes the left) both here and abroad. On issues from white supremacy to the Israeli-Palestinian conflict, activists will have to speak to and with progressive Jews, instead of through us and over us.

In order to get there, we must hammer home the point that Jews are hated by white supremacists despite our skin color, that not all Jews are light-skinned, and that the relationship between light-skinned Jews and whiteness is complicated. We must stress that many of us may be privileged but we are still vulnerable and that combating anti-Semitism is a worthy task in Trump’s America, even if not the single most pressing one. Left-leaning Jews have an obligation to make this case in social justice circles, on and off campus. Nobody will do it for us.

Non-Jewish activists and organizers should recognize that our anxiety is legitimate, not a mere distraction from issues that matter. And combating anti-Semitism ought to be a tangible part of today’s social justice agenda. Once it is, perhaps Jewish students, activists, and organizers will be able to stand with other minorities against the shared injustices we face, not just as leftists or students but also as Jews. I look forward to that day. But, until then, we have a lot of work to do.

Jonathan Taubes is a student activist at Binghamton University. He has worked with progressive campaigns in Binghamton, on and off campus.