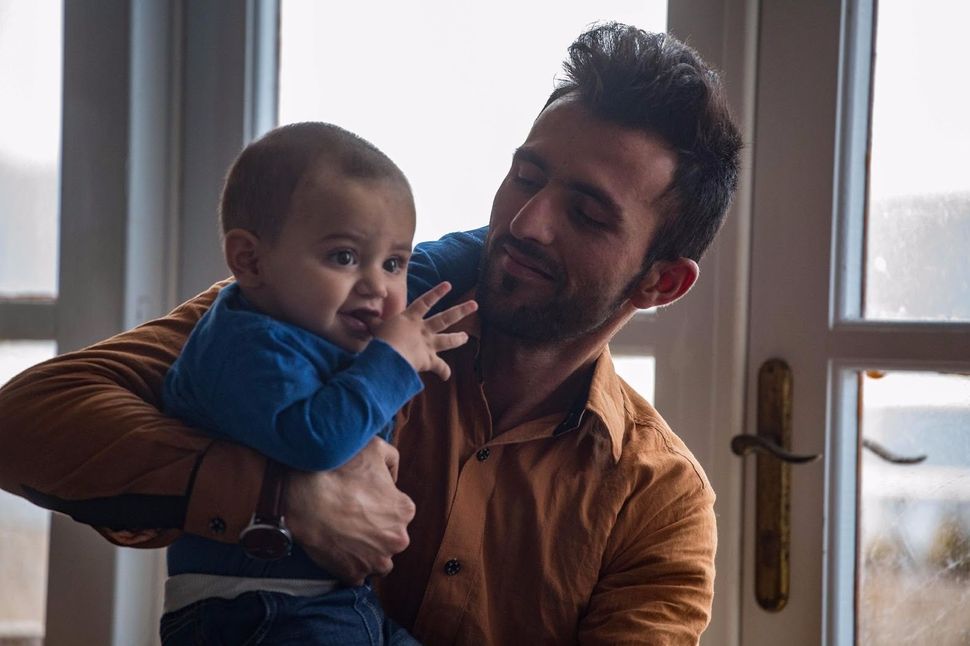 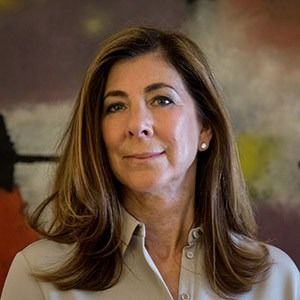 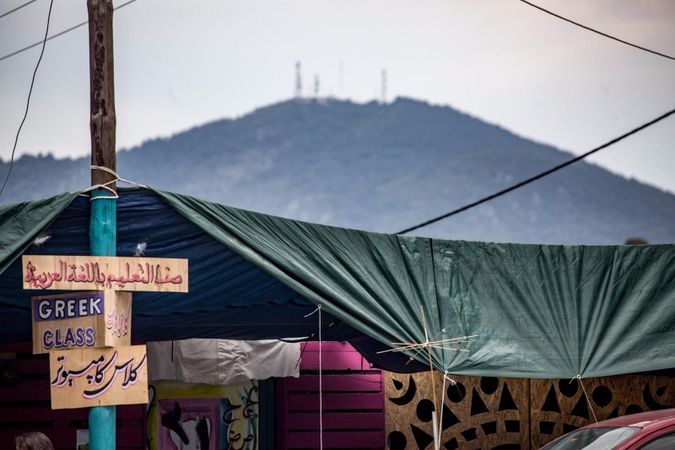 I’m old enough to remember a time way back before the 2016 presidential election, when political leaders of both parties saw refugees as victims. While the United States didn’t always fulfill its rightful role as a safe haven, there was nonetheless a basic bipartisan commitment to help those “huddled masses yearning to breathe free.”

It’s one thing to know that people are being demonized; it’s quite another, I’ve learned, to meet the people being demonized. I recently joined a mission organized by the Stephen Wise Free Synagogue to visit refugees in three places in Greece: Athens, Lesbos Island and Thessaloniki. Hundreds of thousands of refugees have passed through Greece, but when Europe closed its borders, tens of thousands were stranded there. Having escaped horror, they face an uncertain future as the governments of the world keep failing to resolve the worst displacement crisis since World War II.

I believed deeply in the mission, which was based on Jewish mandate to repair the world. Yet I wasn’t entirely comfortable as we set out. As a privileged American parachuting into these people’s lives, I worried that I was a “disaster tourist.” Knowing we were bringing much needed supplies and funds made me feel more comfortable, but I still had my doubts. These doubts vanished when I spoke to the refugees. They were clearly grateful to be able to tell their stories to outsiders. Several Syrian refugees told us that our caring made them feel “human again.”

And what astonishing stories they were. We spoke to a Syrian man who was holding a young baby. His wife’s water had broken just before they were to board an unsafe, overcrowded raft. Had they not boarded, they would have lost their places and their life savings and put themselves at even greater risk. Workers from IsraAid (an Israeli disaster relief organization with Jewish, Christian and Arab employees and volunteers) delivered that baby the moment the raft came ashore on Lesbos Island. A true miracle. 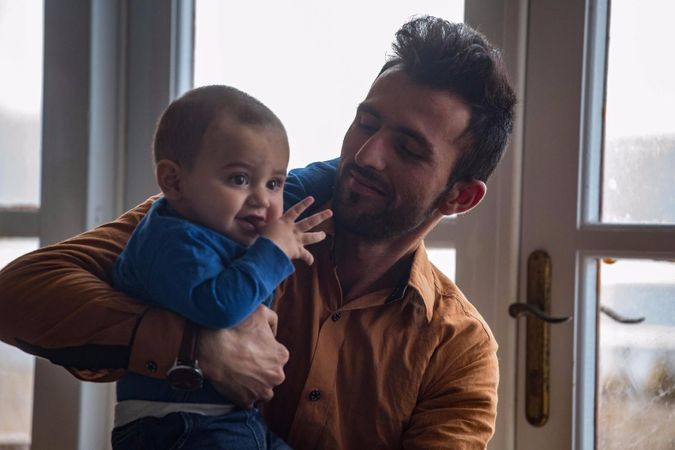 And then there was the boy from Iran we met at a residence for unaccompanied minors. He told us his story and sang to us. He had walked alone at night from Teheran, through Iran and Turkey and finally to Greece—a journey of more than 2,000 miles. He waits for interviews and hopes to make it to Washington DC, where family members live. 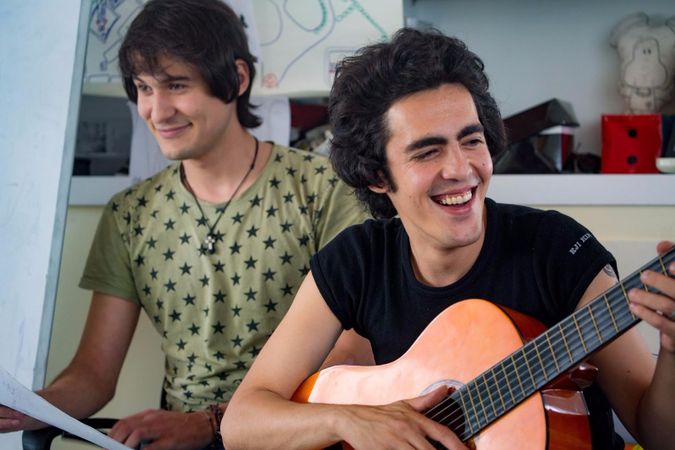 For some, the words didn’t come easily. A Yazidi man had to write his story on his phone, and he left the room when an aid worker read it. We learned that he had managed to escape from ISIS after they killed his brother—one of the many victims of the genocide of the Yazidis. Here in Greece, he worked from morning until deep in the night: picking up food, translating, taking fellow refugees to the hospital. It seemed that by giving back, he had started to heal himself.

Greece has been on the front lines of the refugee crisis, yet in the face of widespread poverty and unemployment caused by the financial crash, it’s unable to provide sufficient support to refugees. Its borders are now closed. Refugees can’t work or go to school. Beyond relative safety, there is nothing for them here. They’re simply waiting. 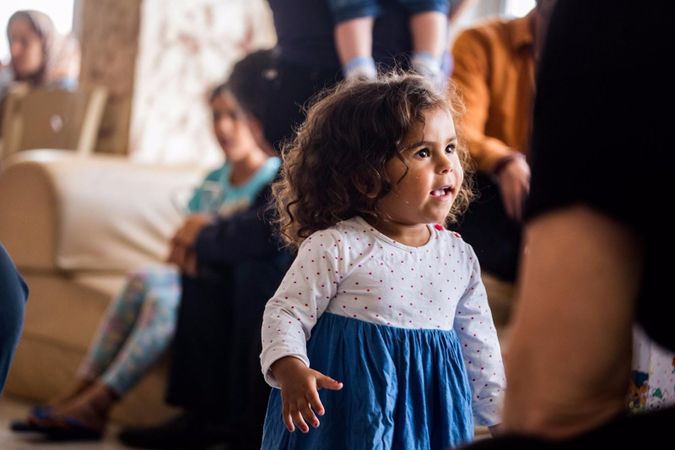 Yet amid despair and anxiety, I also saw optimism. The main reason was the possibility of reuniting with family members. I spoke with a Syrian boy who, like nearly every other refugee I met, had escaped via unofficial channels. He had traveled in a group of 75 that had paid smuggler after smuggler and arrived in Greece only after several failed attempts. His uncle had made it to Austria, and if he could somehow get there, he could build a new life. We called him the Mayor—his optimism, charm, and charisma shone through—and he’d learned to speak both English and Greek just a few months.

I also met a young man who was forced to flee Afghanistan because he had worked to help the U.S. military, making him a target of the Taliban. A US officer had advocated on his behalf, to no avail. Listening to him tell his story, I could scarcely contain my anger. The U.S. government had used his help and now, rather than protecting him and his family, American politicians were depicting refugees as dangerous.

We were there on the first night of Ramadan and, in a housing complex where refugees lived, they made a large meal to break fast. They were so happy that we, Jews from New York, could join them. Their effortless hospitality moved us deeply. We played with their children, and heard about their dreams. Most had not given up hope that peace would return to the countries of their birth. They longed to return home. 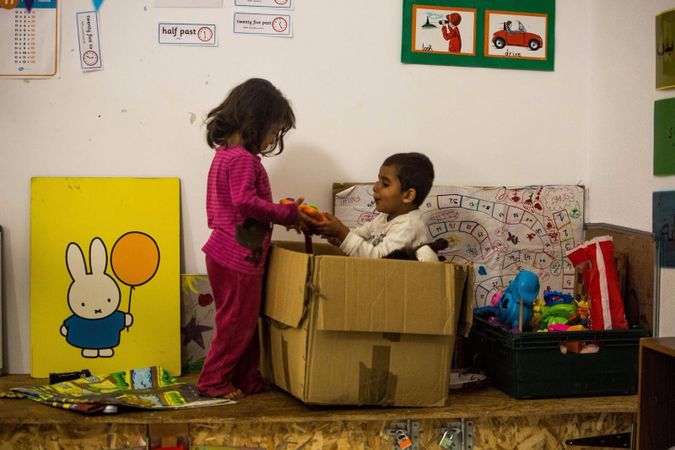 In our political discourse, refugees have become abstractions. I wish that Americans taught to fear refugees could look into their eyes and hear their stories. There would be no more fear. I also wish that anti-refugee politicians had joined us in Greece. Could they play with a Syrian child and still say, as one did in 2015, that the United States should shut out even five-year-old orphans?

The president’s Executive Order is called “Protecting the Nation from Foreign Terrorist Entry.” By all means, protect our country—but the focus on refugees is outrageous. Where is the humanity that has been the glue of our great nation?

Roberta Schuhalter Karp is a member of the Human Rights First Board of Directors and is Co-President of Karp Randel LLC.