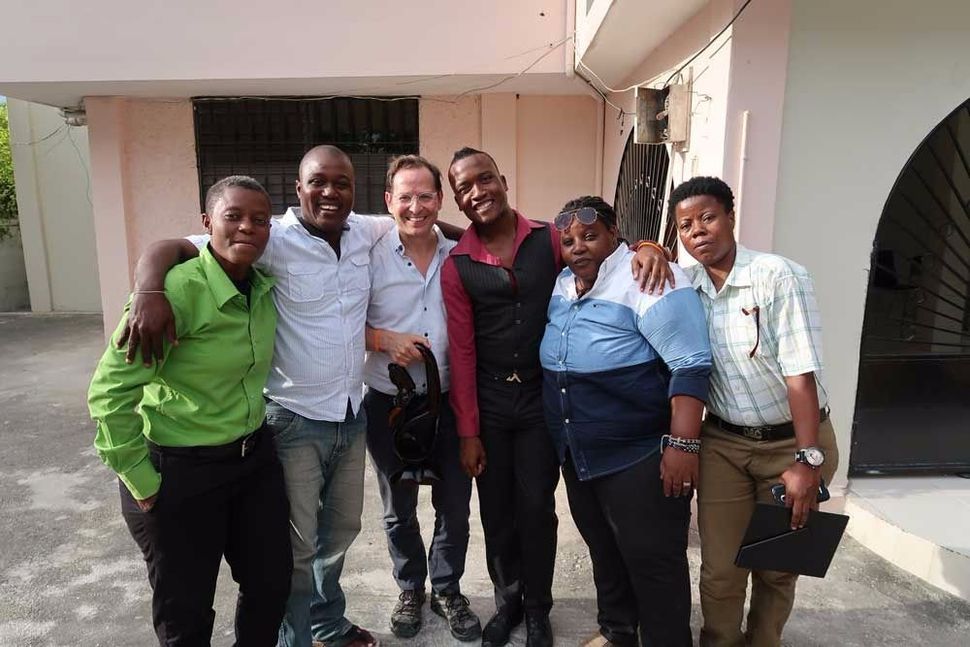 In Haiti with staff and volunteers from Kouraj earlier this year. Image by Courtesy AJWS

Two weeks ago, I was in Haiti visiting AJWS’s grantee partner Kouraj, which is the Creole word for “courage.”

What an apt name for an organization led by courageous activists who are fighting for a very simple human right that still eludes people in more than 70 countries around the world. That right is the right to love; the right to love a person of the same gender without fear of being ostracized, hurt or even killed.

Kouraj is saving lives by supporting young men and women who are shunned by their parents, their families, their communities and their employers simply because of who they are.

I was heartbroken as I listened to a young man named Lionel* talk about his attempt to take his own life because he was kicked out of his home, his church and his job when he told them he was gay. Luckily, he survived and found Kouraj where he met other LGBT people who provided him with psychosocial support and confidence. Today, Lionel is thriving and has a community that helps him navigate his life in Haiti as a proud gay man.

As I prepare to march with AJWS in the NYC Pride March this weekend, I’ll be thinking of Lionel and the countless LGBT rights activists in the developing world who risk their lives for the dignity and safety of others — each and every day.

I have always loved marching in NYC Pride, but it feels especially important to march this year, at a time when LGBT people worldwide are increasingly vulnerable to violence and discrimination. In places like Chechnya, attacks on LGBT people are brutal and deadly.

I came out in the 1980s in the midst of a visible and vocal gay community in New York City. And today, I feel blessed that I can be open about who I am without fearing for my safety or rejection by my family.

But I cannot rest until my LGBT brothers and sisters around the world experience that same reality. Even though their day-to-day lives look very different from mine, our struggle for liberation is one and the same. In the words of the great American Jewish poet Emma Lazarus, “Until we are all free, we are none of us free.”

I’m proud that, as Jews and global citizens, the AJWS community has never wavered in our belief that all people deserve to live safe, healthy and dignified lives — regardless of who they are or whom they love.

In honor of Pride Month, members of the AJWS community shared in this video what motivates them, as Jews, to fight for the rights and dignity of LGBT people everywhere.

Together, we are making sure to honor the courage and experiences of global LGBT rights efforts that seldom make headline news in the United States.

In Nicaragua, Grupo Lesbico Feminista Artemisa (Artemisa) is one of the only lesbian women’s organizations that promotes community organizing to resist violence and discrimination, promote feminism, and enable access to health and justice for lesbian women and other sexual minorities. Artemisa’s critical work has helped lesbian women navigate challenging circumstances and, in many cases, gain acceptance from their families. This year, for the first time since Nicaragua’s inaugural Pride March in 1991, LGBT people in the country will be marching alongside their families. 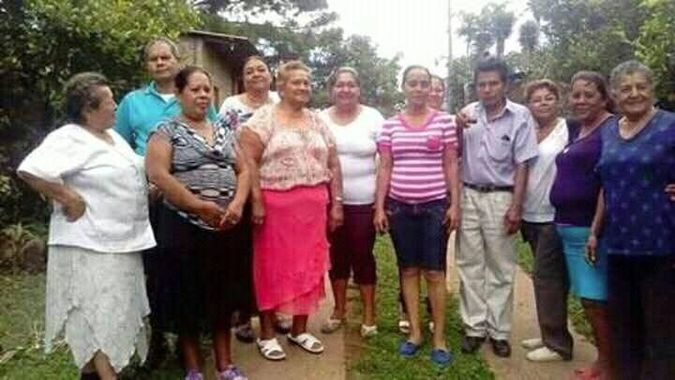 Members of Artemisa with their families. Image by Courtesy Artemisa

In Thailand, Thai Transgender Alliance (TGA) works to end discrimination against transgender people. It took TGA three years to even gain recognition as an organization from the Thai government. But today, the TGA team is working to pass and ensure fair implementation of policies to protect trans people’s rights.

In Uganda, Chapter Four Uganda successfully quashed the Anti-Homosexuality Act, which legalized the persecution of LGBT people. When the law passed in 2013, many Ugandans feared the worst. But Ugandan human rights attorneys, Adrian Jjuuko and Nicholas Opiyo, didn’t lose hope. With AJWS’s support, they led a team of activists and lawyers who challenged the law’s constitutionality in Uganda’s highest court. Thanks to their efforts, it was annulled—to the great relief of LGBT people and their allies throughout the nation. Human rights activists have since remained vigilant and are continuing to fight against the bill’s return. 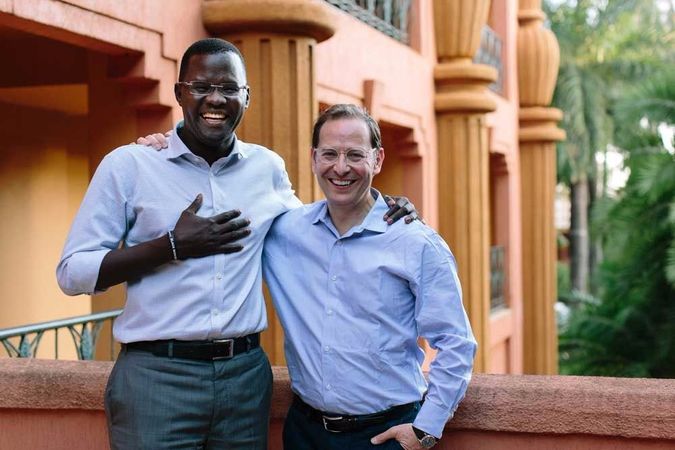 Nicholas Opiyo, Executive Director of Chapter Four Uganda, and me in Kampala earlier this year. Image by Christine Han Photography

Each step I take while I march through New York City this weekend will be in solidarity with LGBT rights activists and their allies around the world.

Our work for justice and equality will never be finished until all people can experience the sweetness of freedom.

*His name has been changed to protect his identity and safety.