Three Vital Life Lessons I Learned From My Jewish Fraternity 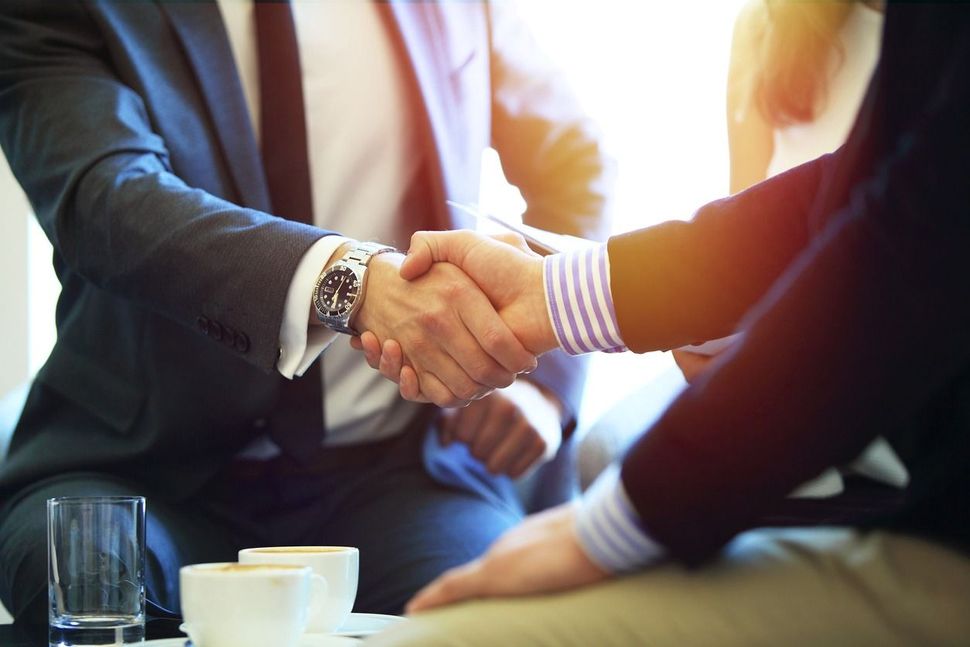 The following is adapted from an address Daniel Elbaum delivered at Alpha Epsilon Pi’s 2017 International Convention:

Every fraternity story that I have ends the same way. “Thank God, there were no smart phones then.” While that remains true, after holding senior positions at two major Jewish organizations, I find myself thinking back with gratitude about some of the lessons I learned in my fraternity. Here are three.

I didn’t join AEPi because it was the coolest fraternity on campus. We weren’t. I joined because of Brian Septon, Alex Drapatsky, Jason Cherpak, and Steve Pearlman.

Brian was a friend from high school. Alex, Jason, and Steve took me out shortly before my freshman year of college. They bought me a beer, told me stories about college life, and flattered me with the notion that three upperclassmen had even vague interest in anything I had to say.

As I reflect on my time in “grown up” Jewish life, not much has changed.

My first position at AJC was as regional director of our Chicago office. Our membership had gotten older and we were deciding how to tackle that challenge. I remember what my regional president, a gentleman named Larry Adelman, said to me:

“I’m 64 years old. Our goal should be to make sure that I’m not one of the young guys at an AJC meeting.”

Within a few years, we had recruited 15 new board members, many in their 30s and 40s. Larry spoke to all of them about his own personal journey. He talked about being the only Jewish kid in his class in Decatur, Illinois and being asked where his horns were; about our responsibilities to Jews around the world; about the importance of AJC’s diplomatic work and his first trip to Germany with AJC.

Nearly everyone he talked to joined. They signed on because they believed in the mission of the organization and our work. But, in many ways, they joined because they liked Larry. There are many places one can learn about the power of personalities, but I learned it in AEPi.

#2: A good advocate knows his audience and crafts his arguments accordingly.

One of my favorite debates in the chapter room involved one of the stupidest issues we ever discussed—quite a distinction. There was an old, out-of-tune piano that stood in the corner of the living room that only seemed to be used at 3 a.m., when a brother decided to display long-hidden musical talent.

A motion was raised to have the piano removed and an off-hand comment was made that the only purpose the piano served was to hold the mail. At that point, a voice rose in opposition and asked: “Without the piano, where will we put our mail?”

This argument carried the day, the piano was saved, and an impromptu concert was held shortly thereafter.

This story demonstrates an important lesson in advocacy:

Know your audience. High-minded lofty sentiments mean nothing if you are only talking to yourself. The brothers at the great piano debate of 1994 would not have voted to save the piano if the argument had been about culture or music. They wanted to know where their mail would be and did not have a satisfactory answer.

This story also reminds me of the importance of speaking from the heart. Nine times out of ten, the side that seems to care more carries the room. Whether it is debating which sorority to mix with or speaking up for Israel’s right to defend itself, passion is contagious and effective.

In my fraternity, the movie “Animal House” was often cited with the reverence most reserve for religion and country. One of my favorite lines comes from a speech by John Belushi’s character, Bluto, when the Delta house is going to be closed. He implores his brothers “It’s not over! Was it over when the Germans bombed Pearl Harbor!?”

One of the brothers whispers “Germans?” and another responds “forget it, he’s rolling.”

Emotion is a powerful motivating influence and an audience will reward your passion for the issue when it shines through in your arguments.

At AEPi, I learned that one earns a reputation quickly. Perhaps the starkest example of this fact was chapter elections. After the candidates delivered speeches, the real fun began. Through a grueling process called “pros and cons,” every possible positive and negative thing was said about each candidate before a secret ballot vote took place.

I’m not sure why anyone thought this was a good idea. Oddly enough, it worked and the most deserving candidates won. It taught me the importance of one’s reputation. How we conduct ourselves matters. And it often matters far more than the particular issue of the day.

Relationships are reciprocal. There are some who only want to talk about themselves and their issues. That is self-serving, even counterproductive. Your interlocutors need to understand what they are getting from the relationship.

I have also seen many Jewish organizations so determined to build relationships that they are hesitant to raise their own issues. In those situations, the relationships supersede the mission—a disservice to the cause we serve, even insulting to our partners.

Building relationships is hard. It can be frustrating. It would be far easier just to speak with people with whom you agree. But that wouldn’t advance our mission.

Brothers, always remember: in relationship building, personalities matter; to win your argument, know your audience; and be a true friend. Oh, and be careful with the smart phones!

Daniel Elbaum is the Assistant Executive Director and Managing Director of the Department of Regional Offices at AJC. He is a brother-alum of AEPi’s Delta Chapter at the University of Illinois.

Three Vital Life Lessons I Learned From My Jewish Fraternity