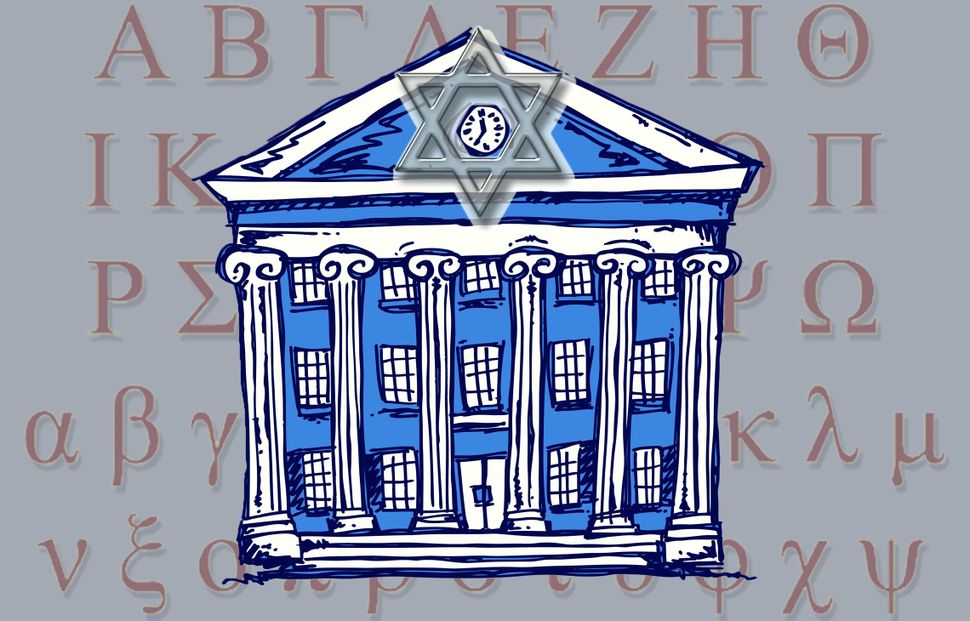 There was a time when Jews were shut out from fraternities and sororities, those hallowed institutions that today can claim up to 9 million current college students as members. But just as Greek life has evolved, from “Animal House” emulators to charitable foundations, so, too, have the ways in which Jews are involved — especially in organizations that are officially or historically Jewish.

With such a wide array of options available to those interested in pledging a Jewish brotherhood or sisterhood, how can a bright-eyed freshman make an informed decision? Fear no longer. Below, find out which schools are the best for all those who want to ignore the Maccabees and get down with the Greeks.

• University of Illinois at Urbana–Champaign

• University of Texas at Austin