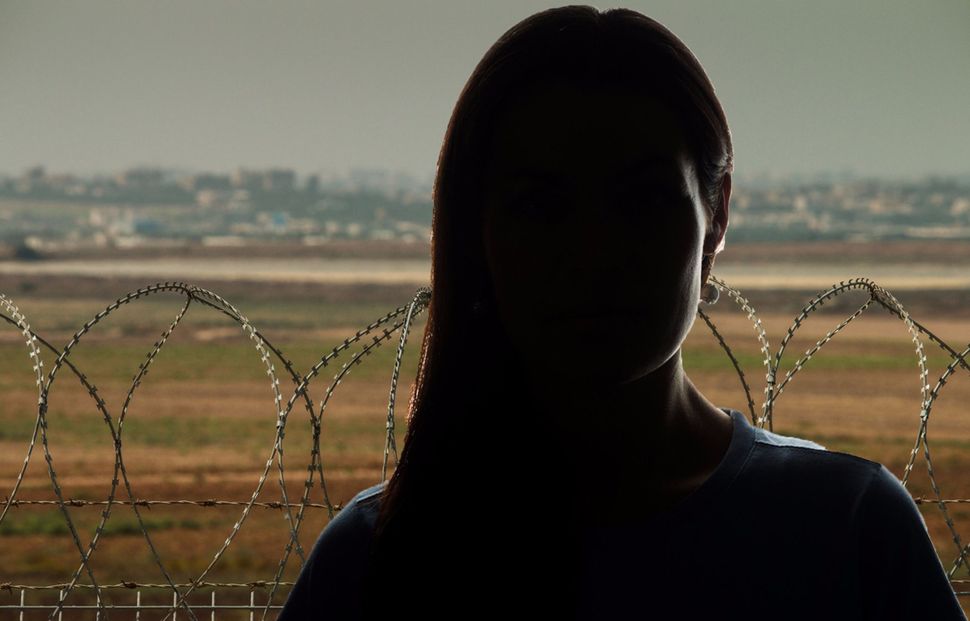 I mentor four writers in Gaza through We Are Not Numbers, a nonprofit organization founded in 2015 by an American journalist to pair Palestinians under 30 with international mentors. The goal is to help develop the English language skills of Palestinian youth and to educate Westerners about the complexity of life and identity in Gaza. All my mentees write autobiographical fiction, most of it in fact, memoir. I communicate with them on Facebook where we exchange drafts in Messenger.

My most prolific student, Enas Fares Ghannam, 29, is a graduate of Al Azhar University and works as a translator in Gaza City. Her short story, ‘Always on the Inside Looking Out’ has taught me more about life in Gaza than anything else I’ve read. It begins with Enas surfing on Facebook, as she terms it, happening upon the photo album of a non-Palestinian friend. The cover photo overlooks a charming sea or lake, and she wonders where it is. The caption reads: Behind Me Is The Sea of Galilee. Next she finds photos of this friend and his friends smiling and snapping photos near the Dome of the Rock Mosque on The Temple Mount. Photos of Jerusalem, Ashkelon, Nazareth, Nablus and Jericho follow. The story picks up:

“Suddenly my heart felt as if it wanted to leap out of my chest—to protest, explode and revolt. Hundreds of questions burst into my mind, but I couldn’t focus on any of them as they were popping and disappearing at the same time. Only one question emerged clearly: ‘Why can’t I go there? What or who gives him the right to go? I’m ok with not being able to visit any other country, but shouldn’t I be able to visit my own at least? I couldn’t help it. I cried.’”

In 2000, Enas was twelve when her father informed the family they would go to Jerusalem the following Friday. It would have been her first time out of Gaza. She began to imagine what it would be like being in the car all day. Would they eat in the car? Stop? What would she ask Allah for when she prayed at the Al-Aqsa Mosque? She has relatives in Nablus she’s never met. She hoped to see the mountains around Nablus. She’s never seen a mountain.

The day before they were to depart, former Israeli Prime Minister Ariel Sharon strode across the Temple Mount and the Second Intifada erupted. “I never left Gaza.,” Enas wrote. “I have never dared to dream again.”

Her closest friend, Eman, too had never left Gaza. Their shared disappointment made it easier for both to shoulder. Then Eman became sick and after months of paperwork finally gained permission to go to Jerusalem for treatment. The story continues:

“We are not alive,” Eman told me when she returned. She said that the moment you cross through the Erez Terminal, you know that you are in a totally different, more luxurious country, with different people and a different way of life. She prayed in the Al-Aqsa Mosque and toured the malls of Jerusalem. She was like my eyes; I listened raptly to her, feeling as if I was there, yet I wasn’t. She showed me the photos she took in the Church of the Holy Sepulcher. Should I become sick so I can go there too? I thought.”

The story ends: “Before, when it seemed as if everyone else had traveled and seen ‘not Gaza’ places, she, like me, had not. She had been with me; but now she was with “them.” And now I feel alone.”

Recently I worked with Enas on her scene from a play she wanted to enter in a competition for admission to a writing workshop in the West Bank sponsored jointly by the Qattan Foundation, a British charity that operates in the Arab world and the British Council, an international cultural and educational organization. Some of the plays will be performed in London. If accepted she would finally see both mountains and her relatives in Nablus. Several weeks ago she wrote that with that scene she had won a place in the workshop. However, the Israeli civil administration informed the sponsors that due to the Jewish holidays it would take 55 days to grant Enas a travel permit. She will miss the workshop.

She wrote me: “I thought I would finally go to the West Bank.” Then a crying emoji and she continued, “I wanted to say happy holidays to you. I’m not sure what are the names of them.” I responded that it is wrong and unfair that she could not go. She answered: “Don’t worry about it, maybe it’s not the time for me now. It was important though, to tell you.”