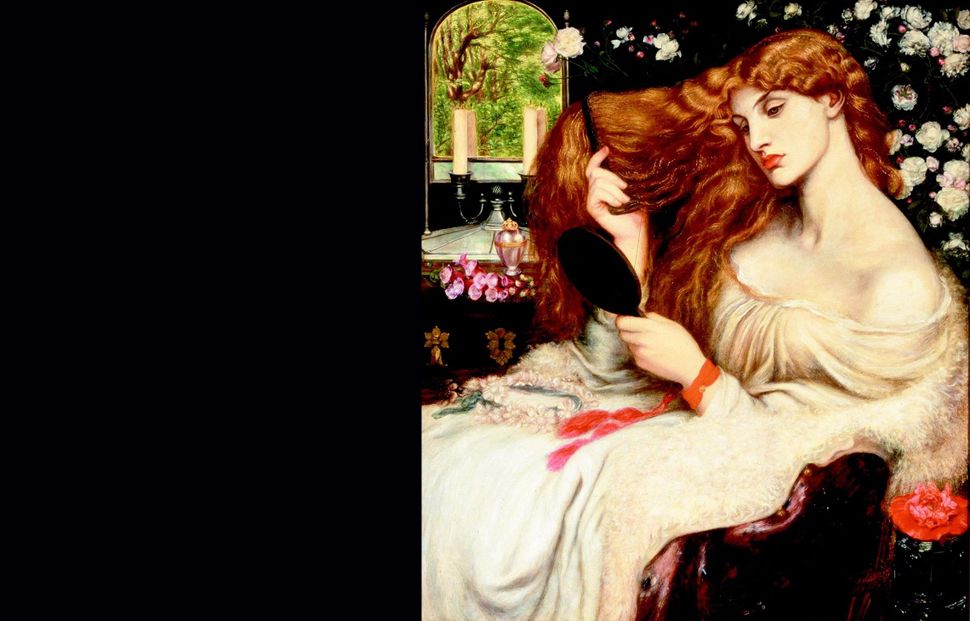 The time for red ribbons on the crib has come again as I await the birth of my second daughter. In 1900 Anzia Yezierska, a Polish-Jewish immigrant moved to the Lower East Side and wrote a book called Red Ribbon on a White Horse. She ran away from her orthodox family in search of words, and made it as a writer first in New York and then in Hollywood. Known as the “sweatshop Cinderella,” Yezierska has a famous quote from that book: “Poverty was an ornament on a learned man like a red ribbon on a white horse.” Perhaps this alludes to her own father, a scholar of the Torah and other Jewish texts. Or perhaps it suggests a bigger spirit, maybe that of Lilith, Adam’s first wife rarely mentioned in any ancient text. Regardless of the reference Yezierska knew, as I know, that a red ribbon is a sign of superstition, a warding off of evil, an extra layer of protection. But, from whom? With all of this in mind I reach to the bookshelf and pull down My Name is Lilith, a dazzling children’s book by Monette Chilson with illustrations by Arna Baartz. It is a guide for girls about a woman who chose her own path.

Lilith’s exact history is unclear. She is known as Adam’s first wife. Yes, she came before Eve. Her story is simple yet sad. Many know Lilith as a demon, an enemy; someone who steals babies out of their cribs and smothers them in their sleep. The story goes that G-d chose Lilith as Adam’s wife. But at some point Adam tells Lilith to lie beneath him and she refuses. G-d gives her a choice. Lilith can stay in the garden and bend to Adam’s will, or she can be free to roam the earth but never have any part of the tangible world again. Lilith chooses her freedom and then we never hear from her again. Yet Lilith never gets the chance to tell her side of the story. In this book she finally has her say. She talks about not being accepted as a real woman, about women who share her spirit and about how even in her flight, her inner voice is where G-d resides.

The book was given to me as a gift two months before my due date. It’s straightforward narrative reminded me of Anzia Yezierska and her choice to write instead of live under her father’s thumb. It reminded me of my own story and how even though I was raised in an Orthodox Jewish community, I chose to love someone outside of my faith. I chose to have an interfaith family. Sometimes these choices get people kicked out of paradise. But sometimes paradise is full of snakes.

Reading through My Name is Lilith I come across these lines, “Once I left the make-believe perfection of the garden behind, I was finally able to figure out who I really was. I was able to just be Lilith. Not the mother of the human race. Not the wife of the first man. Not the prototype for all the females who would follow. Just Lilith.” This is the lesson I want to teach both of my daughters. This is the reason a book about Lilith, and not a book about Mother Teresa (even though she’s kind of a rebel too), is on my bookshelf.

The red ribbon has come to symbolize something else in my house. Instead of a warding off of evil it is an acceptance of truth. It is an invitation for creativity and unique individuality to lurk around my child’s crib. Perhaps this is why I never took it off the crib in the first place.

I’m prepared for the world to judge my daughters. The world is full of judgment. No one escapes it. I’m waiting for the day someone comes home crying asking me why they aren’t “Jewish enough.” I’m waiting for the challenges they will face being part of our interfaith family. When they are looked at as objects instead of human beings, when they are looked at as a race instead of a name, when they are teased and bullied and asked to be lesser even when they are more I am ready for all of this. These are cruelties we see before us every day. And when the first tears begin to roll we will sit on the carpet and read My Name is Lilith. We, like Yezierska, will follow our dreams and our inner voices even if it means betraying our father who studies Torah by candlelight. Even if it means being shut out of Eden. Eventually, everyone is shut out of Eden anyway.