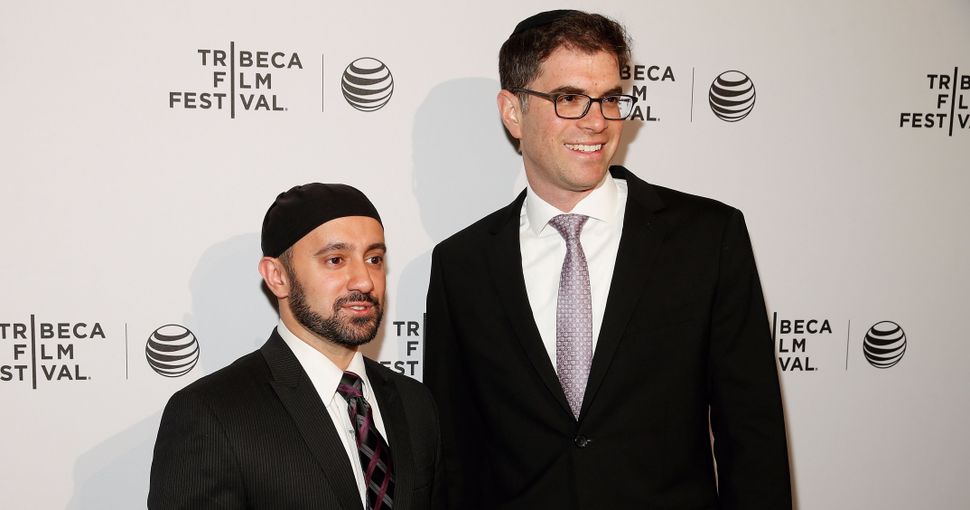 These men and women represent the deeply beautiful diversity that is the United States of America. In thinking about these victories, however, I could not help but reflect on my Orthodox Jewish upbringing. Though I was raised in a home and learned in a school that fostered empathy, respect for all, and tikkun olam (repairing the world), the diversity I have come to love and appreciate was missing.

This week, CNN published an article titled “A Georgia Networking Event Wants to Help White People ‘Come Meet a Black Person’”. While the event may warrant laughter or skepticism, the intention is spot on. Organizer Cheryle Moses of Lawrenceville, Georgia wants to bring people together and attempt to narrow racial divides. Moses states, “It’s a great opportunity to start relationships. And if you have a relationship with somebody, you are inclined to treat them like yourself. If you don’t have that relationship, then you’ll only treat them based upon what you may have seen or read somewhere.” Moses is absolutely correct. We need more formal opportunities to meet, mix, mingle, and learn — learn with each other and about each other. The article’s author cites a 2013 study from the Public Religion Research Institute (it does not include data from Jews or Muslims) that found that 75% of White people in America report that their close social networks are entirely White, and 65% of Black people say theirs are entirely Black.

Of course, it is only natural for people of similar cultures to stick together. In Judaism, this is how we ensure the continued existence of our people and the conservation of our traditions. Many people, especially in Orthodox communities, attend colleges that have active Hillels or Chabad houses. Families move to neighborhoods with a Jewish school, an eruv, and a shul that is close by. It is not uncommon for children to attend Jewish sleepaway camps as well. These experiences are invaluable to children and families, but they are rarely supplemented with experiences involving people from other backgrounds. This can be especially dangerous when television and movies are rife with misrepresentations of racial, gender, and ethnic groups that perpetuate a single story and harmful stereotypes.

In 2006, as a freshman in high school, I attended the Eimatai Leadership Convention hosted by Yeshiva University’s Center for the Jewish Future. At this conference, there was a contest to see which school could create the best new student group. My team from Yavneh Academy of Dallas founded a group that promoted diversity and interactive learning with students from different backgrounds, and won. Uniting Students of Dallas, a student-led organization committed to teaching tolerance, learning from those who are different, and social justice, came to fruition. One of our main events was a Mix-It-Up at Lunch day, where Yavneh invited students from three other schools in the Dallas area to visit for the day. We engaged in icebreakers, had conversations during lunch, and listened to a group of speakers who touched on identity, societal power dynamics, and diversity. I remember feeling that this was my Judaism, and that I wanted to exist as a Jewish woman with strong positive ties to other communities as well as my own.

How do we strike the balance between getting a comprehensive Jewish education, but also a real sense of what the people of the world look like, think, and feel, and who the world is made of besides for those like us? How can we begin to teach empathy if we cannot remember a time we had a meaningful conversation with someone of a different race or religion? How can our teachers claim we should act as an ohr l’goyim, a light unto the nations, when we are so completely unfamiliar with who these nations truly are? Chipping away at institutional racism, xenophobia, and anti-Semitism is an intentional, full-time task, and can begin by getting to know one another more intimately than a superficial conversation allows. Cheryle Moses is right, and it is hard to ignore those who we know, understand, and appreciate.

Perhaps the answer lies in organizing more Come Meet a (insert race/religion/ethnicity) Person events. Perhaps our middle- and high-schoolers need to participate in more Mix It Up at Lunch days. Whatever the solution may be, we must make a deliberate effort to strengthen diverse human connections across identity lines, engage with and in other communities, and welcome people into our own with open arms.

Zoe Pulitzer is an MPH candidate at the Mailman School of Public Health at Columbia University.