When Criticism Of Israel Becomes Anti-Semitic 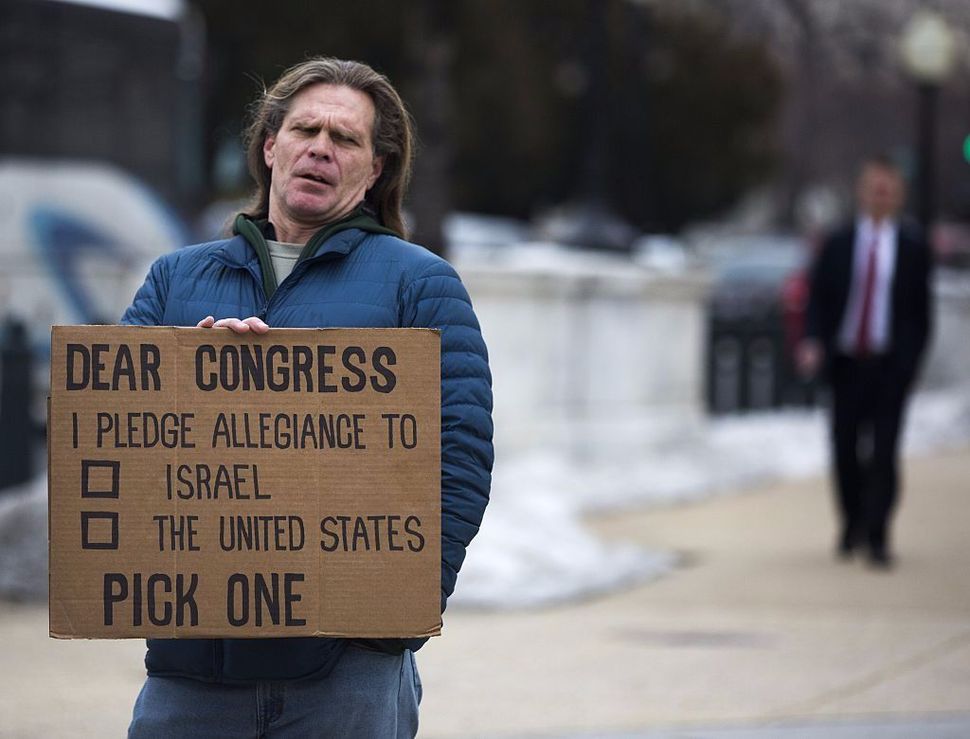 While Twitter can sometimes enable worthwhile conversations between people who would not otherwise cross paths, it can also function as an echo chamber where the same arguments are repeated ad infinitum. So it is with the usual suspects who constantly feel compelled to assert that “criticizing Israel isn’t anti-Semitic. Calling it anti-Semitic is a silencing tactic.” When I encounter this talking point I try to keep nauseous feelings at bay and scroll past these one-trick ponies. It’s more difficult than it seems.

Twitter lived up to its demons when news broke that Linda Sarsour and Rebecca Vilkomerson were to be featured at The New School’s recent event devoted to anti-Semitism. Many voices invoked the talking point regarding silencing criticism of Israel:

Contrary to #ADL slander, Linda & Rebecca are perfect to address the uses and abuses of anti-semitism. Anti-semitism is an evil we must unite to defeat. At the same time, we must fight those who cheapen or distort its meaning in order to silence criticism of Israeli policies

The group Jewish Voice for Peace (JVP) is a reliable token trotted out whenever anti-Israel activists seek to shield themselves from accusations of anti-Semitism. Despite the seemingly-benign name, the organization recently honored Rasmea Odeh, a convicted terrorist responsible for the murder of two Israeli students. One is left to wonder what they have in mind when they refer to peace.

While the purported topic of The New School’s event was anti-Semitism, the actual focus was rather different. In the words of the organizers: “Anti-Semitism is harmful and real. But when anti-Semitism is redefined as criticism of Israel, critics of Israeli policy become accused and targeted more than the growing far-right.” This rhetorical sleight-of-hand is something we’ve seen increasingly from the far-left, who communicate desires that go well beyond policy critiques while framing what occurred in benevolent terms such as “criticism of Israeli policies.”Redefining anti-Semitism as something that can only come from the far-right is convenient for the far-left, but it does nothing to combat the very real bigotry emanating from both extremes of the political spectrum. The event itself was notable only for how much the panelists agreed with each other on this formulation of anti-Semitism and how one of the panelists compared Israel to dystopian versions of Nazis.

Of course, honest criticism of Israel is not necessarily anti-Semitic. But it crosses that fatal line when it judges using criteria to which no other country would be subjected. If you’re wondering what that means, you don’t have to look far beyond Israel’s immediate neighborhood. Both the U.S. and Russia are engaged in active military campaigns in the region. Regarding the American campaign against ISIS, conducted with several allied governments, the New York Times reports:

“We found that one in five of the coalition strikes we identified resulted in civilian death, a rate more than 31 times that acknowledged by the coalition. It is at such a distance from official claims that, in terms of civilian deaths, this may be the least transparent war in recent American history.”

A measured criticism if there ever was one. The Russian campaign in Syria is even more egregious, with documented cases of deliberately targeting civilian infrastructure such as hospitals. Again, the measured language of the New York Times:

“The analysis shows that the hospital, contrary to claims by a Russian general, was bombed multiple times.”

At this point ,an informed observer may note that neither Russia nor the United States faces rocket attacks on its cities from the parties against which they are waging war. They have no worries about tunnels burrowed into their sovereign territory for the express purpose of kidnapping or killing civilians. Furthermore, Russia’s actions in Syria cannot even be justified on security grounds. Rather, they are entirely aimed at bolstering Russia’s geopolitical position by protecting its brutal client, Bashar Al-Assad.

Strangely, nowhere will one find debates about whether, because of their current military campaigns, Russia or the United States has lost its justification to exist—indeed, any such suggestion would be laughable. Contrast this with the rhetoric deployed by the usual suspects against Israel during the 2014 war in Gaza, waged to stop missile attacks on Israeli civilians and the digging of tunnels into its territory:

Israel should give free citizenship to US politicians. They are more loyal to Israel than they are to the American people.

What, exactly, is the criticism being made here? What policy should be changed as a result? All this tweet accomplishes is a new twist on the old canard of Jewish dual loyalty, charging that American Jews pressure the country’s leaders to suppress criticism of Israel and place its interests above those of the United States. The talking point about the alleged silencing of criticism resurfaces over and over:

In fact, the State Department’s definition explicitly addresses this complaint:

“However, criticism of Israel similar to that leveled against any other country cannot be regarded as anti-Semitic.”

Given the clear guideline, why do the usual suspects find this definition to be objectionable? Perhaps because they regard Israel as in a class by itself.

Questioning Israel’s right to exist or demonizing Zionism, its founding ideology, as uniquely evil is not a “criticism of Israel.” It’s anti-Semitism masquerading as a political critique. Those who advance this argument are using a well-known racist tactic by, when confronted with their bigotry, respond that their critics are “playing the race card.” In both cases, it’s a strategy of obfuscation designed to enable the continuing assertion of bigoted beliefs without being held responsible for them. In the case of Israel and her supporters, it’s also a cheap trick used to sound reasonable while slandering a group—in this case, the Jews. “Silencing criticism of Israel” is a fake charge. We know better. It’s time we do away with the pretense and confront the “criticisms” head on.

When Criticism Of Israel Becomes Anti-Semitic