Are We Powerless To Stop Gun Violence? 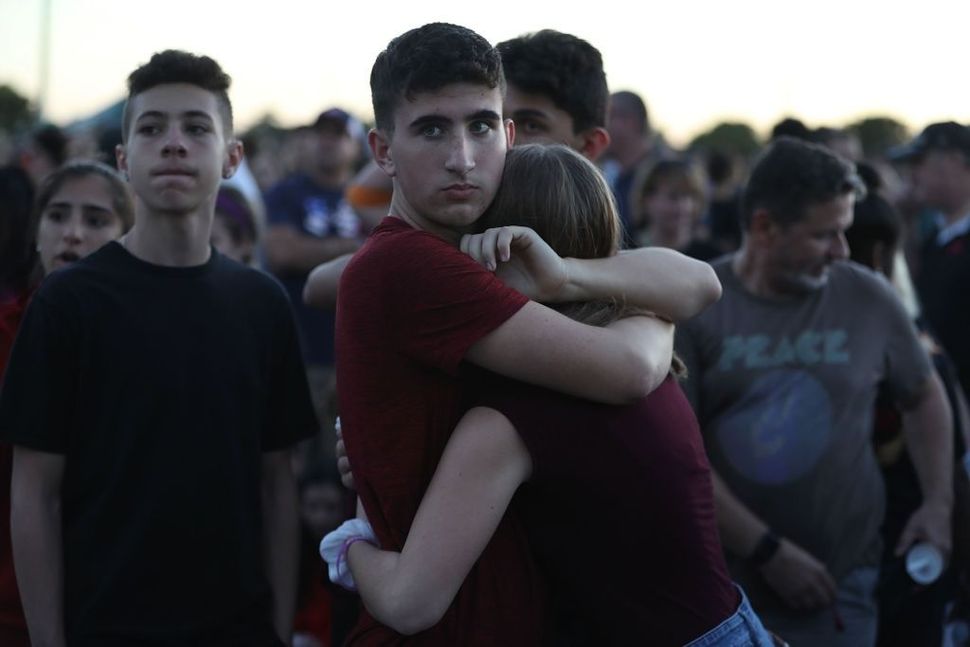 When one looks at the readily-available online list of mass shootings, which take place way too often during peaceful times in our great country, it is impossible not to be terrified and even ashamed that the our great country seems helpless to put an end to it.

13 killed and 24 injured in Columbine (these were kids!).

Those who are killed or injured and their families are not the only victims. How do we even measure the harm to the morality and worldview of children and, yes, our society as a whole?

Following such terrible events, media outlets concentrate on them for some time before other events come to the media’s attention and nothing changes.

For example, after the Los Vegas massacre and some initial shock and debates about what can be done, the media became busy with some important political issues and high-level sex scandals, so the subject of mass killings of peaceful American citizens was out of the headlines.

Initially, as a result of the public outcry, a “big” solution was discussed: outlawing a device which turns semiautomatic weapons into machine-guns.

What can practically be done?

The ultimate solution is to have the country free of privately-owned guns. But what about the Second amendment? An amendment to the constitution can be changed by the will of the people, but by now too many people have guns and it’s not practical to try to remove them. In addition, the NRA will block any attempt to do so with its lobbying power.

Another argument of the NRA is that if arms would be made illegal people will still be killed with illegal arms, so arms should be kept legal. Isn’t it a “big relief” for a potential victim to know that that he or she is being killed by legal arms rather than illegal ones?

• Isn’t it prudent and necessary to start an honest nationwide discussion about wrongly considering propaganda of violence, racism, Nazism and anti-Semitism as free speech protected by our democracy?

If those who are involved and promote such propaganda do not themselves kill, they influence others to do so. The unfortunate ones who are killed as a result of such propaganda have no comfort from the assertion that they are killed in the name of “promoting of the democratic process.”

• Isn’t it time to analyze our interpretation of democracy itself, which in order not to interfere with “human rights,” enabled the 9-11 terrorists to take flying lessons in the U.S. (with no questions asked or not enough questions asked) and made possible the recent terrorist act in NY? Isn’t it time to stop criticizing the president for his tough stance on the subject?

• It would be nice if American religious leaders added their strong united voices to solve the problem.

But these are the larger points. Regarding the spread of guns specifically, what can be done? Since the answer must come from experts, the following points are written as questions rather than suggestions:

•  Can an office staffed by volunteers (clergy, social workers, law experts, medical professionals, etc.) be established in each city and town with the goal of consulting and assisting individuals having personal crises, family issues, suicidal thoughts, anti-social feelings and so on?

Such an office could help people find a way to deal with their problems. Those who see the use of firearms as an adventure and a way to become famous would be educated on the wrongness of such an attitude, and would receive advice regarding professions requiring risks and courage.

The services of such an office would be widely and constantly advertised on every type of media outlet.

• Can the entrance to every public place be equipped with a metal detector and have a security guard?

• Can a law be enacted requiring that, to purchase a gun, an individual must provide two guarantors of his or her suitability to be a gun owner?

• Would curbing the graphic propaganda of violence in movies, on TV shows, and in video games, and the strong promotion of non-violence, have a positive effect on public safety?

Jewish media outlets must also be involved in the discussion and search for the solution to this terrible problem that endangers the life and safety of innocent people and especially kids, whether they are Jewish or not Jewish.

If all of the above is naïve and unrealistic, perhaps the readers can come up with some other suggestions in the comments. It is inconceivable that our great country cannot find a solution to protect its citizens.

Are We Powerless To Stop Gun Violence?