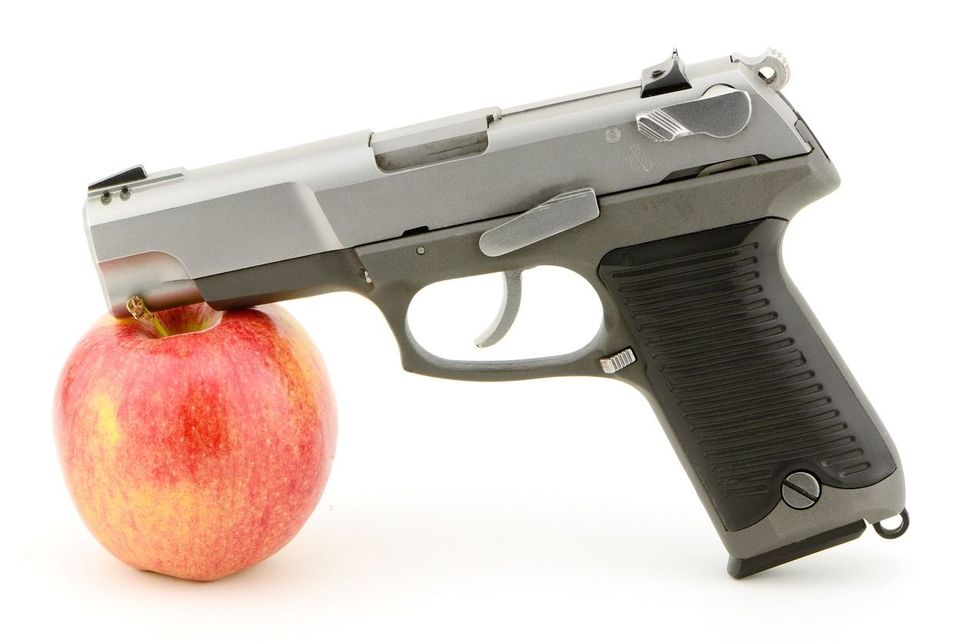 I’ve been a School Psychologist for the past 20 years. In the wake of the school shootings in Florida, I am brought right back to December 7, 2017, the day of the deadly mass shooting at the high school I currently serve. In the aftermath, I helped to counsel students through the trauma caused by direct exposure to a murderous terrorist act — including nightmares, uncontrollable and unpredictable floods of tears, senseless “what if” questions, anxious obsessing and survivors’ guilt.

I also have a unique perspective on the school shooting problem, having been both a mental health professional and a licensed concealed firearm carrier for the past 24 years.

In addition to zero bullying tolerance, empathy building, and lockdown drills in our schools, we must bolster our self-defense. Specifically, law-abiding, psychologically stable, specially trained staff should carry concealed weapons.

This would reduce our students’ trauma and has the potential to stop terror immediately — or deter it from occurring in the first place.

A Centers for Disease Control study commissioned by President Obama, “Priorities for Research to Reduce the Threat of Firearm-Related Violence,” supports this idea. The report concludes that “self-defense can be an important crime deterrent”:

“Studies that directly assessed the effect of actual defensive uses of guns (i.e., incidents in which a gun was ‘used’ by the crime victim in the sense of attacking or threatening an offender) have found consistently lower injury rates among gun-using crime victims compared with victims who used other self-protective strategies.”

A 1985 survey by the Justice department, “Armed Criminal in America — A Survey of Incarcerated Felons,” found that 54 percent of respondents agreed or strongly agreed with the statement, “A criminal is not going to mess around with a victim he knows is armed with a gun, and 74 percent also agreed that “One reason burglars avoid houses when people are at home is that they fear being shot.” The study also reported that a third of the felons said they personally had been “scared off, shot at, wounded or captured by an armed victim” and two-thirds said that they knew at least one other criminal who had been as well.

It follows that the majority of would-be school shooters would be deterred from attacking a school if they knew that they would likely be confronted by armed staff prior to accomplishing their evil deed.

Arming teachers is also likely to reduce trauma for our students.

In my experience counseling sessions after our school shooting, I found that feeling totally defenseless increased the severity of the trauma for children and staff. On the other hand, if both children and staff knew the school had means to thwart the killer, this knowledge would serve to reduce their fear of a potential traumatic assault. Many at my school needlessly experienced severe emotional trauma because they were helpless to stop the violence. Helplessness in the face of violence is an emotion that amplifies the effects of trauma, and likely contributes to Post Traumatic Stress Disorder. I’m convinced that if highly-trained school staff were armed, and the children were aware of it, the emotional stress during any school shooting would be reduced significantly. More importantly, school shootings may not even occur, and lost lives might still be with us today.

Perhaps the greatest argument against highly-trained armed school staff is that this would result in more deaths to students through the accidental discharge of a firearm. This appears a reasonable concern, but in reality is greatly exaggerated. For example, In 2007, there were 220 unintentional firearm deaths of children under age 13. Over 12 times as many children died from drowning during the same period. Because these accidental gun death statistics include deaths caused by drunks, drug users, children, criminals and novice gun users, in all likelihood, accidents from guns occur a lot less frequently in the hands of highly trained and responsible personnel. And we can never fully count the bodies saved from deterrence and successful use of a gun for self-defense.

The topic of having guns on school grounds provokes strong visceral reactions, but relying on reason and logic is the better way to save children’s lives. Guns, which have no intrinsic motivation of their own, stir phobic responses and are assigned evil attributes. However, we need to stop our children from being slaughtered in a place they should feel safe and welcomed. The next school shooting is imminent if we continue as is. I propose that schools continue to fine-tune proactive measures like anti-bullying and empathy skill development, and defensive procedures that are proven effective (like lockdown drills, but also consider a more active defense measure — carefully screened and highly trained school staff willing to take on the enormous responsibility of being competent and armed in a safe fashion on school grounds. My own experience as a School Psychologist and my understanding of the research indicates that this would reduce emotional trauma as well as reduce the amount of school shootings, saving and improving the lives of our most valuable resource — our children.

Michael W. Goldberg is a School Psychologist. He earned his Masters in Psychology at SUNY New Paltz, and was born in Brooklyn in 1963, where he was raised by his Orthodox Jewish grandparents.