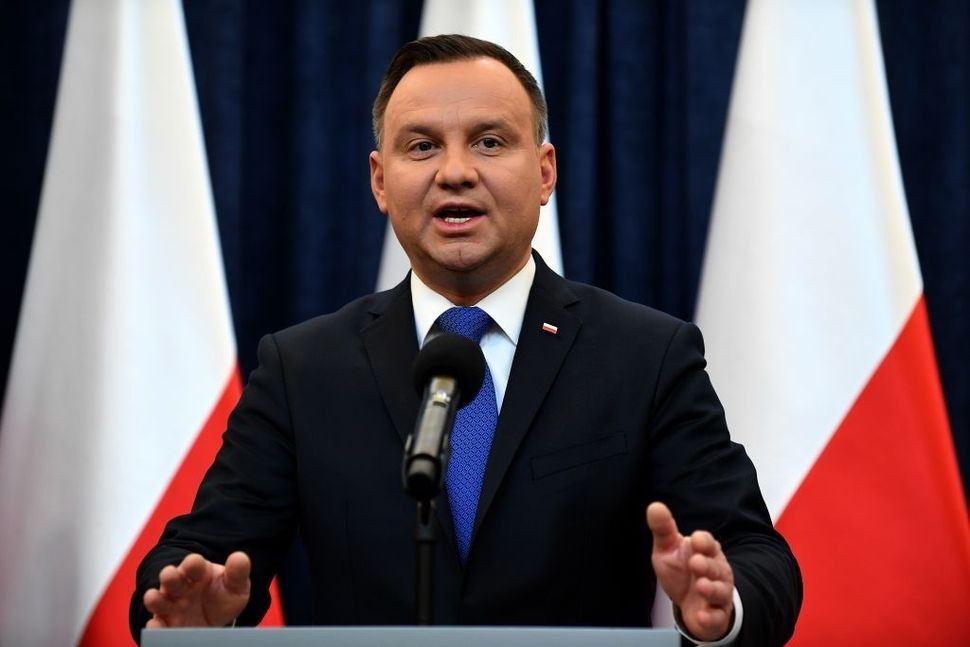 Poland’s President Andrzej Duda gives a press conference on February 6, 2018 in Warsaw to announces that he will sign into law a controversial Holocaust bill which has sparked tensions with Israel, the US and Ukraine. Image by Getty Images 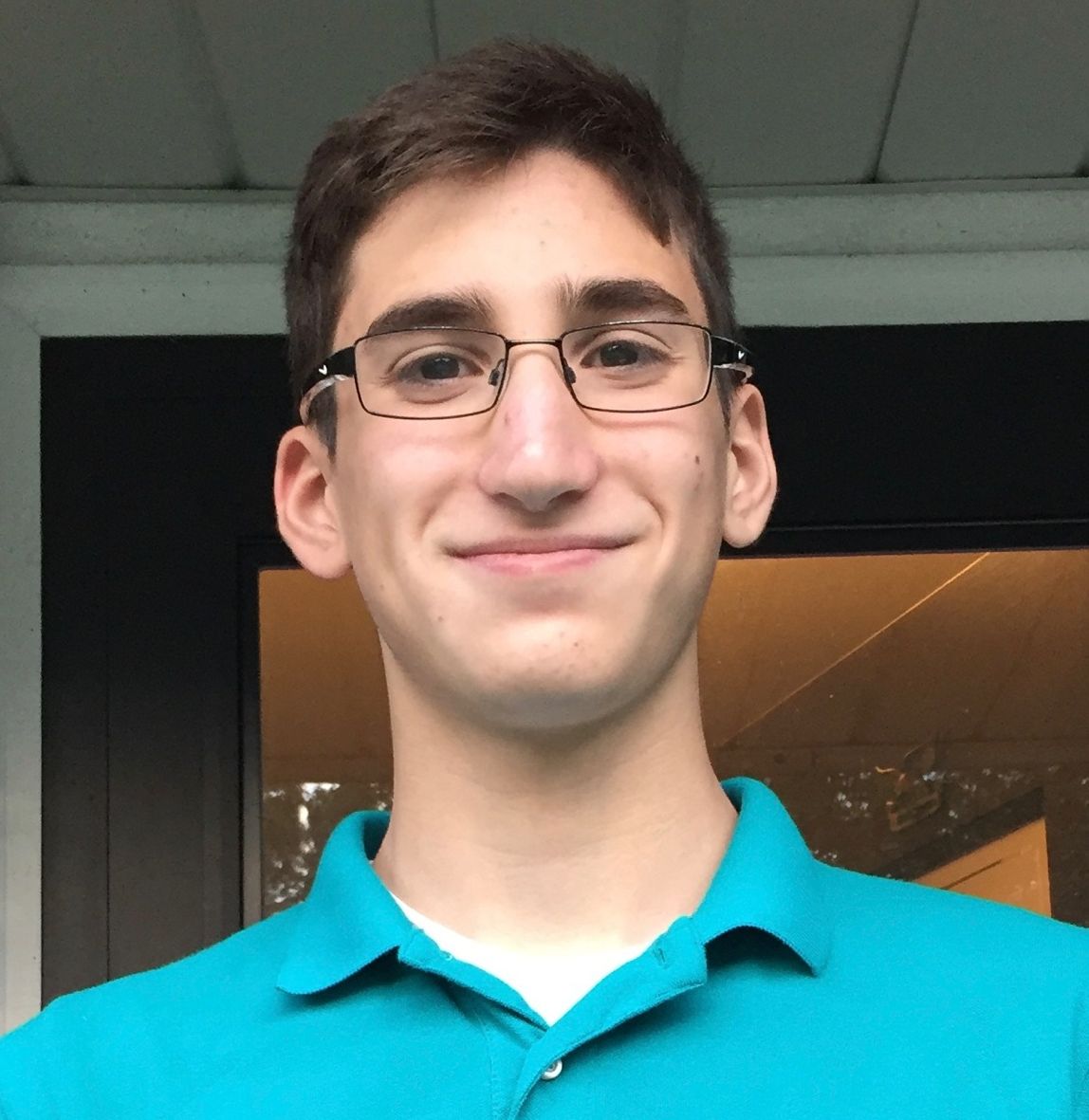 As human beings, we have a responsibility to narrate the past as it was; not as we’d like it to be and certainly not as we believe it should’ve been. It is true that sometimes the past is complicated, sometimes it doesn’t show someone in the most favorable light, and sometimes it is simply ugly, but it is history nonetheless.

Polish President Andrzej Duda recently signed a controversial Holocaust bill into law that would make it illegal to implicate Poland in complicity of the crimes committed by Nazi Germany during the Holocaust. The purpose of this article, one written from the perspective of an American, a Jew, a Philanthropist, and a teen, is not to contest the legitimacy of Poland’s claim; it is in fact true that Poland offered significant resistance to German occupation throughout the war. Rather, I am are here to talk about the danger of silencing information and opinions, regardless of their merit, because it is then when we allow history, ourselves, and our future to be corrupted.

As Americans, we are taught the First Amendment from a very young age, which, among other things, famously protects freedom of speech. The importance of this clause cannot be overstated. Under the First Amendment, Americans are free to openly challenge their government and other views through civil discourse and conversation. Gone are the days when speaking out against a higher authority would carry fear of punishment. This liberty has enabled a stronger people and the government they keep in check, while also ensuring any disagreements are heard and resolved. This includes disagreements about inaccuracies in maintaining a true historical narrative. This is one of the reasons why I find the latest development in Polish legislature to be so worrisome. As an American, I am not as concerned with what the bill prohibits people from talking about so much as the fact that it prohibits speech in the first place. The moment we allow ourselves to stop talking and debating about what might have been, the closer we come to allowing ourselves to accept a false narrative, the implications of which are dangerous and frightening.

As Jews, we are often taught about the importance of remembering the Holocaust. As many Jewish parents have said (in some phrasing or another): it is when we forget our past that we allow it to be repeated. An important part of remembering the past is discussing it, and at times, bringing to light unpleasant information. Whether or not Poland is guilty in collaborating with Nazi Germany is irrelevant in this regard; in forcing their people to remain silent with any and all unfavorable accusations against the Polish government, they are allowing themselves to forget pieces of the past. This forgetfulness is perhaps the reason why Poland is so willing to silence the voices of its citizens, much like the Nazis before them. To deny the ability to speak openly about Polish involvement is also to deny Holocaust survivors and their families the right to talk about their experiences and subsequently the pain they suffered, should they not be favorable to the Polish government. To do so is utterly cruel and unfair. It is imperative that we ensure all the stories of our survivors are heard and recorded, regardless of the kind of story they tell. It is our duty as a collective Jewish people to ensure that we recognize the suffering endured by our predecessors that has so profoundly molded us into the formidable and unrelenting force of good Judaism represents in the world today.

As philanthropists, we are responsible for getting all of the facts in order to most effectively allocate resources where we can make the biggest impact in accordance with our values, Jewish or not. This doesn’t always mean providing food for the needy or shelter for the homeless; sometimes, it’s about educating the world. If nothing else, the Polish president’s actions have made clear that education and the sharing of knowledge and healthy discourse, especially with regards to the Holocaust, are not high priorities. This, of course, is a grave mistake. More and more we are starting to see the effects of ignorance as a result of a lack of this discourse, notably in the very large anti-Semitic movements of late in France. These events make clear to me that as philanthropists, it is our duty to encourage this education and the sharing of knowledge, with respect to the Holocaust and beyond. It is our job as Jewish philanthropists to fight the growing resistance to free speech and open discussion in Poland and the world. Only then can we come together to effectively dictate our past to chart a path for the future.

As teens, we represent the future of the human race. As such, it is important for teens as a whole, American, Jewish, philanthropic or not, to be aware of their past, and to openly discuss their history. Sometimes this may involve challenging previously held historical facts and dialogues, it may mean accusing a government of injustice or corruption, or it may be standing against discrimination. Whatever the case, we as teens need to bring about the change and guide the future. To hear that the Polish president has attempted to outlaw speaking out against Poland’s complicity in crimes committed by Nazi Germany is a warning sign for teens everywhere. We must not let our voice be snuffed out if we are to be the change that this world needs. It is our responsibility to have our voices heard and to stand against the infringement upon free speech, wherever it is and in whatever form it takes. The truth will not always present itself, and it is our responsibility to find it, regardless of any person or government that stands in the way.

It doesn’t matter who you are, where you’re from, or what religion you practice, the latest actions of Polish president Andrzej Duda should concern you. Taking away freedom of speech is never okay, and when it concerns such a sensitive topic as the Holocaust, one can only wonder how we let ourselves come this far. It is disrespectful to deny those the right to reveal their truths simply for the implications they may have on the past, and it is certainly dangerous to try to prevent open discussion of such world-changing history that could greatly steer future politics. We must learn from our past, debate it and discuss it, use it to grow and inspire change, and take from it the values and lessons that will make us better human beings.”

Joshua Drossman is a senior at Lawrence High School in New Jersey. He participates in the Jewish Community Youth Foundation in Princeton, NJ, as well as the peer leadership program Gesher LeKesher. Joshua is also a member of the Jewish Teen Funders Network Youth Ambassador program. The Jewish Teen Funders Network is the central resource for Jewish teen philanthropy, and strives to create generations of engaged, empowered, and experienced Jewish changemakers and givers.