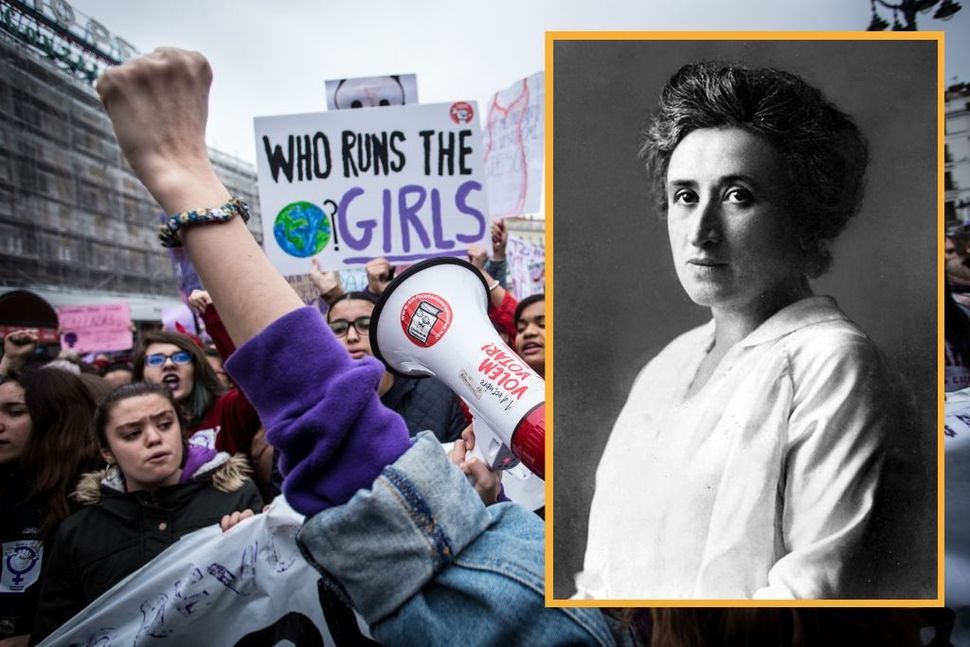 Do the names Clara Zetkin and Rosa Luxemburg ring a bell? If they don’t, you’re not alone. If these women DO sound familiar, chances are you are from a former Communist block country and grew up celebrating International Women’s Day!

Clara Zetkin (a German) and Rosa Luxemberg (a Polish Jew) were besties and crucial figures in the far left socialist movement during the early 20th century. They fought for and helped establish International Women’s Day as a holiday at the 2nd International Conference of Working Women in 1910. Despite this momental achievement, their reputations were tarred with controversy due to their suspiciously close relationships with Lenin, rumors of running prostitution rings during WW1 to lower the morale of French soldiers, and eventually an exile to a Siberian concentration camp (Zetkin).

In 1975, the United Nations officially declared March 8th to be International Women’s Day, stating “International Women’s Day is a time to reflect on progress made, to call for change and to celebrate acts of courage and determination by ordinary women who have played an extraordinary role in the history of their countries and communities.”

Having been born in the former Soviet Union myself, March 8th was as important in my home as New Year’s Eve. My father would always bring flowers home and my mother always appeared to have an extra skip in the step on that day. I found it extremely fascinating that most of my non Russian friends have never even heard of such an awesome day; until recently that is.

Thanks to the recent Women’s Movement there is a new call to action for female equality and empowerment. And in this urgent need lies the most fundamental variable of all- education.

With all of the rather odd nuances of the USSR and Russian culture, one of the strangest things (albeit positive) was it was almost a given that most women, specifically Jewish women, would go into some STEM related fields such as medicine or engineering. Young girls and boys were equally pushed in STEM classes at school; it would be almost unfathomable, if not even embarrassing, for a Russian man to state his daughter received less than perfect results on a calculus test.

I personally received a Bachelor’s Degree in Neuroscience with a minor in Statistics and worked in structured finance for over a decade before becoming a stay at home mother. My ex husband (also from a former communist country and an aerospace engineer) taught our then 2 year old daughter that the helicopter she was playing with was not only green, but a Chinook.

My daughter, now in 2nd grade, still has STEM related toys dominating her playroom. It’s not nearly as difficult to find something interesting as it was when she was a toddler as nearly every toy brand from Mattel to Hasbro to LEGO seems to be jumping on the STEM Girl bandwagon.

My precocious mini-me recently participated in a robotics class at school and came angrily storming out of the first session proclaiming she was quitting as she was the only girl in the class. I shrugged my shoulders and calmly said “too bad, you’re not quitting.”

She instead recruited her bestie to join her, making her mama very proud.