The World’s Most Powerful Jewish Women 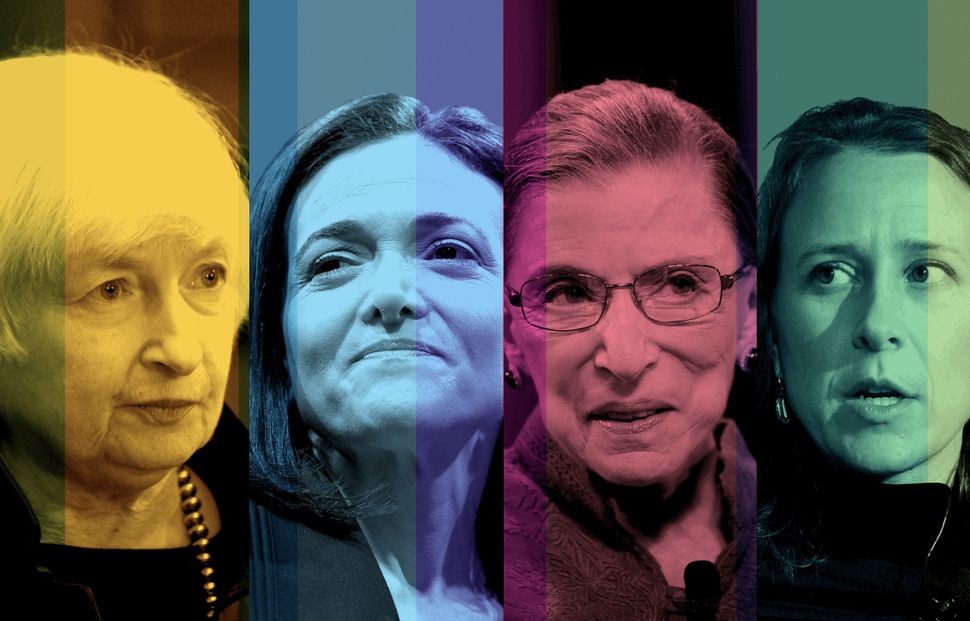 This month, Forbes released their annual list of The World’s Most Powerful Women — “the smartest and toughest female business leaders, entrepreneurs, investors, scientists, philanthropists and CEOs making their mark in the world today.”

Out of the 100 women selected, twelve are members of the tribe. 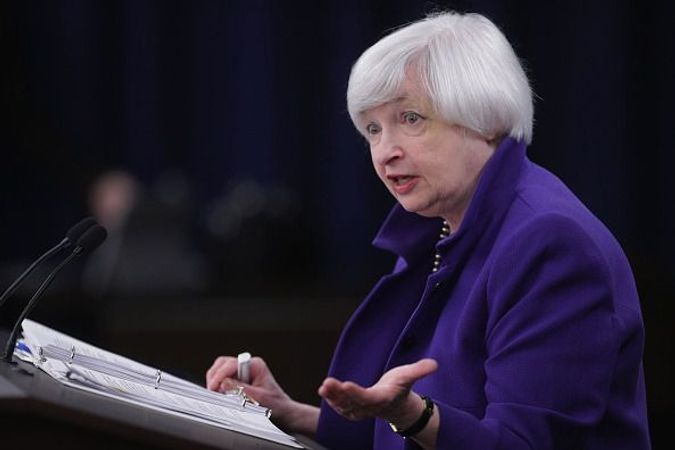 Dr. Janet Yellen is the current Chairwoman of the United States Federal Reserve. She was born in Brooklyn and holds degrees in economics from both Brown and Yale. She cares deeply about poverty and unemployment, noting, “These are not just statistics to me…The toll is simply terrible on the mental and physical health of [jobless] workers, on their marriages, and on their children.” 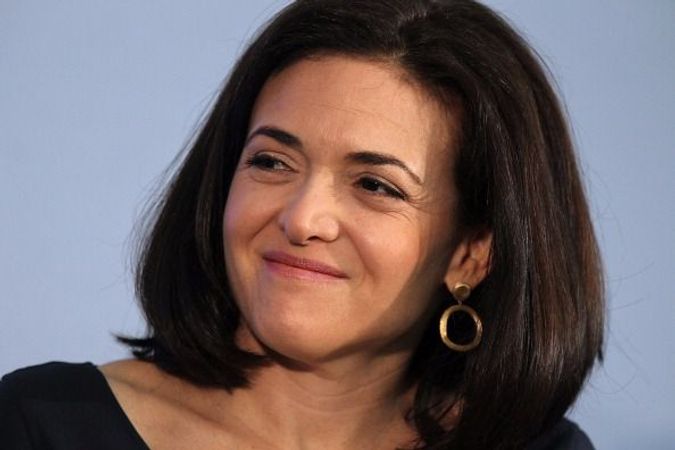 Sheryl Sandberg is the COO of Facebook and author of Lean In. As a young girl, she was a passionate advocate for Soviet Jewry, marching in rallies and helping with letter writing campaigns. The week before her bat mitzvah, Sheryl wrote to tell a Soviet female pen pal of her age that “When I am called to the torah, the rabbi will call [your name] too. When I am saying the blessing, it will be as if [you] were actually here, as if [you] were saying it too.” 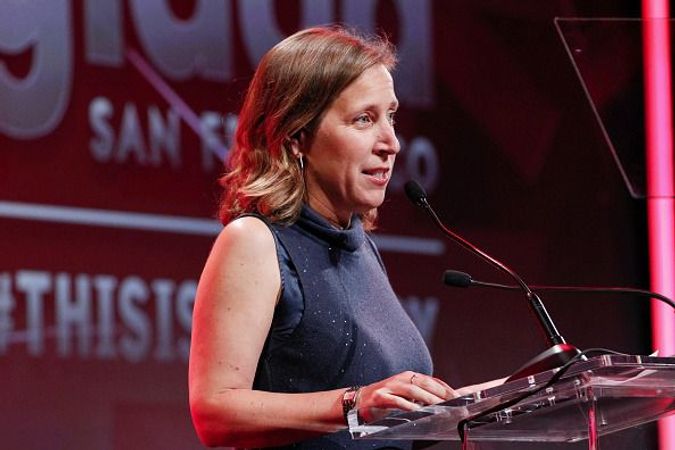 Susan Wojcicki is the CEO of YouTube. She grew up on the campus of Stanford University, as her father was chairman of the physics department. While in high school, Susan wrote for the school newspaper. Her mother, the daughter of Jewish-Russian immigrants, has said of raising her three impressively successful daughters that “I always felt that if they could learn to write well, it would help them think clearly—which would help them in any profession they chose.” 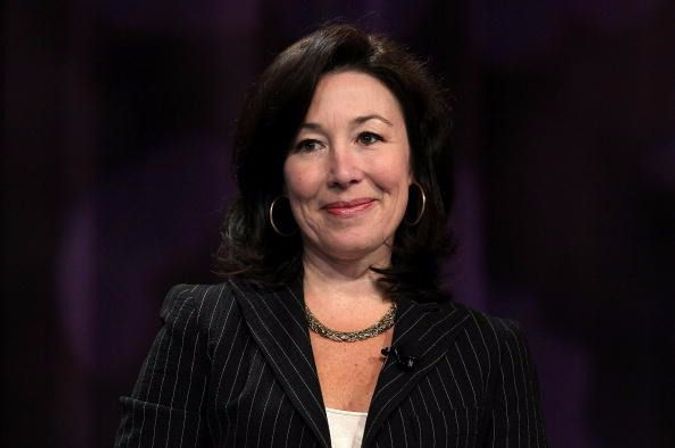 Israeli-born Safra Catz is the co-CEO of Oracle. Though she rarely gives interviews, she has publicly marveled at the Start Up Nation:

“Israel is like an under-fire experiment…Israel doesn’t follow behind the rest of the world, and it’s well known Israelis don’t follow anyone – even when they’re asked. But at times it’s refreshing and exciting. Across the world we see a momentum for investments in Israel, whether from China or India. Problems are amassing across the world, and the genius of startups in problem solving is amazing. It’s touching.” 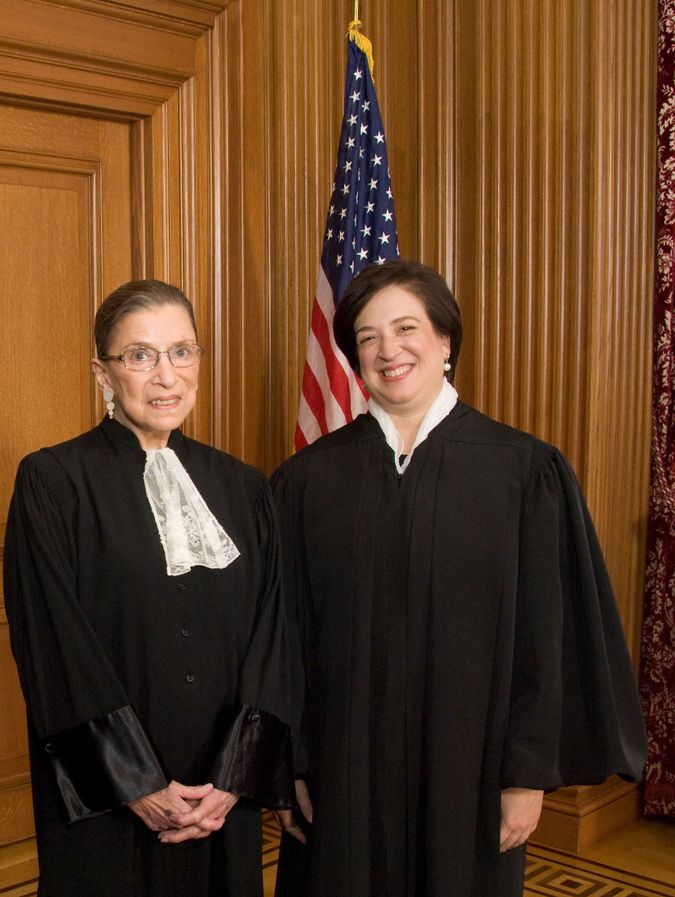 The Honorable Ruth Bader Ginsburg and the Honorable Elana Kagan are Associate Justices of the Supreme Court of the United States. Their appointments were historic both individually and jointly: Bader Ginsburg was the second woman appointed to the Court and the first Jewish justice since the 1969 retirement of Justice Abe Fortas. Elana Kagan is the fourth female justice in the Court’s history and the eighth Jewish justice. With Kagan’s appointment in 2010, for the first time in history, The Supreme Court has three female justices.

We asked Justice Ginsburg, “what’s the best piece of advice you’ve ever received?”

She told the Forward:

“My mother-in-law’s on my wedding day, the secret of a happy marriage: ‘It helps, sometimes, to be a little deaf.’ I have applied that advice, not only at home, but on the job, including my current employment at the Supreme Court. When an unkind or irritating word is spoken, tune out! Don’t react in anger or in kind.” 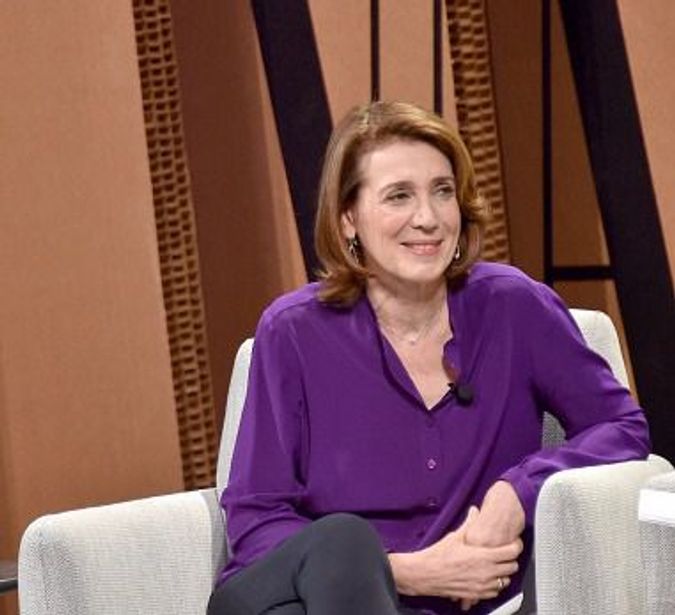 Ruth Porat is the current CFO of Alphabet (of which Google is a subsidiary). Her mother was born en route to British Mandate Palestine, and her father fought in the Israeli War of Independence. Porat is a breast cancer survivor and mother of three, and has been married for over three decades. In honor of her father’s 91st birthday, she established the Dan Porat Postdoctoral Fellowship at the Kavli Institute for Particle Astrophysics and Cosmology (KIPAC) at Stanford. 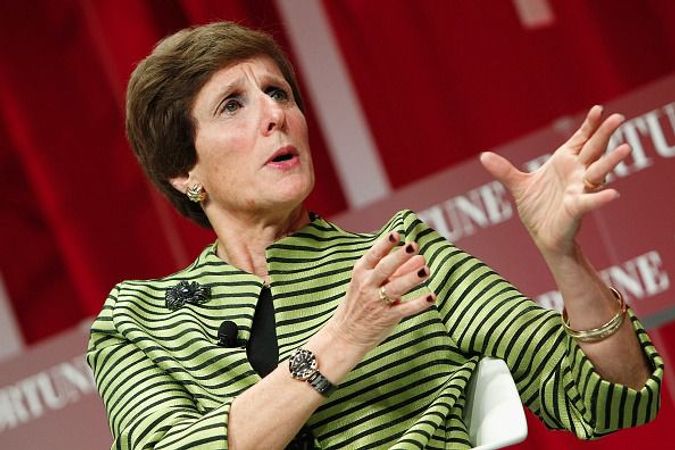 Irene Rosenfeld is the Chairwoman and CEO of Mondelēz International. She has been in the food industry for over two decades, previously serving as the CEO and Chairwoman of Kraft Foods and CEO of Frito-Lay. Rosenfeld has said that three Jewish precepts, in particular, inform her professional philosophy: They include the ethos of living a clean life; the imperative to follow the Golden Rule; and the Jewish obligation to practice Tikkun Olam, Hebrew for “repairing the world.” 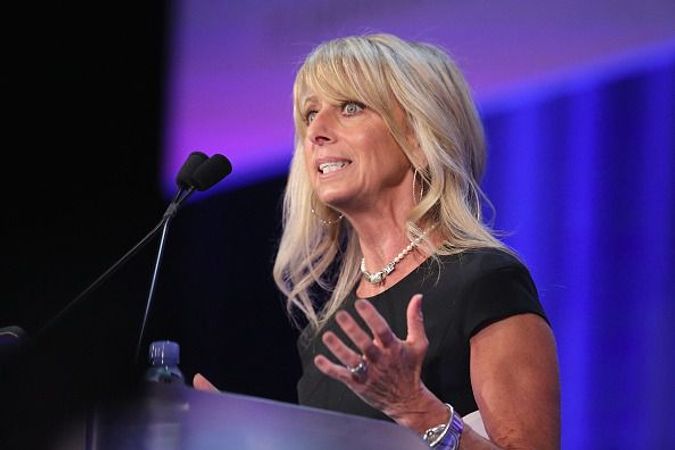 Bonnie Hammer is the Chairwoman of NBCUniversal Cable. Her father, a Russian immigrant, started his own pen company. Hammer originally wanted to be a photojournalist — she later served as a producer of This Old House on PBS and created award-winning documentaries for Lifetime Television Network. Hammer launched Characters Unite on the USA Network, a campaign against prejudice and hate, citing her own experience of anti-Semitism on a college trip to Kansas: “They had never seen a Jew before … and literally someone said they thought Jews had horns.” 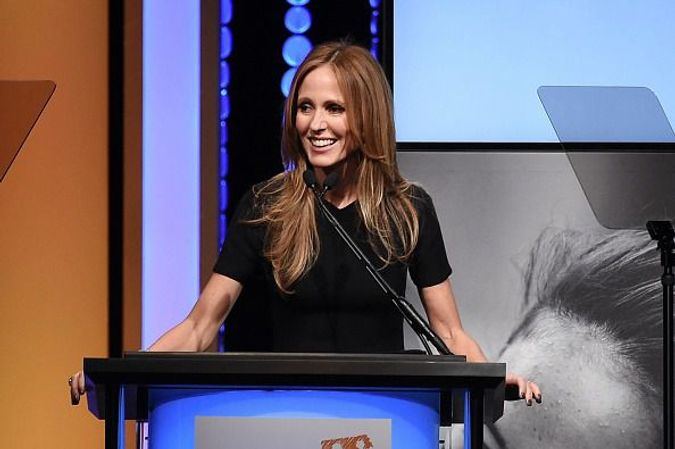 Dana Walden serves as co-chair and CEO of Fox Broadcasting Company. She is active in philanthropic work, serving on the board of the Los Angeles Zoo and was given the National Champion for Children Award last year by The Alliance for Children’s Rights. She is married to former Arista Records executive Matt Walden and has two daughters. 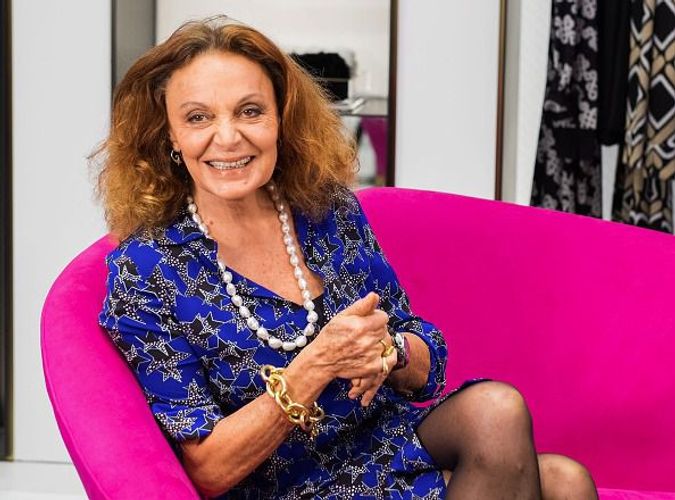 Diane von Fürstenburg is the chairwoman of DVF, her fashion company. She is famous for her flattering wrap dresses, which were an instant hit in the 1970s and remain popular today. In 2014, von Fürstenburg “pledged $12 million to restore the Venice Jewish ghetto, to salvage its crumbling heritage and turn it into a rich Jewish cultural center in time for its 500th anniversary in 2016.” In her book The Woman I Wanted to Be, von Fürstenburg explains that Doctor Mengele, a German physician at Auschwitz known as The Angel of Death, ironically saved her mother from the gas chambers. 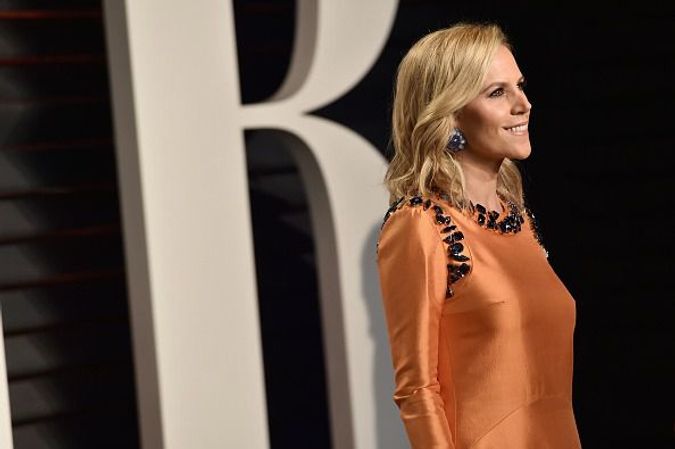 Tory Burch is the Chairwoman, CEO and Designer at Tory Burch LLC. Though she grew up celebrating Christmas and Easter, she is Jewish on her mother’s side and very much embraces her heritage, emphasizing that her children “know they’re half Jewish and half Catholic.” To the snooty charge that her clothes exude Waspiness, Burch retorts, “I don’t look at clothes as a religion. Look at Diane von Furstenberg. I don’t think people look at her clothes and think ‘Jewish.’ I don’t design clothes to look Waspy.”

The World’s Most Powerful Jewish Women