My Fellow Non-Jewish Women: Stop Blaming The Jews For Your Failed Relationships 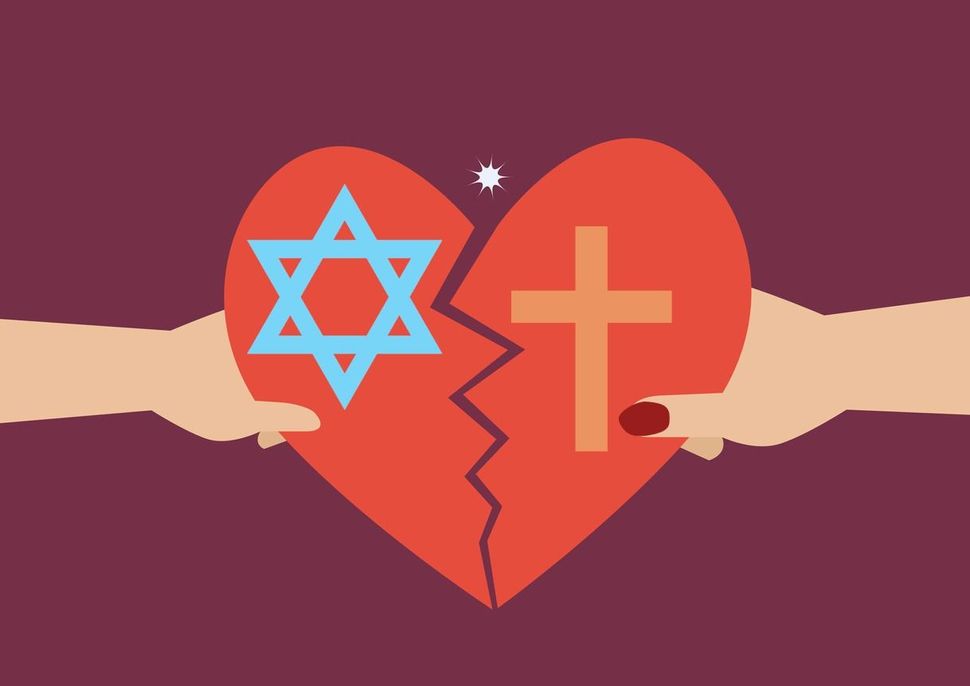 I read Carey Purcell’s personal essay, I am tired of being a Jewish man’s rebellion, and felt complete and utter sympathy for the pain Purcell suffered because of her two failed relationships. But even though I’ve been in a very similar situation before, that’s where my sympathy for her thesis ends.

Like Purcell, I am also a Christian girl who has had my heart broken by a Jewish boy. Honestly, broken even seems trite — my heart was smashed, crushed and obliterated. It was the type of heartbreak that makes you lose 15 pounds, end every conversation in tears and feel with conviction that you are ultimately, completely and utterly unlovable.

And yes, the reason we broke up was because I am not Jewish. Or rather, if I remember his words correctly, because I would never be “accepted by the community.” And yes, his parents put great pressure on him and even threatened to cut him off financially if we stayed together. And yes, his parents were so ashamed of their son dating a Christian girl that I was kept a secret from anyone in their extended family. And yes, this would continue to be true even if I were to convert to Judaism — a question which I desperately asked, a non-solution I naively offered.

It is really, truly hurtful to be broken up with for a quality that is not within your control. (Not to mention have your significant other’s parents hate you.) But my situation, and likely Purcell’s, was not caused by “Jewish Men”: it was caused by a particular Jewish man. My breakup was caused by my ex-boyfriend’s immaturity, the unhealthy behaviors he employed and his emotionally manipulative family. I may have been the victim of a rough breakup, but by no means was I a victim of some greater Jewish gentile-fetishizing conspiracy.

Indeed, a few things Purcell wrote disproved her own argument. She mentioned, correctly, that Jews intermarry at higher rates than any other religion. She also mentioned that the breakups in question did not end because she wasn’t Jewish: “there were other problems — money, careers and plans for the future.” So then why blame the Jews?

Purcell’s article paves way for ugly ideology that has been employed throughout history: one that uses White Women as victims of Jewish Men, Black Men, Catholic Men, Muslim Men, and even Trans Women in a bathroom in order to justify White Men’s moral superiority to this “other.” This ideology has often been used to justify violence and oppression against these groups. A few months ago, Neo-Nazis and White Supremacists were even painting the now Jewish Ivanka Trump as the victim of brainwashing and vile moral corruption by her husband Jared Kushner, a Jewish man. I doubt her Purcell intended to fuel foundational principles of White Supremacy, but as my own very non-Jewish parents instructed me from a young age, our actions have consequences no matter our intent.

As a White Woman myself, I refuse to be a prop in that filth. And I’m disappointed that Purcell fell so easily into the trap, lured by an opportunity to tell a non-story about her past relationships. If she had learned anything from those breakups, where we so often feel abandoned to fend for ourselves, she would not have treated Jewish people to that same exact punishment — as our world often seems apt to do.

My experiences further diverge from those of Purcell in one other key way: I’m currently in a relationship with a Jewish man. Of course, I was nervous — the way anyone who has been hurt is when they let themselves be vulnerable once again. When we started seeing each other, I was honest with him about my previous interfaith relationship, my fears about entering a new one and the fact that I would not ever convert for someone else. He listened and validated my experiences and thoughts while being honest about his own. He is mature, respectful, communicative and probably the kindest person I know. Had I let my experiences with my ex-boyfriend color my view of all Jewish Men, I would have never known this incredible love. On Sunday, when he kindly joined me for Easter service, I saw the other couples worshipping together and felt no different. When we attend his extended family’s belated Passover Seder this weekend, we will celebrate the holiday just as so many other couples have the past few days. We will recommit ourselves to our shared values of aiding the oppressed and giving respect to those who paved the way for us. And if we’re really being truthful, we will both likely eat too much.

I hope Purcell can someday find a love like that. I hope she has a close friend who is gracious enough to do the emotional labor of teaching her to be more open-minded. And I hope she learns to open her heart to love, wherever it may be.

P.S. Ms. Purcell — everyone cleans. It’s called being an adult.

My Fellow Non-Jewish Women: Stop Blaming The Jews For Your Failed Relationships