How Dare Jewish Men Keep Breaking Up With Me 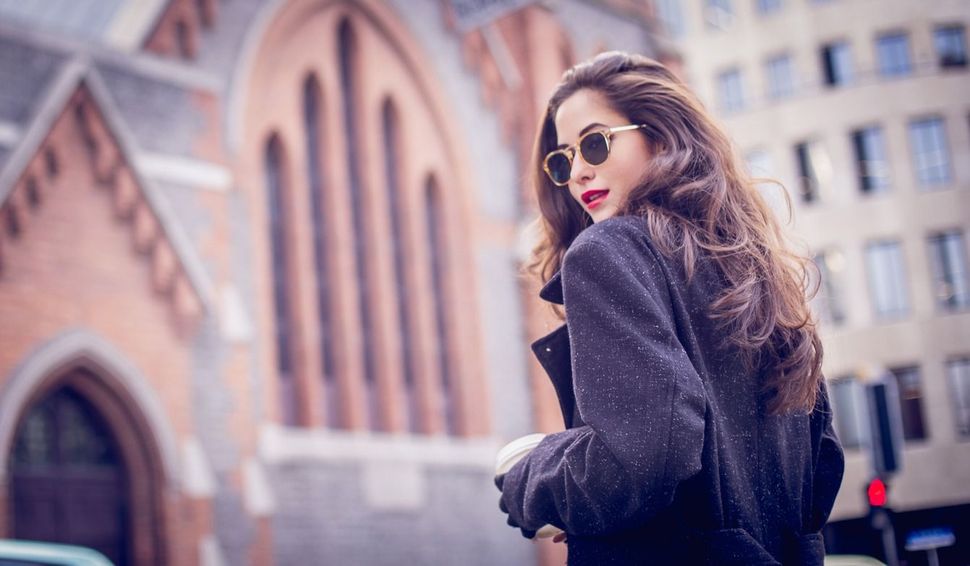 Editor’s note: The following is a satirical response to a March 29 Washington Post op-ed entitled, “I am tired of being a Jewish man’s rebellion.”

Hi there, readers! It’s me, a woman who will now cutesily compare myself to Carrie Bradshaw, as if I am simply a spunky newsgal, and not at all someone about to publish something astonishingly bigoted in a national newspaper. My editors did me no favors by choosing to publish this, but I’m going to go ahead and blithely hang myself out to dry anyhow! This is fun. I’m fun.

Anyway, I’m here to talk about why my two latest breakups are actually the Jews’ fault.

You see, I tried to date a Jew. Two Jews, actually — consecutively, possibly — but since I don’t name or differentiate them in any way, I’m just gonna call them, collectively, “Mr. Jew.” (Very Sex and the City, right? I’m fun.) Anyway, I cover theater in New York, and you can’t throw a stone without hitting a Jew or two around here. Not that I want to throw stones at Jews at all. Well, maybe a little, but it’s subconscious.

Anyway, so I dated these Jews. They were terrible at being Jewish — the phrase “lackadaisical Jews” is actually one I felt the need to write and publish, again, in a national newspaper — and I was actually better at being Jewish than they were, even though, as I will shortly take pains to outline, I am not Jewish. I sometimes had to remind them about their own holidays! Once I sent Mr. Jew Number One an advertisement I got for “Sincere Jewish Singles In Your Area.” You know, just in case he ever forgot he was Jewish and dating a non-Jew! Cute.

Let me tell you a little more about me. I’m a WASP, and I’m blonde — not like those Jewish girls, with big frizzy manes which are brown and coarse, like goat hair — and I clean to de-stress. Jewish girls live in their own filth, I hear! I wear pearls. (If a Jewish girl wears pearls, I hear she gets welts on her fat neck. Gross!) I make a mean martini, heavy on the alcohol! I need it, to soothe the pain of Jews breaking up with me. (ME! I AM BLONDE!) Manners are very important to me, which is why I’m writing a piece blaming my ex-boyfriends’ religion for our breakup in a national newspaper. This is a polite thing to do.

Something I’m going to do now is use the phrase “overbearing Jewish mother,” one that is totally cool for me to use and doesn’t at all evoke a decades-long tradition of Jewish women caricatured as screaming harpies. One of Mr. Jew’s mothers kept calling me to find out where he was, and I was super uncomfortable, hearing her shrill, yammering, overemotional voice howling at me over my bespangled iPhone. And that bitch didn’t even invite me to the Seder!

Jews intermarry a lot, which is why I thought I had a chance at locking down at least one of these secretly repulsive Semites. They even helped me hang up my Christmas trees, and even though I was sad they couldn’t join me in church, I accept no blame for the strain of an interfaith relationship whatsoever. One thing I learned, as a WASP, is that blaming Jews is always a surefire solution. I’m going to cite a bunch of statistics about the prevalence of Jewish intermarriage here, which definitely undermine my point about Judaism being the prime obstacle to successfully marrying one of those hook-nosed hunks, but which give this whole dubious enterprise a patina of journalistic legitimacy. Otherwise, making a gross generalization about an entire religious community would be indefensible, given my sample size of two boyfriends!

I’m not going to offer a specific rationale or delineate the circumstances of either of my breakups, but my non-Jewishness did come up from time to time. So let’s go with that as the reason Mr. Jew broke up with me. That seems fair, and reasonable.

Jewish men still try to date me all the time. It’s like I have gefilte fish in my pockets and they just can’t resist a sniff. Wherever I go, I’m surrounded by Jewish men, seeking to woo me. But no more! I won’t date Jews anymore, because Jews broke my precious goyische heart, and I categorically reject them now. I will leave Jewish men for Jewish girls who will inevitably grow up to become overbearing Jewish mothers — good luck to those emasculated sons and smothered daughters, I say!

To complete this piece, I’m going to announce that I’m creating a cocktail named after myself. It has bacon in it. Get it? Because bacon is prohibited by the Torah, the Jews’ holiest text? All of this is very funny to me. I’m fun. I’m definitely a Carrie.

How Dare Jewish Men Keep Breaking Up With Me