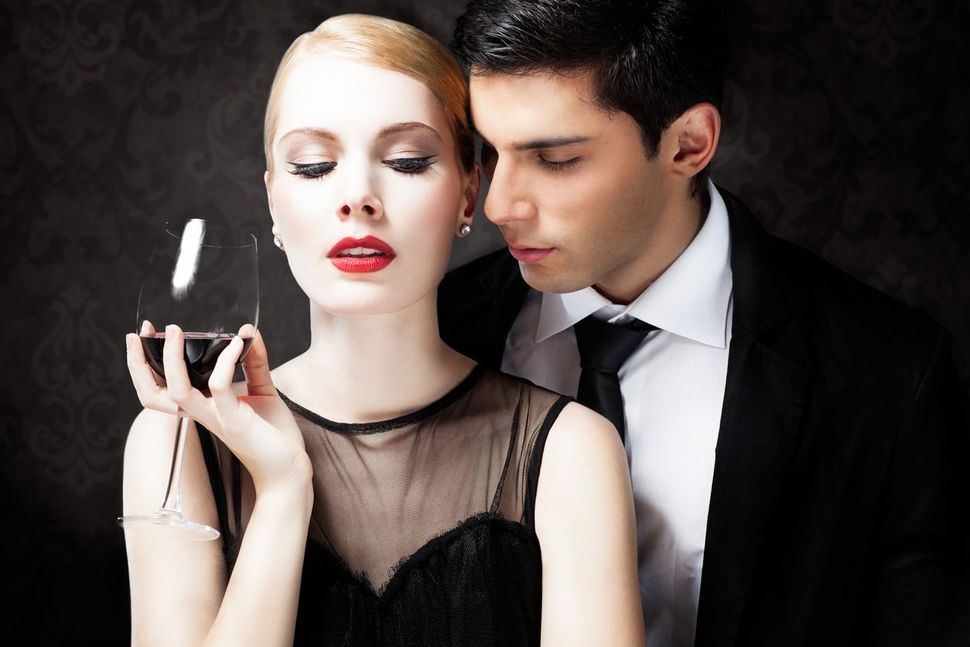 By now, you’ve probably all read that explosive Washington Post essay entitled “I am tired of being a Jewish man’s rebellion” by Carey Purcell about the terrible struggles of being a female WASP dating Jewish guys who end up breaking your heart and settling down with a good Jewish girl.

It’s tough to be a “blond”, “white, Anglo-Saxon Protestant (WASP)” who “often [wears] pearls and can mix an excellent, and very strong, martini.” We get it. Just look at Ivanka Trump, who clearly had to flee her oppressed life of gilded Christmases and cocktail parties for the greener pastures of Passover Seders in Livingston, New Jersey and Manischewitz — though that escape route doesn’t work out for everyone, evidently. We feel your pain, Carey.

But to swear off dating all Jewish men, and accuse them of some sort of malicious tribalism (or is it racism?) — just as our intermarriage rates soar, perhaps more than any other minority — in the pages of the Washington Post? We call that chutzpah. It’s a total devaluation of a community’s — and religion’s — desperate attempts to stay afloat over centuries of Diaspora living. At its worst, it reads as downright ignorant of Jewish history (maybe that insensitivity is the reason why it didn’t work out with David, and not your pearls from the Mayflower?!), and at its best, an example of a clickbait-fueled personal essay that draws dangerous conclusions based on entirely anecdotal evidence.

In response, Twitter has been aflutter with infuriated takes — some rightfully questioning the use of that anecdotal evidence (Purcell cites her experiences with two men who happened to be Jewish), while others calling the piece downright anti-Semitic.

Here are our favorites:

Sometimes, two different men, both of whom are Jewish, dump the same woman, who is not. As any decent advice columnist would say, maybe don’t read so much (that is, anything) into it

Mara Wilson, author of ‘Where Am I Now?’:

@CareyPurcell I don’t think you understand what it is to be Ashkenazi Jewish in America. It is a double-edged sword. We have the privilege of being able to pass as “white,” but we are always on guard. People see us as interlopers.

ah yes the well known and not at all degrading “why i don’t date jews anymore” coming of age story. thanks @washingtonpost https://t.co/hvdzqSuEWC

It’s definitely not super racist and pathologically narcissistic to write an op-ed in a major newspaper about how you’re done dating people of one specific religion, no sirree bob https://t.co/syEJDJJBaK

Dana Schwartz responds to Purcell’s self-description of her Christian identity being rooted in martinis and in “cleaning” when she’s stressed, and to her exclusion from a Jewish boyfriend’s family Passover seder:

As a Jew™️ I have never heard of martinis or cleaning. Instead I spend my days not inviting goys to my sedars and collecting my horde of jewish boys to marry

Adam Serwer of the Atlantic summed it up just right:

I for one, am relieved that The Israelite’s LUST for the Willowy Shiksa is finally being EXPOSED, no thanks to (((the media))) https://t.co/iZKjCbyLJM

Even Roxane Gay weighed in:

Yikes. There are so many problems here and also make sure you have friends who don’t let you publish such things! https://t.co/SxQj8wYAdJ

And perhaps the most appropriate this week of all — courtesy of Ariel Edwards-Levy, HuffPo editor and reporter, commenting on that rich headline: