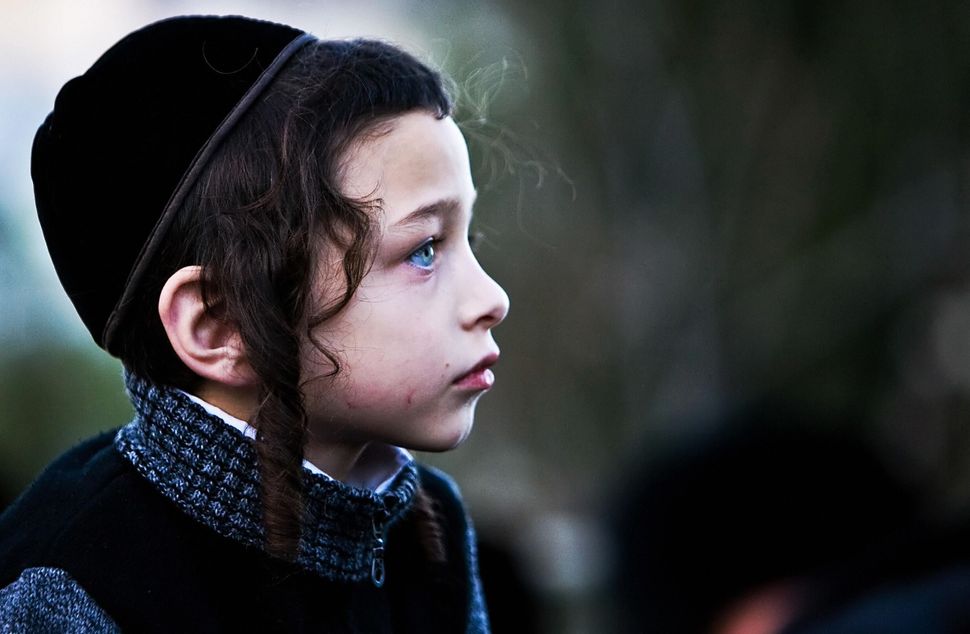 An ultra-Orthodox Jewish boy attends a religious Hasidic wedding celebration in the heart of Jerusalem on February 3, 2009. The Hasidic sect is a Jewish mystic movement founded in eastern Europe in the 18th century and is characterized by its emphasis on mysticism, prayer and ritual strictness. Image by Getty Images 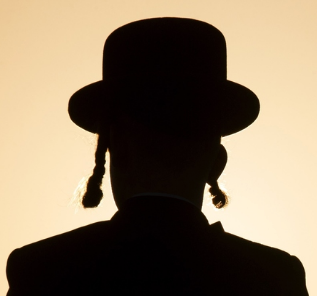 This holy Passover eve, New York politics produced the most astonishing scene imaginable. As Josh Nathan-Kazis reported in the Forward, Cuomo Called The Rebbe. The Rebbe Prayed To God. The Budget Deal Got Done.. The state senator from South Brooklyn, perhaps the most powerful elected representative of Orthodox Jewry, exercised his well-honed kingmaking authority to ensure that the next generation of Hasidic kids remain as illiterate as their predecessors. The crowd Senator Simcha Felder jockeys for is not the kids or their parents, nor the average voting schmo on the street. As those initiated into New York politics know, the Hasidic vote is largely influenced by fixers, power brokers and sometimes rabbis who determine the representative that the bloc will support, as is evident from the fact that Felder typically runs unopposed — in both the Republican and Democratic lines.

Given all of this, we can understand whose bidding Senator Felder was doing when he insisted on quashing state oversight. But the question remains: why do so many Hasidic parents put up with this nonsense?

As a father and member of the Hasidic community Felder represents, I know our neighborhood is home to many caring parents. I talk to them in synagogue while I grab a coffee, in the mikvah while I rub my toes dry, at family get togethers when we forget which side of the latest Hasidic dynasty fight we stand for — darn it, I know because I am one of them!

The silence of the parents is even more perplexing when contrasted with the loud, bombastic voices from the Hasidic community who are carrying forth Twitter wars on behalf of the status quo, lobbying state politicians, and harassing any media personality who dares to ask the basic naked-emperor questions: How do you survive without an education? Is the Talmudic wisdom we teach enough to allow paupers to create bread from the ink of ancient texts? If we’re that successful financially, why are so many of our brethren dependent on one form or another of public assistance? And considering those who claim that we are actually providing a great secular education, why on earth are they scared of oversight any more than their neighboring private school? (Could it be that they lie?)

And while these hysterical, hypocritical, and sometimes hilarious caricatures blast their cynical comments on the most powerful loudspeakers available, what they’re responding to is a meager, quiet voice, nay, a whisper, challenging the local government and our religious institutions to shape up the education of our kids. This one single advocate group, Yaffed, which may have been started out of a feeling of vengeance, anger and frustration, has since refined its criticisms and made their demands more sophisticated. And yet there are still so few current Hasidic parents willing to stand publicly with Yaffed to demand that the state implement its most basic responsibility of protecting the children, or that our institutions carry out the one responsibility for which they exist — to educate our children!

Don’t mistake this silence by parents for a lack of dissent to the party line, or an agreement to the cynical claims by Felder that the many hours of education that Hasidic children get make up for what they don’t get. (In fact, these long hours rob the parents of any possibility to supplement a basic education to their kids who are in dire need thereof.) This silence is one of subjugation and disempowerment. This silence is one of a body that has successfully trained its members to shut up and put up, and to remember that the collective is the only thing that matters. This silence is one that has been hammered in to the psyche of young boys sitting in classrooms for so many hours, where they are told that their world contains nothing more than the words of the teacher standing in front of them. This silence is one that these same kids, as they turn into adults, are continuously shamed into as they are reminded that the one thing they shall not dare do is not conform. This is the same silence that has kept this community from speaking out to protect their children from other ailments that supposedly don’t exist among us.

As a member of the community in good standing, I remember full well the silent debates being held in the community on how to deal with known sexual predators of minors, when said predators were members of the community. The only people willing and able to stand up and take on this issue were those who had already been excommunicated. And none of us need reminding of the horrors we as parents endured when considering which mohel to select, so as to minimize our newborn bundle of joy’s chance of contracting herpes. While some silly extremist rabbi stood tall in the face of the NYC Health Commissioner, exclaiming how he’d defy his demands to test mohels in advance, we the parents rejoiced, knowing that the voice of reason would prevail, and that our mohels would start testing themselves for the disease and eliminating themselves from the pool of available practitioners if found positive on the risk of being reported to authorities.

The silence of the Hasidic community, whether it’s in regard to past or current issues concerning the protection of our children, has no connection with how seriously the community members consider these issues. It is rather a product of the very issue we are dealing with: the lack of a decent education, of critical thinking, and of an awareness of our place in history or society at large. And it is only by fixing these background problems that we will become able to maintain independence in the face of critical family and neighbors, become able to express ourselves, become able to weather social criticism for having a strong opinion, and become able to live with integrity and a possibility of self actualization. Perhaps it is this possible eventuality, more than anything, that so scares the powers that be: For they know what even this whisper of criticism may provoke.

The author is a Hasidic resident of Brooklyn.