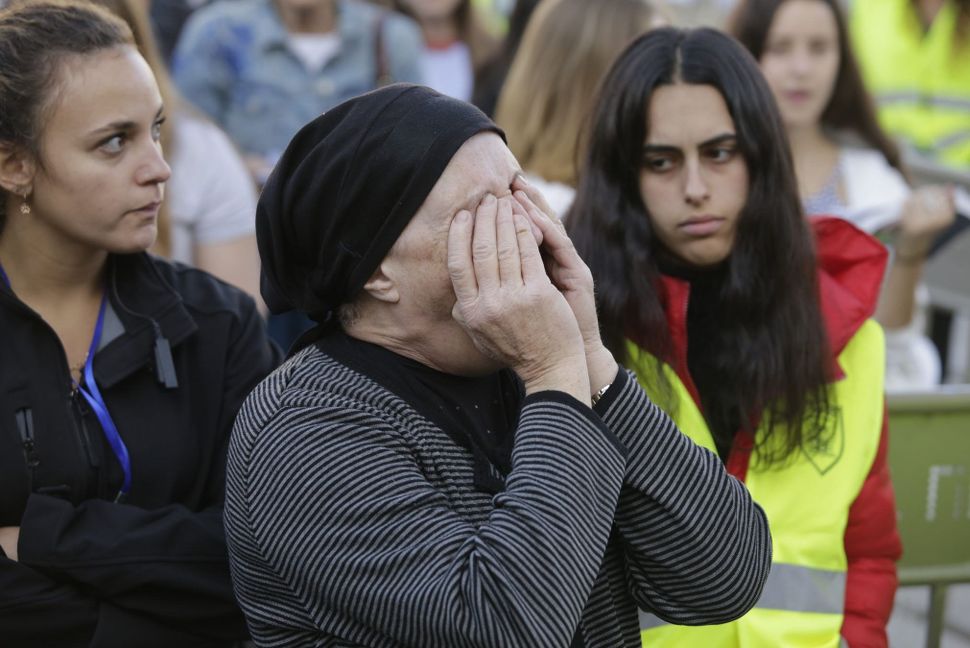 It is Rosh Chodesh Iyar, and over one hundred women have come prepared with Israeli flags and strong singing voices. After a last-minute deliberation, we made the decision to enter the dreaded metal “cage” (the barriers set up for Women of the Wall for the Western Wall Heritage Foundation and police, “quarantining” us on the margins of the women’s section), and we use our expansive melodies to transcend the narrow barricades. “From the confines I called out to G-d…” (Psalm 118:5).

A row of female security guards stand begrudgingly against the barricades, and in front of them, clusters of ultra-Orthodox women throw hateful stares in our direction. Some even bang metal folding chairs, whistle, and yell harsh epithets. Unfortunately, these antics — and their virtual immunity from legal consequences — are nothing new, and for the most part, I can focus on the prayer service without getting distracted by hecklers. But on this particular Rosh Chodesh, one particular protester caught my attention. 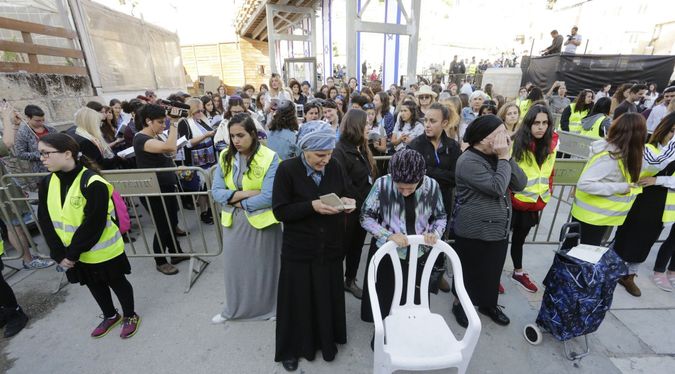 Women of the wall and Orthodox women at the Western Wall. Image by Hila Shiloni

A woman with her face buried intently in her siddur (prayerbook) raised her head a few inches and lifted up her eyes, as she cried out “Ashrei yoshvei beitecha,” “Praiseworthy are those who dwell in Your House…” She persisted through the rest of the prayer, her volume rising and fading in waves — but she grew noticeably louder. By the look of opposition she sent our way, I could infer this was meant as a kind of “statement,” a rebellious expression even, as she expressed her disapproval of our vocal women’s prayer service. Every few verses, she glanced in the direction of our group, as if to “check” for a reaction. But what she meant as a jab at our cause ultimately attested to Women of the Wall’s success in revolutionizing the status quo at the Western Wall and beyond.

Among the incessant disruptions, women were whistling and wearing shawl-like (almost tallit-like, even?) signs meant to oppose Women of the Wall, condemning us as a sacrilege to the holy space. Recently, one of these “not-tallit” signs carried the verse, “For the sake of Zion, I will not hesitate, and for the sake of Jerusalem, I will not be silent, until her justice emerges like bright light and its redemption like a torch of light” (Isaiah 62:1). I know that verse by heart; it is featured in Women of the Wall’s prayer for peace. I reread the words, stunned that this woman and I were inheritors of the same Book, let alone speakers of the same verse. In such different ways. 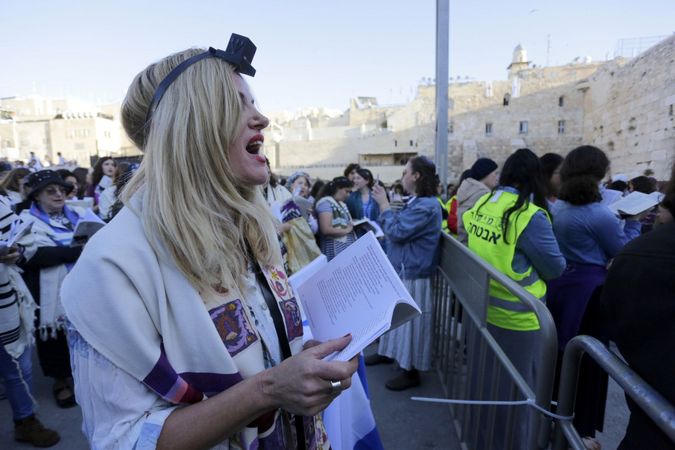 Women of the Wall praying during a Rosh Chodesh service. Image by Hila Shiloni

These spiteful “opponents” are in fact our teammates — even if they do not realize it. Women of the Wall continues to fight for freedom and equality; we champion women’s right to make empowered choices in their Jewish practice and to use their voices to engage with tradition on their terms. That a religious woman is praying at an audible level is a sign of our growing success in shifting the awareness of women’s prayer at the Western Wall. That a religious woman feels emboldened to hold the Torah’s words as her own is a symbol of our progress.

The Torah belongs to all of us, as does the Western Wall. We have a long journey ahead in the battle toward a truly inclusive, tolerant and just society. But all revolutions start first as a whisper, then grow and reverberate with even greater resonance. And we hear the women’s section getting louder, in opposition and in prayer. And those cries are reasons to hope, and to keep raising our voices.