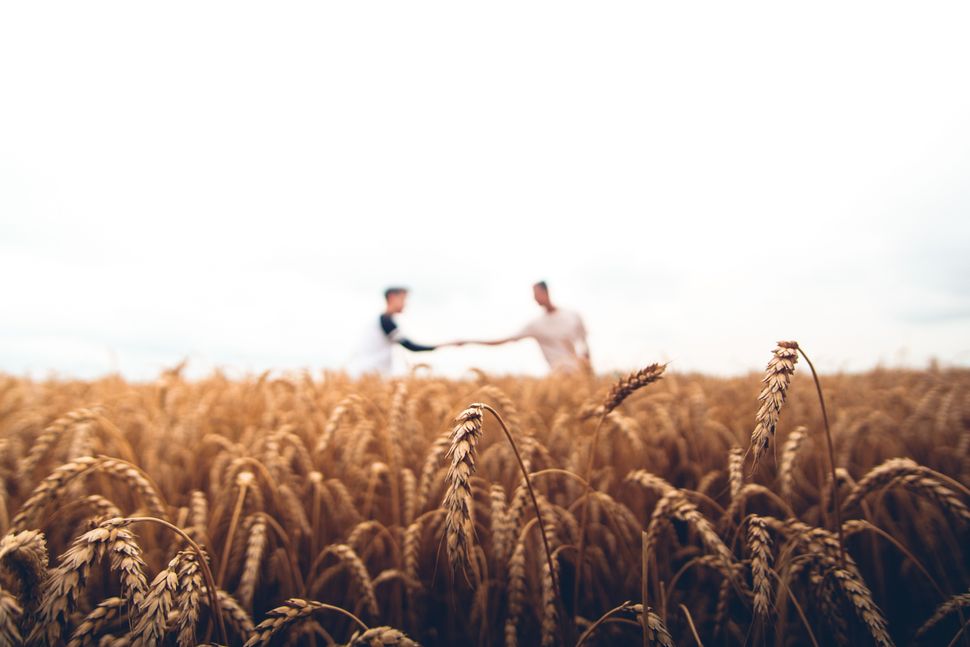 You and I worked together very briefly at the Shalom Hartman Institute. We only interacted a few times, so I’m not sure you remember me. But, unlike your imaginary interlocutor in your book “Letters to My Palestinian Neighbor,” you do actually exist and there’s at least a slight chance that you’ll read and maybe even respond to this. Which points to the central disappointment in the book: You present it as the beginning of a conversation between Jews and Palestinians, but there’s almost nothing of the Palestinian side in your argument. So the book becomes yet another well-written, tightly argued Jewish case for Israel, comfortingly centrist, just to the left of Alan Dershowitz and to the right of Peter Beinart, perfect for an AIPAC tour and visits to JCCs and synagogues. A few days ago, a colleague suggested that we give your book to the graduating seniors at the Jewish school where I work, and I quickly agreed, because you argue our narrative so effectively. But is this the book we need right now?

Particularly, Yossi, from you? Many of us know of your pioneering, radical work with American Muslims. And fans of yours, like myself, have read and admired your explorations of Palestinian-Muslim spirituality. We would have cherished — and in some ways had the right to expect — a genuine dialogue, two narratives, clashing but respectful. Instead, again, just another restatement of our case, destined to zoom to the top of American Jewish summer reading lists.

Even more disappointing, the book’s arguments make it hard for me to imagine that any Palestinian could meaningfully respond. First of all, you often display the rhetorical trick of disavowing so much of what Palestinians find unacceptable. For example, you support two states; you accept ethical responsibility for Palestinian refugees; you oppose home demolitions; you hope your government will stop building settlements; you accept Palestinian peoplehood; you oppose Jewish triumphalist marches through East Jerusalem; you “long ago realized that the historic claims and religious longings that connect [you] to this land cannot justify [your] possessing all of it.”

But for Palestinians, the problem is the Israelis, including a majority of the present government, who don’t support two states, who march like conquerors through East Jerusalem, who continued to build settlements during peace talks, who reject Palestinian peoplehood. For Jews with positions like yours (and mine, and most American Jews), the urgent task for moderate Palestinians (the only kind who would possibly read your book) wouldn’t be dialogue or conversation — it would be realistic negotiations toward a solution. You often present yourself in the book as the voice of the Israeli Jew, battered, cynical, but still ready to compromise. But you and I both know that there’s a growing tribe of Jews without any of your concerns for democracy, or your respect for Palestinian human rights. Why waste time in dialogue with you, a moderate Palestinian might say. We already agree on the basics.

And then there are the claims you make that no Palestinian could accept — mostly your loving embrace of the religious, biblical narrative. Several times in the book, you profess your enchantment with the “spirit of the settlers,” something we also saw in your previous book “Like Dreamers.” You seem particularly enamored of the Jewish enclave in Hebron, where you felt yourself a “returning son.” But for Palestinians, and probably for most American Jews, the biblical impulse to build settlements in the West Bank is precisely what’s sabotaged an agreement.

And really, Yossi, how could any Palestinian whose family has lived in Hebron for generations possibly see you, an American-born Jew, as a “returning son?” You claim that if only Jews and Palestinians could appreciate our mutual, conflicting religious longings, we’d understand each other enough to negotiate peace. But aren’t these religious longings the very thing that prevents us from seeking peace? How exactly does articulating what from the other side can only be considered mythical, romantic and unacceptable stories bring us closer to peace?

In fact, if your book taught me anything, it’s that we must begin the admittedly difficult process of privileging basic values over national, religious narratives. In discussing Arab rejectionism after the 6 Day War, you write, “What people, in our place, would have resisted reclaiming land it regarded as its own for thousands of years?” But the answer to this question is obvious: a people who valued peace and democracy and human rights over historical/religious narrative. People who weren’t willing to sabotage future peace negotiations by giving in to religious longings, no matter how deeply felt. People who loved peace more than they loved the ancient stories of their people. In other words, people like you and me and many Jews, in Israel and out. But not, sadly, enough.

Yossi, you’ve spent an admirable career synthesizing ethics and narrative; myth and practicality; longing and reality. That tension pervades your last book, a true masterpiece of memoir, journalism and theology. But I’m not sure you’ve ever really faced the hard fact that sometimes we have to choose between the two poles, to reject one to gain the other. I have no expectation that any Palestinian will read, much less respond to, this. So my conclusion here is for us Jews. It’s time to choose.